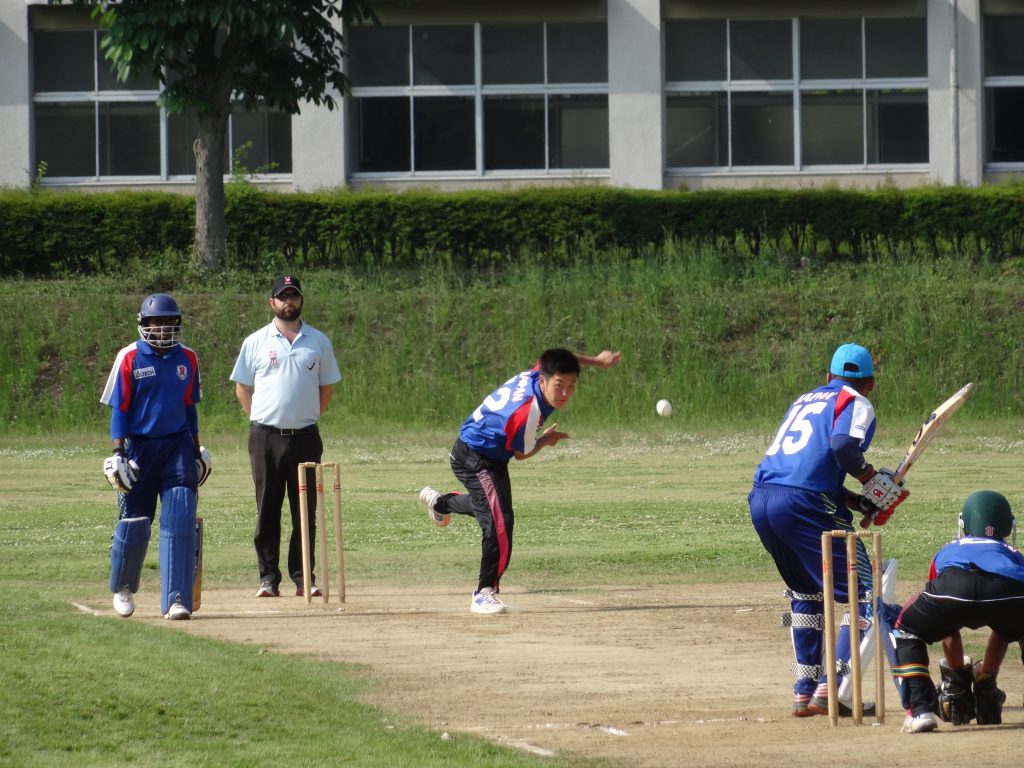 The West Kanto Hurricanes finished bottom of the pile in the 2016 season, but began JPL Two in fine fashion on May 28th with a double demolition of the North Kanto Lions.

Playing on turf, the all Japanese side took the game to the Lions and had them in trouble immediately as the home team looked lost despite the big reputation of their top five. Opening bowers Yamada and Tomizawa picked up a wicket each, but it was the spinners who really maimed the Lions. 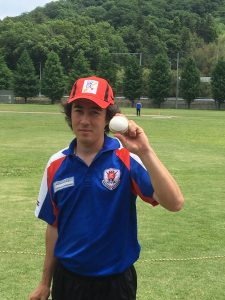 Makoto Taniyama conceded just six singles from his four overs, while Bebe Miyaji grabbed five for 27 on his debut in the revamped Premier League to dismiss the Lions for just 81 in 17.5 overs.

Opening batters Taniyama (21) and Raheel Kano (30) decided attacking was the best option, and had half the total knocked off inside four overs. After the former was dismissed trying to clear the infield one time too many it was down to Miyaji (17*) to steer his side home by eight wickets with his only boundary being a six over square leg to win the match.

In match two the Hurricanes were surprisingly sent in to bat and the two openers reached 40 without loss inside three overs second time out. Taniyama (21) was first to go again but Miyaji (40) and Kano (52) added 79 for the second wicket as the Hurricanes racked up 181/7.

The Lions again struggled at the start, Kakeru Ebisui cleaning up danger man Hanif Khan before 2016 top scorer Supun Nawarathna gave the Lions hope as he blitzed 61 from just 28 balls. However, his dismissal, again by the off-spin of Miyaji, left the Lions struggling and Shodai Yamada cleaned up the tail to finish with five for 34 and a 17-run win to go top of the table.

Meanwhile in Sanmu, Chiba, the South Kanto Super Kings’ battled through some nervous moments to get the better of the East Kanto Sunrisers in both matches.

In the morning match, the Sunrisers batted first and compiled a very competitive 128/6 on the tricky Sanbu no Mori pitch. Kuldeep Bisht (27) got the Sunrisers off to a brisk start before Japan international Tsuyoshi Takada (23*) struck some valuable late runs. Manoj Bhardwaj was the pick of the Super Kings bowlers with 2/15 off his four. 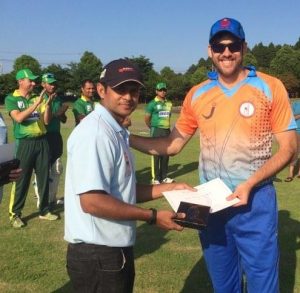 New Super Kings signings Alex Patmore and Richie Bracefield got their team off to a positive start. Two breakthroughs from Pushkar Kaushik (2/11) gave the Sunrisers a sniff of victory but missed chances proved costly, the Super Kings cruising passed the target with two overs to spare. Bracefield was named man of the match for his unbeaten 54, captain Vinay Iyer also contributing a timely 23 runs.

The Super Kings batted first in the second match and expected to continue where they had left off but this did not turn out to be the case. A rejigged batting line up seemed to unsettle the Super Kings as wickets fell consistently through the innings. The medium pace of Kaushik (2/15) again caused issues before leg spinner Rony Parvej (3/11) carved through the Super Kings middle order. Amigo Kobayashi and Iyer’s partnership helped steady the innings but the Super Kings were eventually bowled out for 87.

Most spectators assumed it would be an easy chase for the Sunrisers, especially after Dhugal Bedingfield took two boundaries off the first three balls of the innings. But the Super Kings had other ideas. Iyer made the inspired decision of opening the bowling with his leg spinner Sabaorish Ravichandran, who proceeded to bowl what was most likely the best four over spell seen in the short history of the JPL. His 5/3 effectively killed the Sunrisers innings. Captain Navin Jinasena showed some fight with a battling 22 but his side were bundled out for just 45.

Match day 2 will be held on July 23rd when the Hurricanes travel to Yokohama to face the Super Kings and the Sunrisers travel to Sano to take on the Lions.