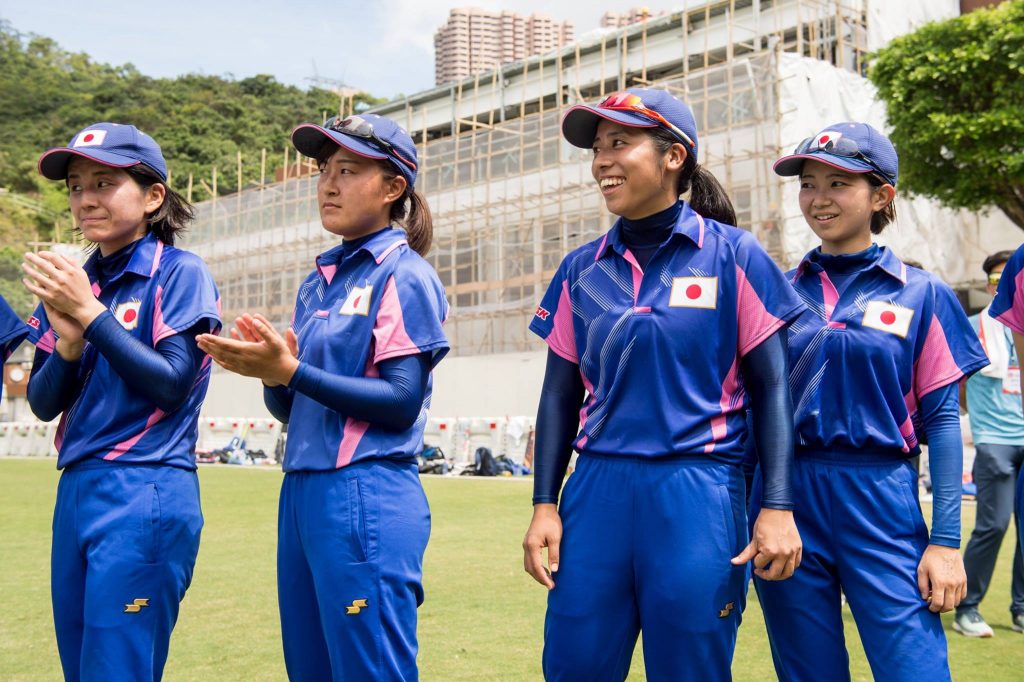 Due to work commitments Kobayashi only landed in Hong Kong at 4am and with the game starting at 9:30am there was little time for rest. 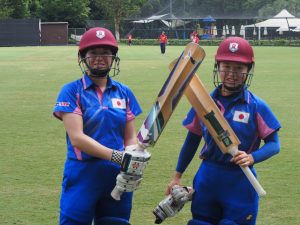 Batting first an excellent opening partnership of 49 between Mai Yanagida (21)and Miho Kanno (22) laid a great platform before wickets began to fall. Kobayashi helped keep things together with 18 and a score of 110/8 felt competitive at halfway.

Japan started well with the ball too, taking four wickets for just 14 runs in the first 5.3 overs, two each for Shizuka Miyaji and Kobayashi. A 50 run partnership between Park (27) and Kim (21) gave Korea hope before Kobayashi returned to dismiss both of them and finish with figures of 4/24.

15 runs were needed off the last over but the experience of Miyaji helped Japan to a nine-run win by bowling with great control and also completing a run out.

Japan will play China tomorrow morning and the best way to follow the matches are through our Twitter page (https://twitter.com/CricketJapan) which will be updated every five overs. This is also the only match that will be live streamed, the link will be on our Twitter feed.