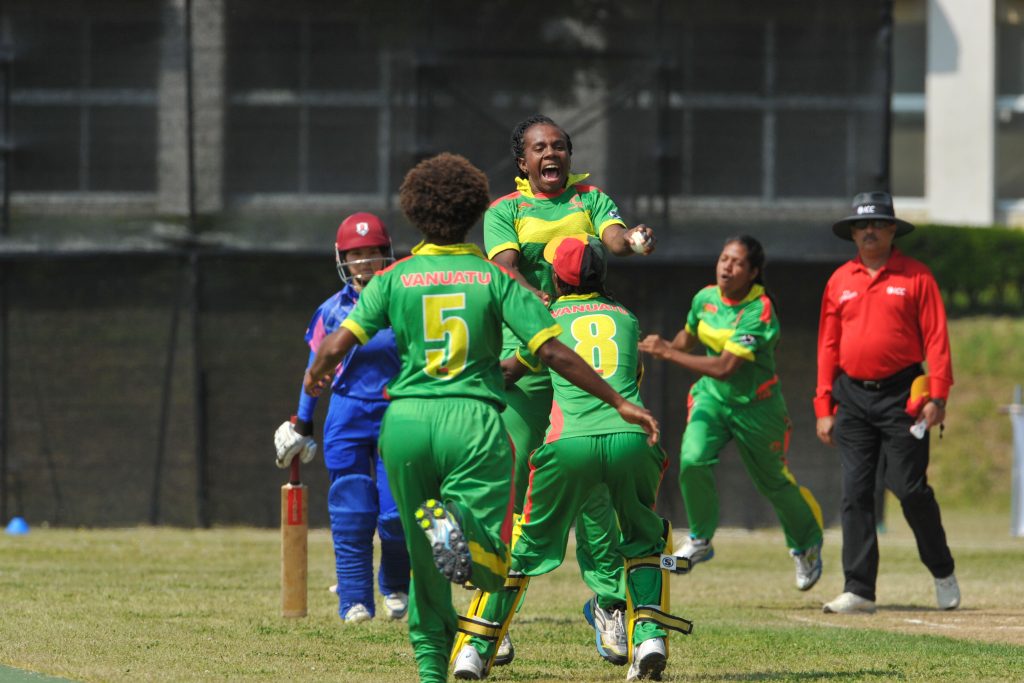 Vanuatu beat Japan for the first time in their history at the Sano International Cricket Ground today.

Set only 62 to win, they chased down the small target for the loss of six wickets, inside 15 overs in their second match of the ICC Women’s World T20 Qualifier – East Asia-Pacific.

A fine all-round performance, including a magnificent straight six to win the match, by young spinner Nasimana Navaika (4-15 and 15*) led Vanuatu to victory.

Earlier, Japan got off to the worst start as Shizuka Miyaji was run out without facing from the very first ball of the match.

Captain Kurumi Ota (13) looked to be in good touch with a couple of lovely strokes to the boundary. She could not kick on and when she was caught at cover in the seventh over the Japanese batting collapsed,  going from 28-1 to 38-6 in the space of four overs.

Defending that total was always going to be a tough ask.

Vanuatu lost one early wicket but dropped chances early on made it difficult for Japan to put any serious pressure on the Vanuatu batters and they were cruising to victory at 41-1 after just seven overs. 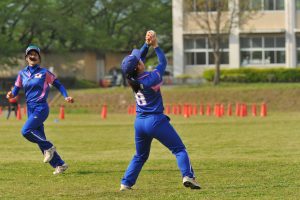 However, it was a case of what might have been for the Japan players Vanuatu fell to 44 for 4. Shizuka Miyaji (1-7) was rewarded for her fine bowling and got the breakthrough wicket and in the very next over Kanae Ishimoto (3-19) picked up two wickets.

Kurumi Ota (1-9) also picked up a wicket towards the end but player of the match Navaika finished the match in style.

After the defeat, coach Katrina Keenan said: “The result was disappointing. We lost wickets and momentum after a good start with the bat. An extra 10-15 runs might have made a difference as the winning totals have not been that high in the tournament.”

Looking ahead to tomorrow’s match with Papua New Guinea, Keenan said: “PNG look very strong, well balanced but with pressure any team is vulnerable and we saw that today.”

In the earlier game of the day Samoa defeated Papua New Guinea by 16 runs to go top of the table after two wins from two. Thanks to some late hitting, Samoa posted 99-5 from their twenty overs. Papua New Guinea could not chase it down and were bowled out for 83.

The final matches from the first half of the tournament take place tomorrow with Japan playing Papua New Guinea from 1.30pm.