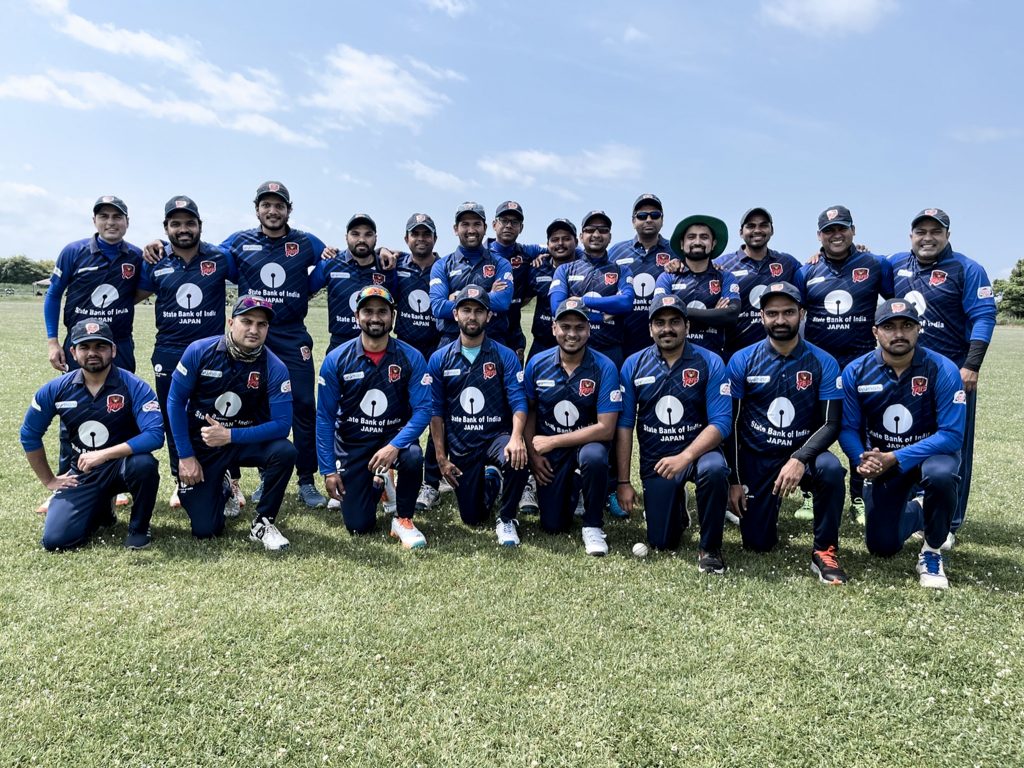 Tigers Cricket Club are being largely overshadowed this year, such has been the manner in which the Rangers have taken to Division One, but with six games played they remain the only other unbeaten side in the league.

Their latest victory, over the in-form Men in Blue, was built on a run-a-ball 62 from Anas Mohammad as Tigers posted 195 all out, VIvek Singh the main man in blue with four for 33.

Sabaorish Ravichandran then made sure the Tigers maintained a stranglehold with the ball, taking three for 11 from six overs to have his team well in control before a frustrating 33-run stand for the 10th wicket denied them a bonus point. A win by 24 runs still represented a fine day at the office.

The Rangers remain top however, after putting away the 2021 Champions the Chiba Sharks despite being reduced to 67 for five in the 12th over. They recovered firstly thanks to Kasun Gamage (50) but even at 146 for eight they looked well short of a competitive total before Manoj Lakmal struck 40 from number 10 to propel them to 224 all out.

Taking that momentum into their defence the Rangers speared two Sharks in the first eight balls before Dhugal Bedingfield (56) and Ibrahim Takahashi put on exactly 100 to give the Sharks hope. Ultimately Lakmal was their undoing again as he mopped up the lower order to finish three for 35 to dismiss the Sharks for 196 and claim a win by 28 runs. 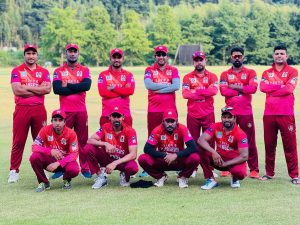 The chasing pack remains tight and the battle for the final play-off place is as intriguing as ever. Sano CC are now the team in possession after a routine dismantling of Paddy Foleys. Five Sano bowlers were in the wickets to shoot Paddys out for just 87, Makoto Taniyama the pick of them with three for four. Before Kazumasa Hiratsuka cracked 48 to break the back of the chase and give Sano an important bonus point win as they romped home by seven wickets.

Wyverns remain in the hunt for a semi berth and they dispatched the Tokyo Wombats with consummate ease. Richie Bracefields 42 at the top of the order was as good as it got for the Wombats as they were rolled over for 135, Buddika Nanayakkara taking four for 25.

A pair of 40s from Wataru Miyauchi (44) and Shogo Kimura (48) made sure there was no slip up for the Wyverns who ultimately coasted home with eight wickets in hand and a bonus point to boot. Both batters also moved into the top three run scorers for the season, and Kimura to the top in what is turning into an excellent season for the former baseball star.

The Tokyo Falcons hopes of making finals remain alive after Sanket Pandhari starred in their bonus point win over a MAX Cricket Club who have managed just one win in seven this year.

A surprisingly sedate 67 from Hanif Niazi gave MAX a platform but Pandhari removed the entire top order and returned to grab the last wicket in a match reduced to 35 overs because of the heat. His five for 35 was just the start however, as the target of 177 was chased down with five wickets to spare and he crashed a six to win the game and bring up his half century from just 39 balls. 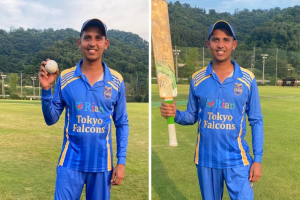 Heavy rain meant that the Alpha Quashers slip out of the top four as they shared the points in their abandoned contest with the Rising Stars. 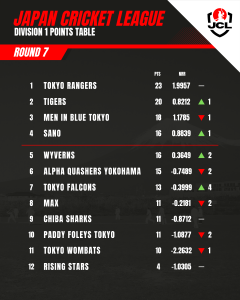