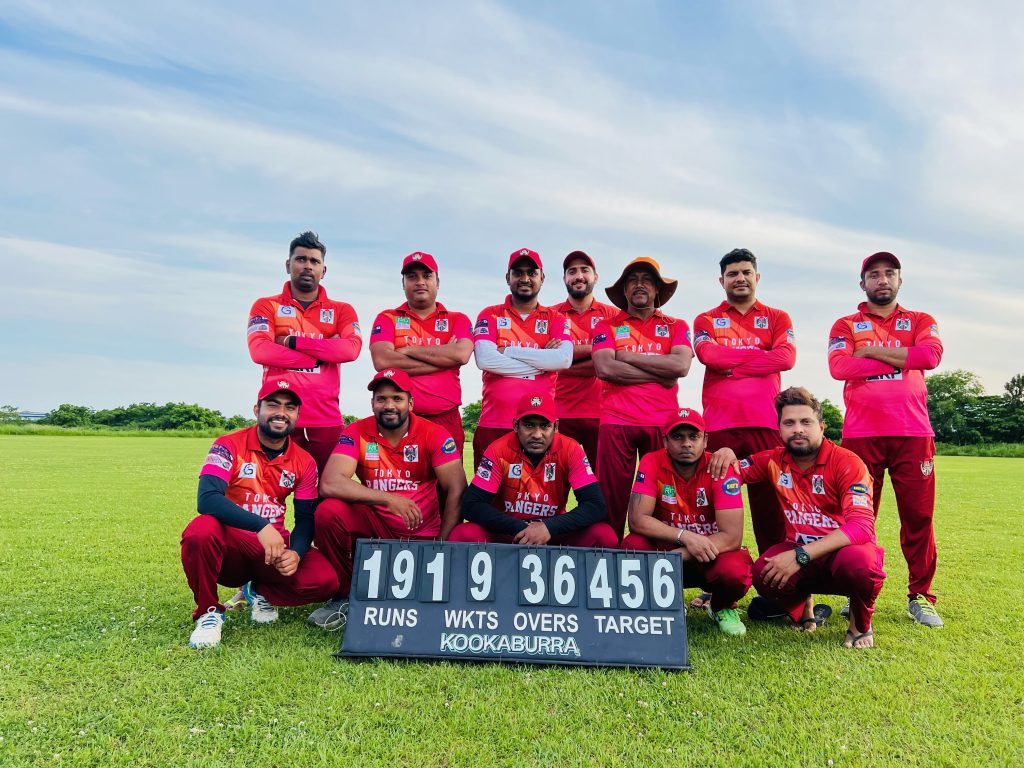 Rain ruined Round Three of the Japan Cricket League, with just two of the six fixtures being completed. However, that was still enough for the newly promoted Tokyo Rangers to climb to the top of the table, despite having played a game less than everyone else.

Taking on the Tokyo Falcons, the Rangers were up against it as Anubhav Srivatsava compiled a solid half century to lead the Falcons to 128 for two in the 25th over. However the dismissal of Srivatsava for 52 sparked a collapse of eight wickets for 52 as Kasun Ganesh grabbed three for 16 to dismiss the Falcons for 179.

The Rangers stuttered at the start, losing two wickets inside the first four overs, before a 95-run partnership between Shakib Hasan (51) and Vinoth Kumar Takoor (46) set the Rangers on course for a win by five wickets.

In the only other game to be completed the Alpha Quashers had Gurman Singh to thank for an opening spell of eight overs two wickets for just seven runs as the Men in Blue were reduced to 32 for six after 19.1 overs.

Some late hitting by Vikash Ranjan (34*) lifted the Men in Blue to 132 all out and he continued his virtuoso performance by taking four for 33 as his team tried to defend an under par score.

The Quashers batting had enough to get home, 39 from Rohit Kesari providing the backbone while others played expansively enough to win with three wickets in hand and earn a bonus point.

The games washed out were Paddy Foleys vs MAX CC, Rising Stars vs Chiba Sharks and Tigers vs Tokyo Wombats.

The Rangers played on the second weekend of Round Four and were briefly removed as table toppers, but took top spot back with an absolute savaging of the Tokyo Wombats.

While this column cannot state with certainty, we are confident that the 455 for five is the highest ever score by a team in Division One of the JCL, or any division for that matter.

In total there were a ridiculous 35 sixes hit in the innings and more lost balls than Fuji normally gets in a season.

Zubair Bappi managed respectable figures of three for 52 amidst the absolute wreckage of a bowlers card where nobody else went at under 11.6 runs per over. Ouch.

Milinda Sanjaya then rounded off a phenomenal day for the Rangers by taking five for 24 as they dismissed the Wombats for 204 despite a fighting 57 from Muhammad Ali. A win by 251 runs is about as comprehensive as you can get, and with three wins from three the Rangers are beginning to look like a serious proposition. 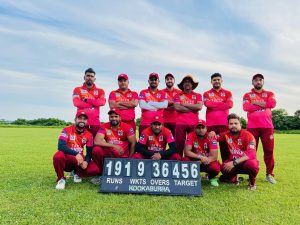 Sanjaya’s figures were briefly the best in the Division, however the first six-wicket haul of the season was taken in a rain reduced match at the Sano International Cricket Ground which keeps Men in Blue right on the heels of the Rangers at the top of the league.

The Rising Stars made a decent start in the chase with TRS Sunny (56) and Rakibul Hasan (73) leading them to 100 for one in the 15th over but Vikash Ranjan (three for 46) continued his excellent season by removing both of them before Akshay Hedge took over, running through the tail to finish with figures of six for 40 and a 56-run win for the Men in Blue. 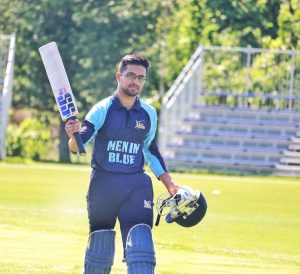 The Tigers were briefly top of the table after a tense one-wicket win over the Chiba Sharks. Batting first the Tigers restricted the Sharks to 164 all out thanks to four for 31 from Kaushik Sakhiya before Ajay Thakur’s 67, easily the highest score of the day, anchored the chase. His dismissal in the penultimate over with five runs still needed made for a tense finish with the Tigers just scraping home to remain unbeaten this season.

The Tokyo Falcons have struggled so far this season but were grateful to the Wyverns bowlers for their generosity in a three-wicket win anchored by 51* from Sarfraz Petkar.

Set 228 for victory after Shogo Kimura (79) and Wataru Miyauchi (68) gave Wyverns a dream start with a 159-run opening stand, the Falcons watched on as Wyverns bowlers gave them 48 in extras, including 34 wides, which ultimately allowed the Falcons to scrape home with an over to spare. 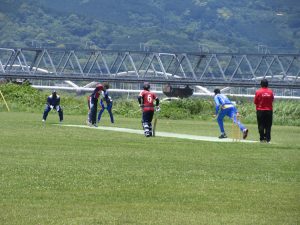 The other newly promoted team, Paddy Foleys, continue to impress and a seven-wicket win over the Alpha Quashers keeps their momentum going. Zahid Ullah took four for 33 to dismiss the Quashers for 176 before hitting an unbeaten 54 from 35 balls to wrap up the win with a bonus point to boot; remarkably the only bonus point of the round.

The contest between MAX CC and Sano was washed out after heavy rain the night before led to an early decision not to play by both teams.

Here is the current standings. 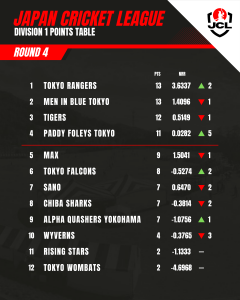