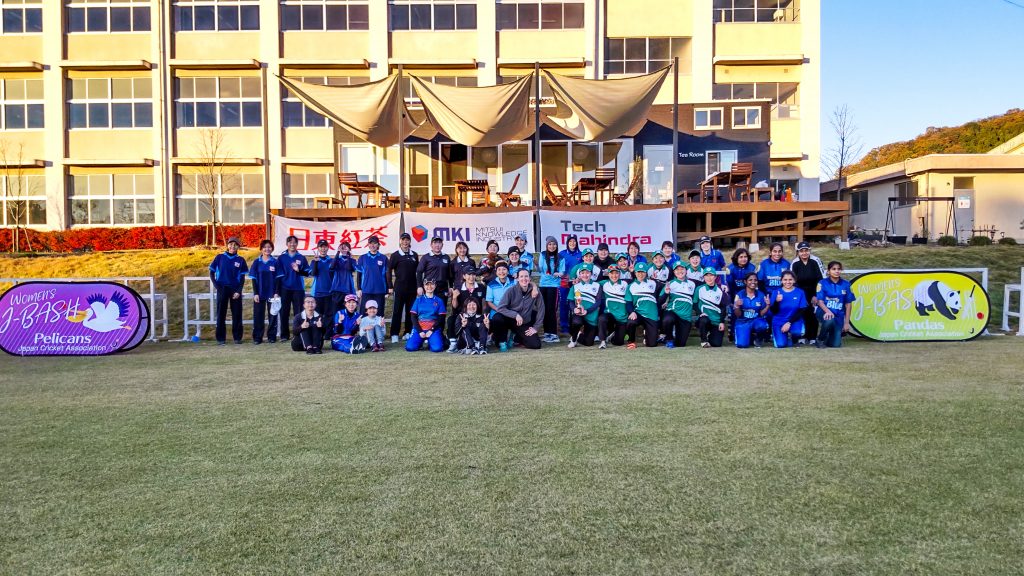 On Tuesday 23rd November around 50 ladies took part in the J-BASH Challenge League at the Sano International Cricket Ground.

Six teams took part in the event, all playing three matches in the group stage before playing off for places in the final round.

The teams were a mix of established clubs, brand new outfits and universities with many players graduating from the J-BASH Social days, that have run over the last two years, to play their first hard-ball experience.

Sendai University CC, who won the inaugural event in 2020, were again the champions, this time defeating Sano CC in the final meaning that they were unbeaten during the tournament.

We would like to thank all the teams for taking part in what was an excellent day in great weather at the SICG and we hope to run many more of these events in the coming years.

Thanks must also go to our volunteers from the Women’s National Squad and Men’s Academy Squad who made sure everything ran smoothly on the day.

The results were as follows: