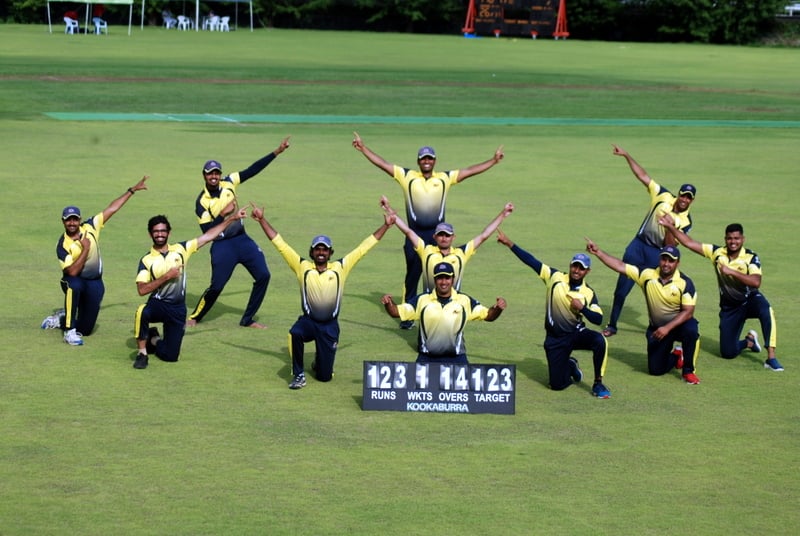 Alpha Quashers Yokohama have long been known as a team without stars, but one where everyone chips in. This has served them well in T20 cricket where back to back Japan Cup Final appearances are testament to the tactics, but in the Japan Cricket League they have often been found wanting at the key stage of the season. So the signing of 2016 Japan Player of the Year Vinay Iyer represented a big shift in strategy, but one that looks like paying off. 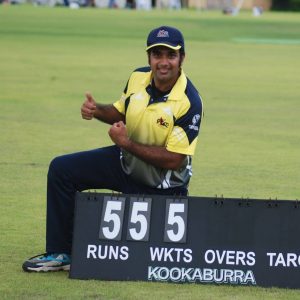 After a half century in his first match, he backed that up with another against the defending champions the Chiba Sharks, and grabbed a five wicket haul, including a hat-trick, for good measure.

Batting first the Sharks cobbled together a below par 122 all out in just 27 overs. At 52/1 and with Under 19 World Cup starlets Marcus Thurgate (21) and Neel Date (30) at the crease things looked OK for the Sharks, but Iyer then took the match by its horns.

First he grabbed five for 25 to turn the innings around, then combined with Karthik Vellingiri (50*) in an opening stand of 108 before being dismissed for 55. The Quashers cruised home to win by nine wickets and announce themselves as genuine title contenders.

The other great pretenders in the JCL are Wyverns, who will also be thinking that 2020 could be their year as they recorded an equally thumping win over the Rising Stars. Some solid batting by Naimul Sayed (32) and Mohammad Haque (30) had laid a platform for the Rising Stars at 81/1, before another spinner took over. 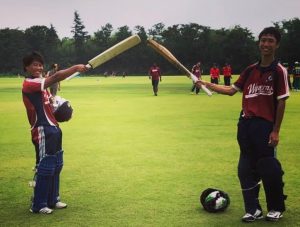 Raheel Kano was the man doing the damage this time, his six for 28 helping shoot the stars down for just 123. It was a walk in the park for Wyverns from there, Wataru Miyauchi dominating an unbroken opening partnership of 124, striking 76* from just 50 balls, while Masaki Kawashima cruised to an unruffled 36* to give Wyverns a ten-wicket win.

One team not expecting to challenge for the title this year is Tokyo Falcons, who after a winless first season in Division One had cause to celebrate after finally breaking their duck. Bowling first against the Tokyo Wombats, they had to wait as veteran Dan Mee bludgeoned a quick 44 from 48 balls, and his team looked in control during a 45-run opening stand.

The Falcons burst to life with the introduction of Tharindu Perera, whose three for 17 precipitated an almighty collapse in which the Falcons took all ten Wombats wickets for just 48 runs. That gave the Falcons a target of just 94 to celebrate their first ever win in Division One, but they made hard work of it. 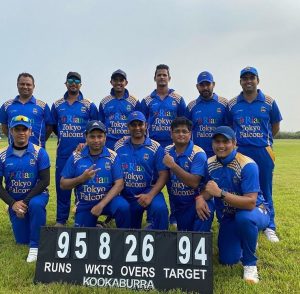 Pramod Singh kept Wombats hopes alive, picking up three for 19 to leave the Falcons teetering at 48 for six, but a 35-run stand for the seventh wicket between Manish Kapil (19) and Ankit Panwar (13*) almost got them home, before two more wickets fell late on. The Falcons eventually stumbled across the line to win with two wickets remaining, and even picked up a valuable bonus point.

In an high-scoring match at the Sano International Cricket Ground, title chasing Tigers CC were given an almighty scare as 15-year-old Shotaro Takahashi became the youngest player ever to complete a half century in the top flight of the JCL.

Batting first Sano had contributions from Musashi Yamamoto (21), Prabath Dhanushka (43) and Pradeep Roshan (39), but Takahashi junior stepped out of the shadow of his older brother and struck seven boundaries on his way to 56 off 60 balls as his team made 209 for seven from their 40 overs, Puneet Kumar the pick of the bowlers with three for 40. 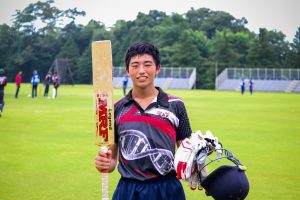 Ranjith Mouli and Anil Kumar then each scored 65 in the chase, with Sabaorish Ravichandran picking up 40 as the Tigers moved easily to 190 for the loss of just two wickets, before a sudden collapse caused chaos in the ranks.

Sano took six wickets for 16 runs as TIgers slipped to 206 for eight, Shammera Pathum and Roshan with three wickets each, but Tigers top order had done enough and they squeezed home with two wickets to spare, Kumar striking the winning boundary much to the relief of his teammates.

That win kept Tigers on course for a Semi Final berth, along with MAX CC who were grateful to Hanif Niazi who finally found some form with the bat. His 53-ball 66 included seven maximums in a partnership worth 101 in 14 overs with Supun Nawarathna (38). 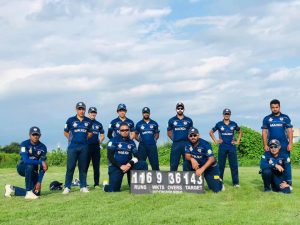 Men in Blue had plenty to celebrate however, Prashanth Manvi taking five for 24 and Abhipray Dewan four for 25 as MAX only managed to bat 27.5 overs before being all out for 145. Unfortunately for MIB there was nobody able to stay with Dewan long enough in the chase.

Despite his battling 50, the three for 21 from Shubham Shukla was enough for MAX to run through the MIB batting order for 116 to earn a 29-run win, although they were denied the bonus point.