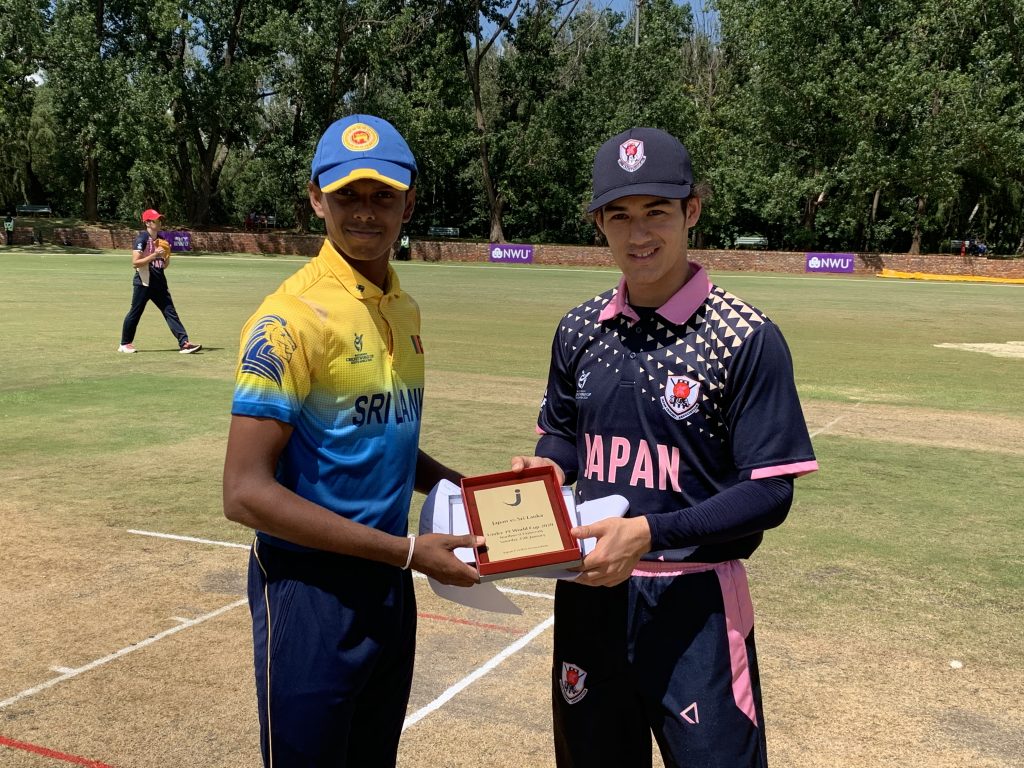 The Japan Under 19 team had to wait al 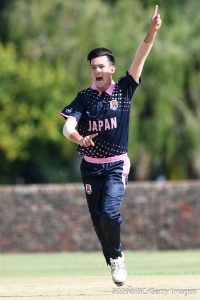 most seven hours to start their final Group A match against Sri Lanka at the PUK Oval in Potchefstroom.

Heavy overnight rain meant that the outfield was flooded in parts and the ground staff had to work exceptionally hard in hot weather to make sure any play was possible at all.

The contest eventually began at 14:50 local time and was reduced from 50 overs to 22 per side; Sri Lanka then won the toss and chose to bowl first.

Dilshan Madushanka delivered a devastating opening spell as the Japanese batsmen tried to be positive in the shorter format of the game. His early wickets meant Japan had to battle all the way through and were dismissed for 43 after 18.3 overs.

In reply Kento Ota-Dobell clean bowled Navod Paranavithana to claim his first wicket of the tournament but thereafter Sri Lanka moved past the total without further loss to win the game by nine wickets.

Although a tough defeat for Japan the journey continues for this young team who have much still to play for with England confirmed as the next opponents on Monday at the Witrand Oval.