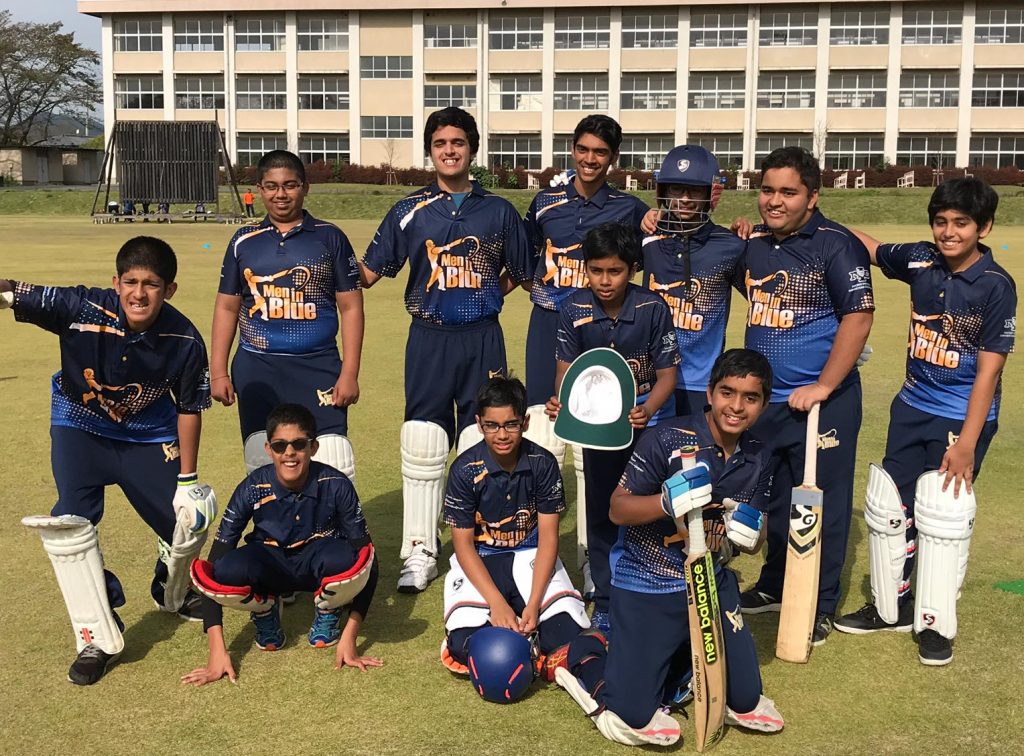 After a postponement due to Typhoon Hagibis, the Japan Under 15 League finals day took place on November 3rd at the Sano International Cricket Ground.

Four teams were competing in the top division: Sano Braves finishing the season on top of the table, followed by Men In Blue, GIIS A and Akishima Aviators.

In the first semi final the Braves took on the Aviators with the Braves batting first.

Captain Junpei Hayashi, Ruan Kanai and Hirotake Kakinuma all made valuable 20s for the Braves on their way to 123/5 while Keigo Kawakubo picked up 3/16 for the Aviators.

In reply, Masato Morita played a lone hand for Akishima, scoring 39 before being bowled by Shotaro Takahashi, his team all out for 83.

In the second semi GIIS A batted bravely against the pace of Vinamra Sethi (2/13), finishing on 110/5 with Shota Kubota top scoring with 18.

Men In Blue made light work of the chase, reaching the target in the tenth over, Vinamra Sethi top scoring with 37, and Aditya Phadke finishing not out on 28.

Three grounds were in use for the afternoon with a temporary third ground adding to the carnival atmosphere at the SICG.

In the division 1 third place play off the Aviators scored an impressive 138/8 off there 16 overs, Morita again top-scoring with 38 and Taisei Suzuki making 28 while Prakhar Jain was the pick of the bowlers for GIIS A with 4/15.

In reply the Aviators bowling was too strong for GIIS A, who finished all out for 54. 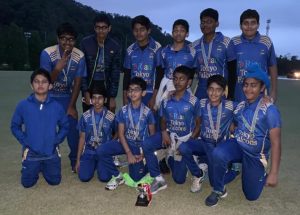 Meanwhile, the divsion 2 final was taking place on the main ground between Tokyo Falcons, who had gone through the season unbeaten, and GIIS B.

Batting first GIIS A got off to a good start thanks to a fine opening partnership from Arpan and Archit Choudhury but the Falcons managed to fight back to bowl them out for 74 thanks largely to the bowling of Nihar Parmar (3/14) and Mahip Jain (2/6).

The Falcons achieved the target in the tenth over without the loss of a wicket, Nikhil Pol providing the crowd with some highlights, including two sixes, on his way to an unbeaten 41.

In the division 1 final Sano Braves batted first, scoring an imposing 141/5 off their 20 overs, Shotaro Takahashi top scoring with 38 and Hirotake Kakinuma making a quick 36, while Anish Shekhar kept bowled tightly for Men In Blue, taking 3/18. 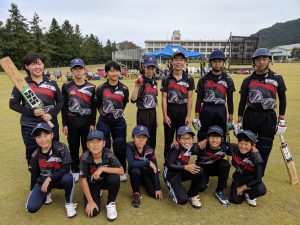 Sano Braves – U15 Division 2 runners up

In reply the Men In Blue top four blasted several fours and sixes and had too much fire power for the Braves bowlers to handle, Vinamra Sethi (48 not out), Anish Shekhar (25), Aditya Phadke (24 not out) and captain Manav Natarajan all contributing well as they reached the target in 14 overs.

Congratulation go to Men In Blue and Tokyo Falcons for winning their respect divisions this year.

Congratulations also go to the volunteer managers, coaches and all of the parents who have made the Japan Under 15 league a success.