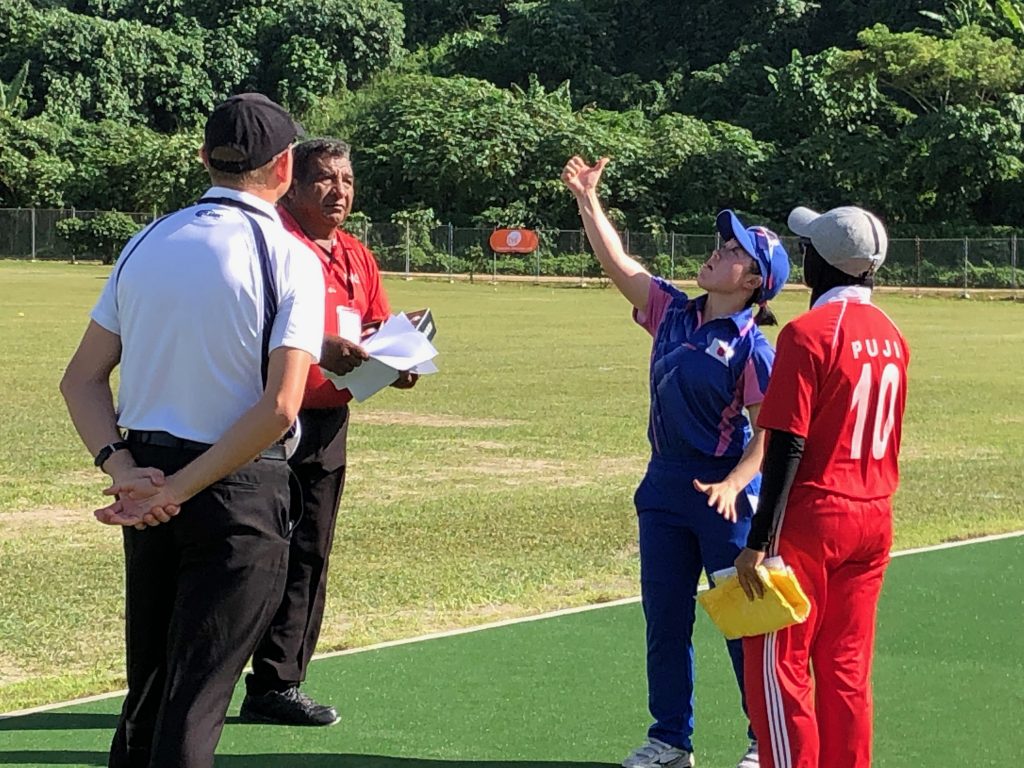 The Japan Women’s Team played their first ever official T20 International (after the ICC recently granted full international status to all member nations) today, against Indonesia in the ICC Women’s EAP Qualifier in Vanuatu.

Batting first Japan made a rocky start but were indebted to Erika Oda who anchored the innings with 36* from 48 balls. She was aided at the end by Shizuka Miyaji (18* from 20) in an unbroken stand of 35 which lifted Japan to 101/6 from 20 overs.

It is testament to the improvement in standards in the EAP region that the total was not nearly enough against a team playing in their very first ICC Women’s competition.

Although Rio Endo (2/14) made the breakthrough, Indonesia completed the chase in 17.2 overs to win by seven wickets and make a great start to the tournament.

Japan will play Samoa tomorrow, who won their first match of the tournament comfortably against Fiji by nine wickets.

Elsewhere in the tournament Papau New Guinea (PNG) recorded two wins, firstly defeating the hosts Vanuatu by 57 runs and then Indonesia in the afternoon by nine wickets to move top of the table at the end of day one.