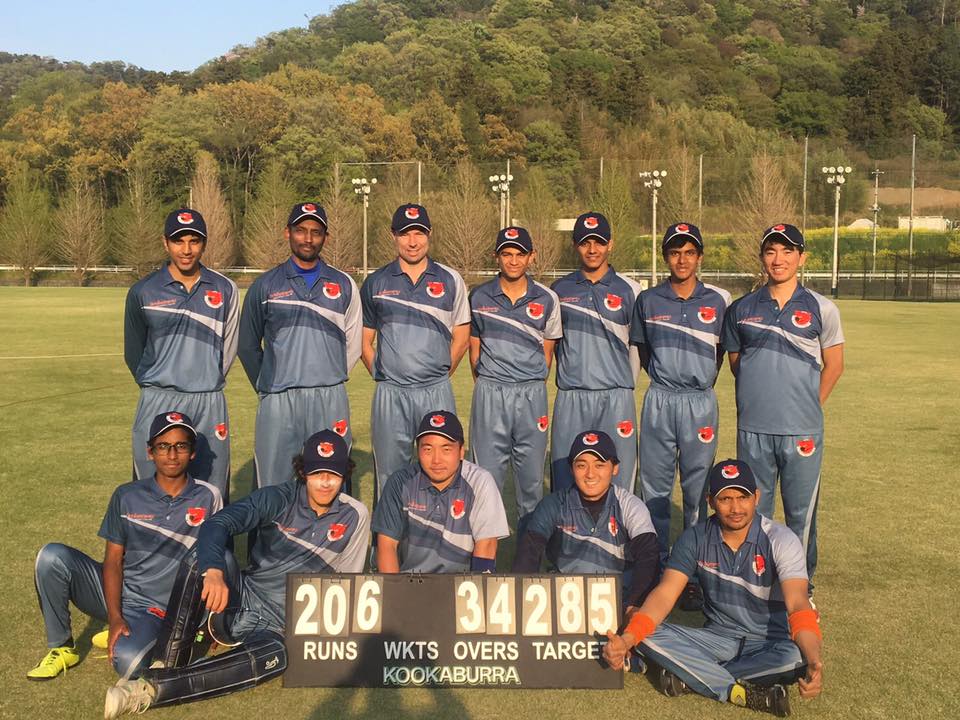 After the drama of Round One, the second installment of the Japan Cricket League was always likely to revert to type, but that’s not to say there were not a few surprises along the way. 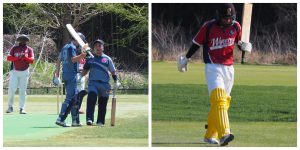 The Chiba Sharks are the early pace-setters after a see-saw match against Wyverns at the SICG. Batting first there were more runs for skipper Dhugal Bedingfield, his 82 laying the foundation for a total of 284/9. He was supported superbly by Tsuyoshi Takada who made a run-a-ball 53 in a stand of 116 for the 4th wicket.

Nozomi Tomizawa, up against his old side, made early inroads and finished with 4/49, his best return in three years and leaves him with more JCL wickets in two matches than he managed in all of the 2018 season for the Sharks.

It was then the turn of the Sharks bowlers, Muneeb Siddique (3/37) and Rui Matsumura (2/24) to run through the Wyverns top order. At 19/4 the game looked over, before an entertaining stand of 127 between Tomizawa (37 – he now has more runs in a season after two matches than he ever managed for the Sharks), and Shogo Kimura. The former baseballer smashed 80 and never looked like getting out, but the required rate of ten an over proved too much as Sharks took the required wickets to win by 78-runs and go top. 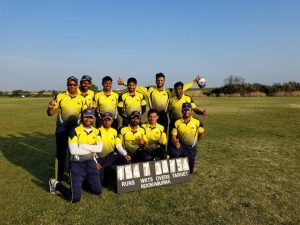 AQCC and the Tigers had contrasting fortunes in Round One, so the smart money was on Tigers keeping up the pressure at the top. The Quashers had other ideas however, as spin twins Devendra Dhaka (3/27) and Karthik Vellingiri (3/19) ran through the batting and only Ankit Thakur with 57 provided any real resistance.

A target of 154 looked achievable, but after a rare failure with the bat Sabaorish Ravichandran decided to open the bowling and was in the action right away. His 4/21 had AQCC stuttering at 109/7 after contributions from Nandha Rangasamy (35) Vijay Sundaram (37). An 8th wicket stand of 47* from Raman Tanwar (18*) and Gurman Singh (24*) took the Quashers home however, with just eight balls to spare for a three wicket win. 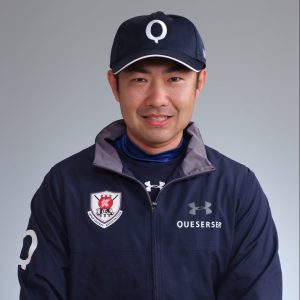 After their surprising tie in Round One, MAX CC came back firing this time out. Batting first against Tokyo Falcons Amigo Kobayashi again led from the front with 80 that included four 6s, while Hanif Khan was equally aggressive in his 45. Further runs from Supun Nawarathna (41) and Makoto Taniyama (41) lifted the Champions to an imposing 288/9.

Ankur Mehrotra did his best in the chase, his 37 providing some substance to the Falcons innings before they were eventually rolled over for 138, Hanif Khan picking up 3/3 in a convincing win by 150-runs.

In the final match of the Round the Men in Blue followed up their promising start in the tie against MAX by brushing aside Tokyo Wombats. Batting first the Wombats were indebted as ever to Alex Patmore, who anchored the innings with 78 before being 9th out and becoming the third victim of Sanket Pandari (3/41). A club record 9th wicket stand of 28, including a club record score for a number 11 of 13 by Solaiman Haque lifted Wombats to 187 all out and at least gave them something to cheer. 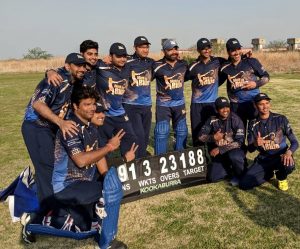 The chase was over in double quick time as Abhishek Telang (62) and Pandari (64*) put on a 96-run partnership in 89-balls to break the back of the target before Sarfraz Petkar hit 24* from eight deliveries to win the match by seven wickets.

That bonus point win for MIB lifts then into the heady heights of second, while the Wombats are rooted to the foot of the table.

There is a short break until after Golden Week, when Division One will return on 11th/12th of May.