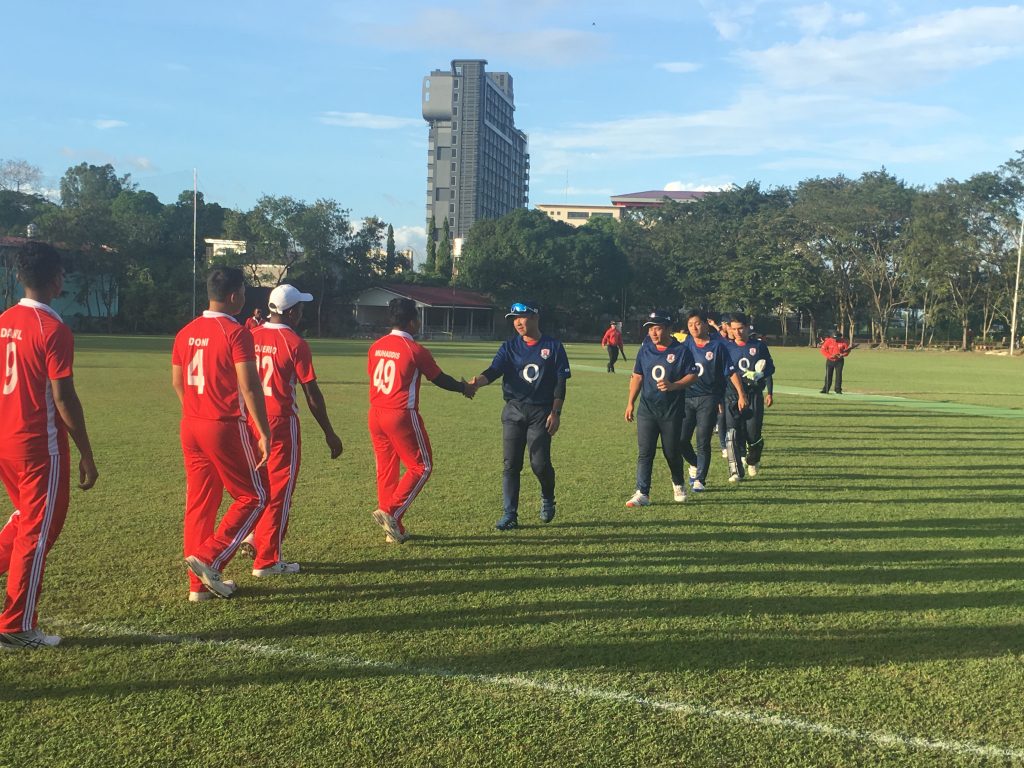 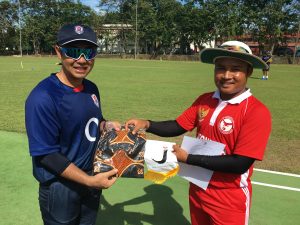 Japan remain top of the table in the Men’s T20 World Cup Qualifier in the Philippines, despite a narrow defeat to Indonesia on Wednesday.

After winning the toss and batting first, as every side has done so far, Japan slipped to 64/8 in the 13th over and looked in real trouble.

GD Arata was the man causing most of the problems as he clean-bowled four of the Japanese batsmen as they each tried to cut balls that were too close to them.

At that stage Japan looked to be heading for a humbling defeat, but fought back bravely to give themselves a chance. A 36-run partnership for the 9th wicket between Muneeb Siddique Mian (16) and Kohei Wakita (18) meant there was something to defend if they bowled well. 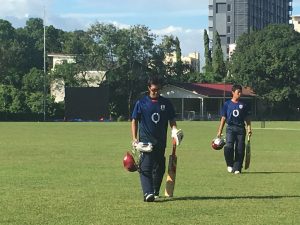 With Rui Matsumura rested, who took 4/20 against the same opposition last time out, the Indonesian batsmen took aim at Jun Yamashita’s off-spin, hitting three sixes in the first over and again looked to be running away with the match.

Two wickets for Mian in the second over gave Japan hope, and the chase really stalled when Makoto Taniyama reeled off four overs for just nine runs.

Yamashita returned to dismiss the dangerous Gamantika (26) and Ramdoni and combined with a pair of run outs left Indonesia needing seven from the final over.

A streaky boundary through third man off the first ball effectively ended the Japanese hopes of taking real control of the tournament, and Indonesia completed their first win of the competition when Ahmad Mushtaq squeezed the winning single into the leg-side to complete a four-wicket win.

The match was not without controversy as two key moments went against the Japanese. First a knee-high full toss was called a no-ball against Tsuyoshi Takada, with the resulting free hit going for six, and then an appeal for obstructing the field was turned down in the penultimate over when the facing batsman appeared to kick the ball away as he ran straight down the wicket. 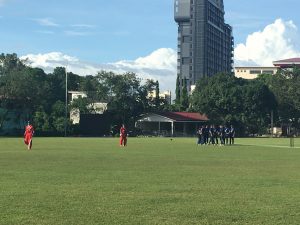 After the match coach Stephen Zayler (Cricket Victoria) was in philosophical mood: “We can’t focus on one or two moments” he said. “Ultimately our 11 batters didn’t get the runs. We perhaps didn’t get the luck today, but actually the equation is the same; win our next two games and we win the tournament.

Japan will play the hosts Philippines tomorrow in a crucial game with both teams now on six points, although Japan sit atop of the tree on net run rate.

Highlights of the match can be seen here.

The match will start at 9:30 local time (10:30 JST) with updates being posted on Facebook and Twitter as well as ball-by-ball on the ICC Website and ESPN Cricinfo.