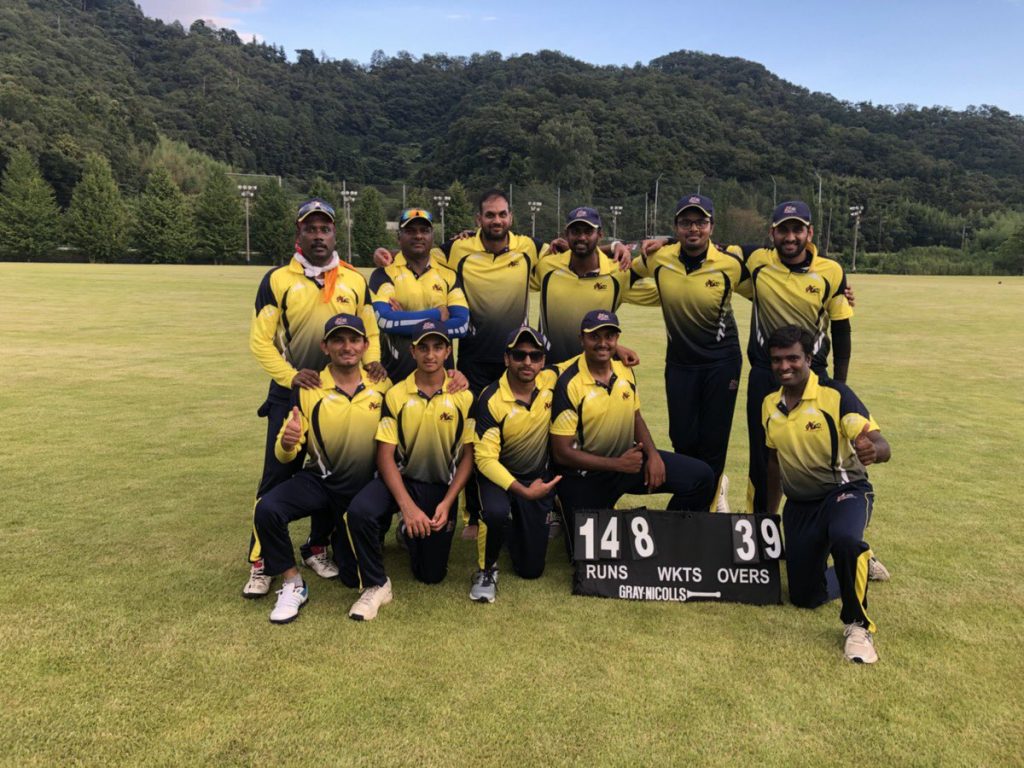 The top four teams who will proceed to the JCL Semi Finals have been confirmed following Round 10, although who plays whom remains to be decided.

Remarkably, Alpha Quashers of Yokohama retain an outside chance of topping the table after moving into second place with a win that officially ended Wyverns hopes of battling into the semis. In a scrappy contest Wyverns were well placed at the turnaround after Oshantha  Nanayakkara took 4/31 to restrict Quashers to 148 all out as nobody really got going for the batting side. 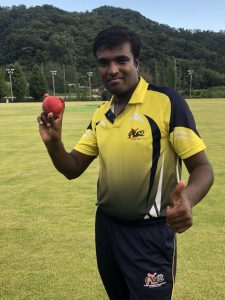 The Quashers are not a team to write off however, and have great depth in their bowling. The introduction of Dhinesh Nagarajan turned the match in their favour after an opening stand of 33 between Wataru Miyauchi (31) and Shogo Kimura (19) had Wyverns looking good. Nikhil Chhajed (2/31) removed both of them to open the door for Nagarajan to barge through in his first appearance in Division One this season.

At 125/9 Wyverns looked dead and buried, but Kohei Kubota (11) battled to drag his team to the brink of an unlikely victory before Nagarajan won an LBW appeal to complete his five-wicket haul and earn his team a win by just seven runs.

The other match taking place at the SICG was the battle between first and second as Sharks took on Tigers with top spot up for grabs. Batting first a depleted Sharks were in trouble at 42/4 after Ranjith Mouli (3/11) set about them, but an impressive partnership between Arata Ueda (20) and Rui Matsumura, who made a career best 39, at least gave Sharks something to bowl at. 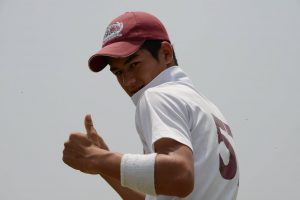 Shahid Shamim had started the day well, collecting 5/30 on the way to dismissing Sharks for 134, but in the chase he was the second man in quick succession to have his stumps splattered by Muneeb Siddique. If that gave Sharks hope, what happened in the 23rd over really spurred things on. Marcus Thurgate, having just removed his keeping pads, had Sabaorish Ravichandran (48) caught behind for his first JCL wicket. Removing Ravichandran has been a challenge for most clubs this season, so perhaps others may take something from the idea of sending a 17-year-old wicketkeeper after him.

At 76/5 the game was finely poised, but that would prove as close as it would come as Mouli completed his excellent day with a refined 37* to guide Tigers to a five-wicket victory and keep them top of the table while inflicting Sharks first defeat since May, when these teams last met.

There is no reason to expect Tigers will not finish in top spot since their final round fixture is against Paddy Foleys who are yet to avoid defeat in 2018. Sano CC may have officially given up their title, but at least they showed some defiance in doing so in this basement battle.

Batting first Pradeep Roshan became the seventh centurion of the season with 102* as Sano posted 251/8 in their 40 overs; Umar Farooq collecting three wickets but also conceding 72 runs, was the most successful bowler for Paddys.

In the chase Kamran Syed batted well for his run-a-ball 67, but only Muhammad Adeel (32) joined him in making double figures as Sano rolled Paddys over for 143 to earn victory by 108 runs.

The final team to miss out on the semis was the Tokyo Wombats whose match against MAX CC was washed out. That result means MAX will finish 4th and most likely play Tigers in the Semi Final, and if the two teams can repeat the Round Five clash where nearly 500 runs were scored, we could be in for a classic.