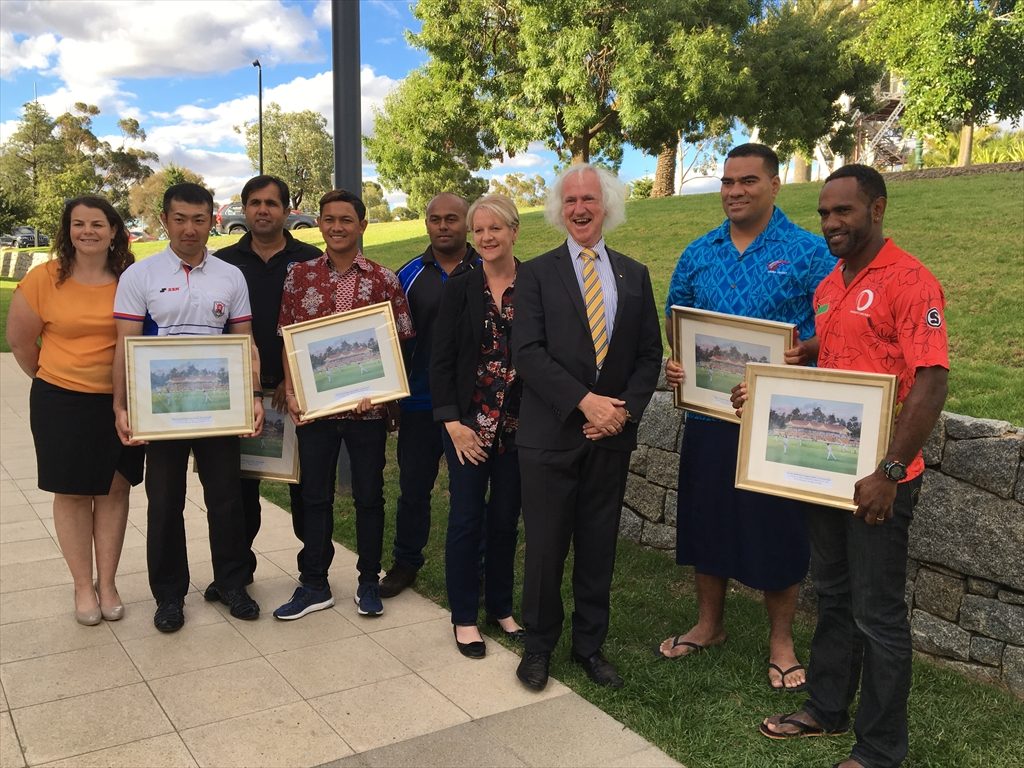 On Sunday 19th February, Japan will begin the World Cricket League Division Five Qualifier by taking on Samoa at the Canterbury Oval in Bendigo.

The match will be key to the hopes of both sides and with the matches being played in the 50-over format Japan will be hopeful that disciplined bowling and sensible batting can lead to a positive result.

Due to the team not having played a match since early November the squad have spent three days in Melbourne to acclimatise and play some warm up matches. 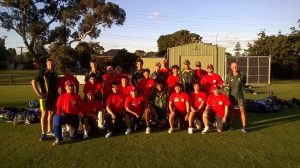 On Wednesday the squad arrived early and washed the flight off with a dip in the ocean and a spot of beach cricket before a trip to visit one of our sponsors the Greg Chappell Cricket Center. Following a substantial shopping spree the squad then stopped into the Japanese High Commission to meet some key members of the Japanese community in Melbourne.

The day was concluded with a visit to Northcote Cricket Club where East Asia Cup coach David Reid put the squad through their paces and then kindly provided a barbecue for the whole travelling party. Our thanks again go to all the above for the great hospitality.

On Thursday the squad had a tour of the Melbourne Cricket Ground and paid a quick visit the the Cricket Victoria offices on Jolimont before moving on to Xavier College for a warm up match against the school 1st XI. Using the match as an opportunity to give everyone a chance Japan lost by 15 runs but the workout was very worthwhile and the setting simply spectacular. 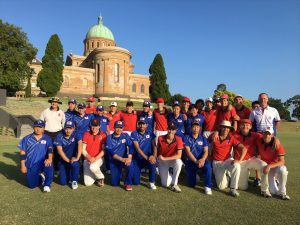 On Friday the team was privileged to visit the Japanese School in Melbourne which has around 80 students between the ages of 5-15 years old. The children were split into two sessions of around 40 minutes each and this was a great opportunity to develop relations with the Japanese Community in Melbourne.

After the visit the squad moved on to Caulfield Grammar School for a match against a very impressive local school who proved far too strong, but again the team was able to give all 14 players an opportunity to get used to the playing conditions in Australia. 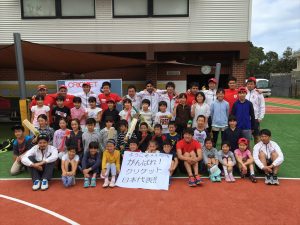 The JCA would like to extend our thanks to both Xavier College and Caulfield Grammar for kindly hosting us and providing such strong opposition. Both matches were played in great spirit and gave the team valuable match practice.

After arriving in Bendigo late on Friday night, the team has trained well on Saturday morning and attended a welcome function hosted by the City of Greater Bendigo. 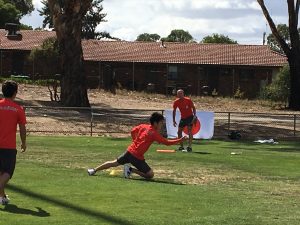 Throughout the tournament there will be daily updates from various players on our Facebook page (www.facebook.com/cricketjapan), including photographs, while the JCA Twitter feed (www.twitter.com/cricketjapan) will also include regular updates.

Following the match on Sunday there will be matches on Monday, Wednesday, Thursday and Saturday.

Match reports can be found here on our homepage and scores can also be followed live on www.icc-cricket.com/world-cricket-league/east-asia-pacific. Matches will start at 10am (8am JST) and are scheduled to finish at 5pm (3pm JST).

Please feel free to send encouragement to the team through any of the mentioned social media channels. The players greatly appreciate your support.