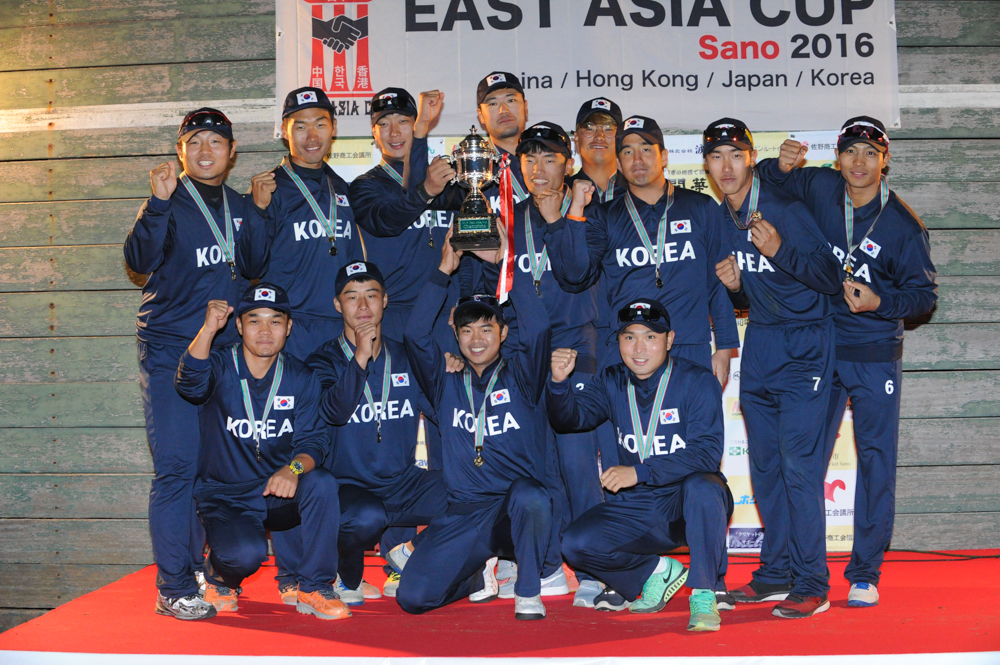 Korea broke Japanese hearts on Sunday at the Sano International Ground as they held their nerve to win the inaugural Men’s East Asia Cup after a battling display by the hosts. 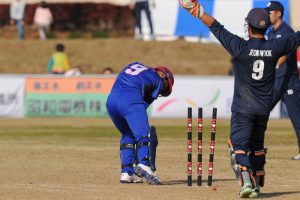 Batting first Japan had to work hard against some excellent Korean seam bowling, both openers delivering maidens early on as the batting side struggled. Masaomi Kobayashi managed to get things moving and top scored with 22, which took him passed 100 runs for the tournament and to the leading run scorer award, while Marcus Thurgate struck the only six of the innings on his way to a run-a-ball 16. The total of exactly 100/7 looked a little short but defendable if things went their way.

Although the Japanese opening bowlers were not able to restrict the scoring, the introduction of Kohei Wakita and Mian Siddique seemed to turn things back in the hosts favour. Siddique claimed the best figures of the tournament with 4/12 and Wakita grabbed two more to make him the leading wicket-taker.

Captain Jun Hyunwoo, who had earlier taken a blinding catch which earned him the “Champagne Moment” award, top scored with 26, but it was the calmness of Sung Dae Sik (18*) who saw the Korean team home with one over to spare and four wickets remaining. 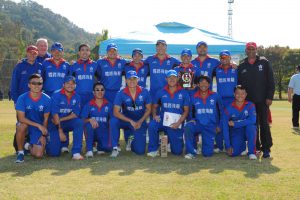 Earlier the CHK Sportsroad Dragons had grabbed their first win of the tournament, beating China in the third place play off as Jason Lui led them to 128/4 with a brilliant 48* from just 33 balls, including two big sixes. In the Chase China lost wickets regularly and were eventually dismissed for 99, Henry Siu claiming 3/23.

The tournament was played out in front of a decent crowd of at least a few hundred, while 14,000 tuned in on the live stream to watch the Final. In the post match presentation Choi Jiwon was awarded the tournament MVP, the prize being a Lewis Cricket Bat provided by the independent bat maker from England, while the British Airways tickets were won in the raffle by Mr Rupert Middle.

Excellent weather throughout made for a fantastic event that the Japan Cricket Association would like to thank all of those who came to watch, especially the representatives from AQCC, Chiba Sharks and Tigers CC, and those who sent in support via social media sites.