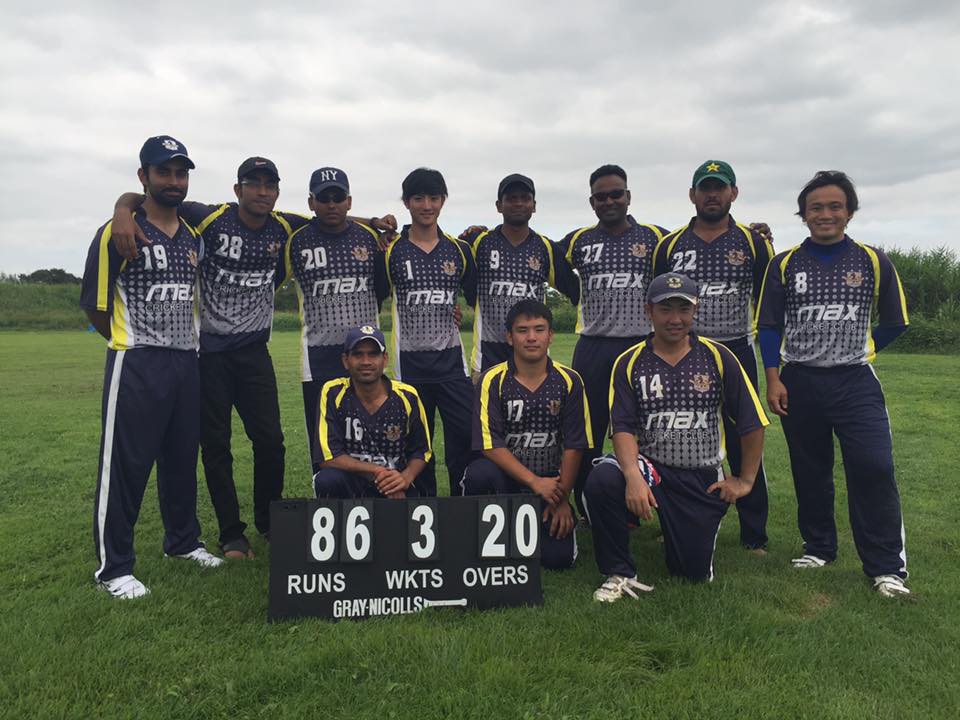 Sano CC denied the Tokyo Wombats the opportunity to close the gap on Chiba Sharks at the Top of JCL Division One with a 48-run win last weekend.

Batting first, Sano were well set up thanks to a 111-run opening stand between Rashid Rana (59) and Munir Ahmad (49).

Once the breakthrough came wickets fell fairly regularly as Sano finished 214 all out in just 37.1 overs, with Dean Dowey the main architect of their downfall finishing with 5/39.

As ever the chase would seem to rely on opening batsman, captain and wicketkeeper Alex Patmore, whose form this season has been sensational, and once again he did his utmost to drag his team to victory.

His 59 anchored the innings, but without the support needed the Sano spinners ran amok, bowling Wombats out for 166 in 38 overs, Prabath Sankalpa finishing with 3/31 to seal the win. A note also to Sano’s opening bowler, Kazumasa Takahashi, a young 13-year-old who has a bright future ahead.

The win for Sano meant they were sure to move into the top four in the table as Max CC and The Tigers came up against each other. Only two out of these three can qualify for the semi-finals, unless something dramatic happens to Wombats, so this game had added spice.

With Max at close to full strength they backed their bowlers and put the Tigers into bat and were rewarded handsomely.

Some lusty swinging from Supun Nawarathna got the innings moving, but three quick wickets gave a glimmer of hope to the Tigers, before Masaomi Kobayashi (18*) and Prashant Kumar (22*) saw Max home for a bonus point win by seven wickets and a jump to third in the table.

In the final match of the round it was the two bottom clubs battling it out and, as earlier in the season, Wyverns overcame Paddy Foley’s, this time by six wickets. The win keeps alive their slim hopes of making the semi-finals, and was owed largely to another good bowling display by Shodai Yamada.

Yamada’s 3/8 prevented Paddy’s from getting any kind of momentum early on and although they batted for 37 overs, their total of 113 was always going to be tough to defend.

Wyverns opening pair of Hidehiko Matsuchika (18) and Raheel Kano (28) put on 56 before it was left to Tomoki Ota (17) guided them to their third win of the season, and first since mid-May.

Round 12 takes place on the weekend of 13th August, and Wombats, without a win in their last three, will sit out while Sano clash with Max as the battle for semi-final places continues, the Sharks return to take on Wyverns and Tigers will look to heap further misery on Paddy Foleys.