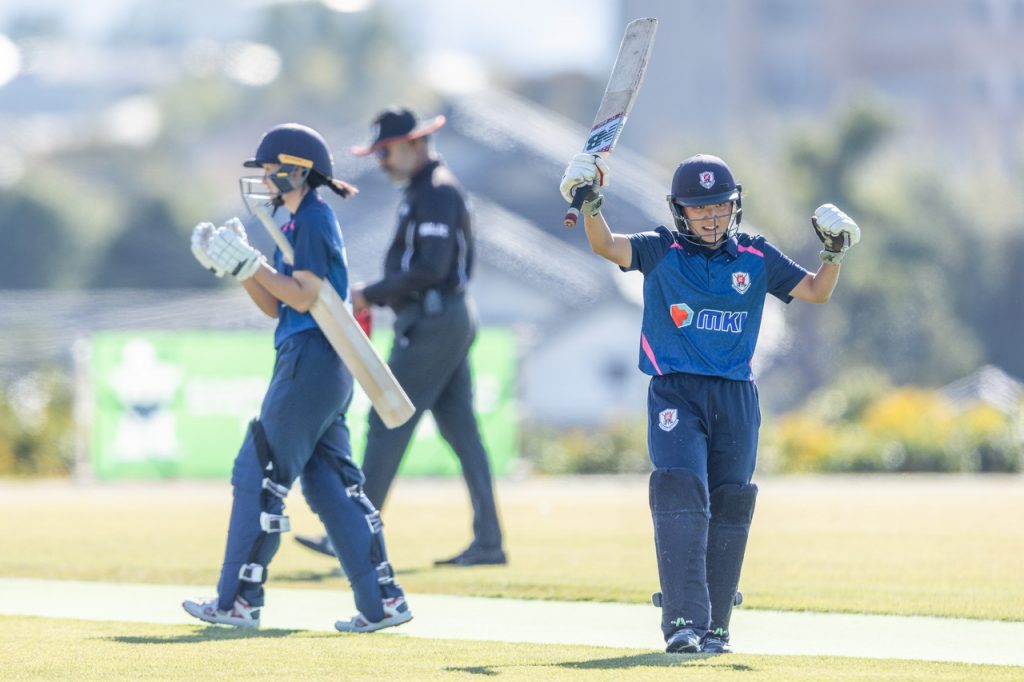 Hong Kong women claimed a nail biting win by just three runs over a much improved Japan team at the Kaizuka Cricket Field to seal the 2022 Women’s East Asia Cup.

The total was based around an outstanding innings at the top of the order by Natasha Miles, whose 86 not out from 70 balls propelled the visitors to 142 for two in their 20 overs.

She was partnered for much of the innings by Mariko Hill, who was looking set for a big score herself as she raced to 31 from 22 deliveries before being smartly stumped by Akari Kano off the bowling of Mai Yanagida.

Miles, who struck ten boundaries and a six, tired as the innings went on and was ultimately short of a well deserved hundred, but was still active in the field taking a catch and facilitating a run-out.

The Japan bowlers had done well to pull things back as Hong Kong had looked on for a total in excess of 160 at the halfway stage, but Ayumi Fujikawa struck with her first ball in international cricket and went on to tie the Hong Kong middle order down in the latter stages of the innings. 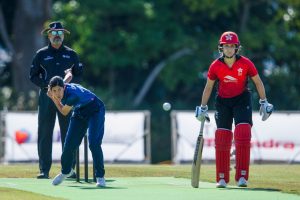 Not many gave Japan much of a chance of chasing the target given the struggles of the first two days, but Erika Oda was promoted up the order and immediately set about the Hong Kong bowlers striking two boundaries and a six in her first six balls.

Akari Kano played an excellent supporting role and a total of 49/0 at the end of the powerplay represented a huge improvement on the previous matches and had Japan right in the game.

The dismissal of Oda for 41 from 32 deliveries broke an opening stand of 66 but the mantle was picked up by Ahilya Chandel (25) who joined Kano in a partnership of 63 from nine overs.

Kano looked set to carry the team home, bringing up her maiden T20 International half century with a boundary in the 19th over that put the equation at nine needed from 10 balls.

Ultimately however, experience told as Mariko Hill used all her knowhow to defend six off the final over, conceding just one off the bat as Japan could not get bat on ball to scramble the runs needed.