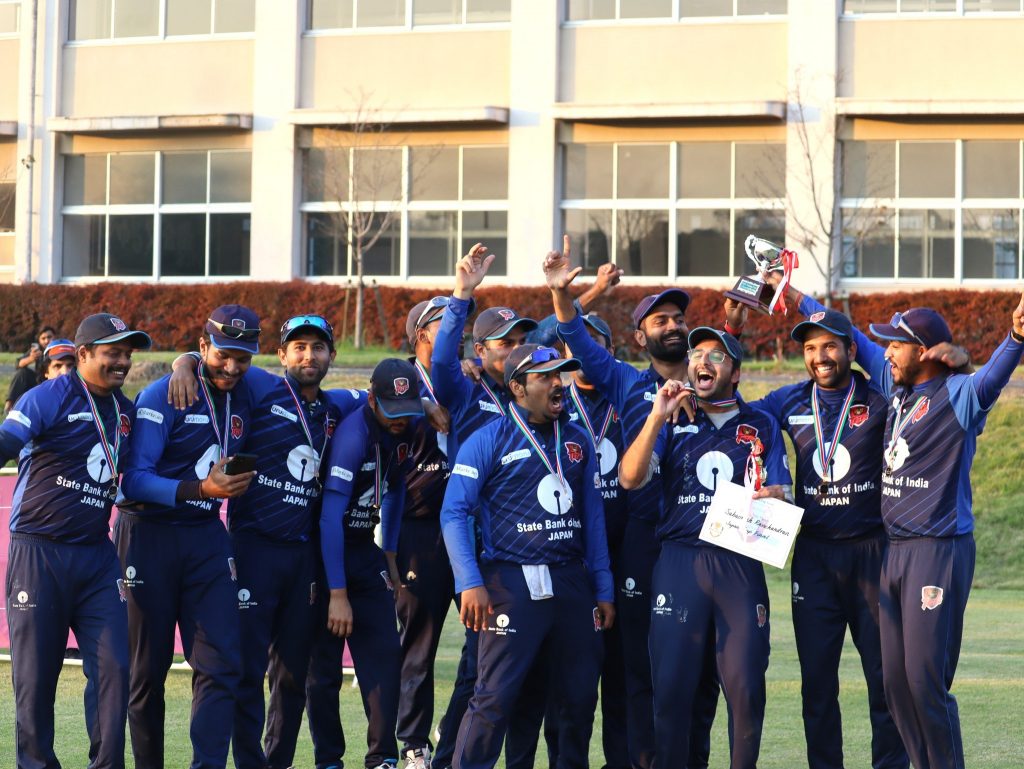 The Tigers are Japan Cup champions for the first time after defeating Tsukuba by 23 runs in the Japan Cup Final on Sunday October 23rd at the Sano International Cricket Ground.

61 teams took part in the Japan Cup T20 tournament this year across six regions, with 12 teams qualifying for the finals, played over the weekend of October 22nd and 23rd in Sano.

In the Japan Cup Final Tsukuba captain Kasun Ganesh sent the Tigers in to bat and, although the Tsukuba bowlers were able to take regular wickets, the Tigers fought to a competitive total of 116, Sabaorish Ravichandran top-scoring with 48.

Tsukuba started brightly, Chanaka Madhushanka hitting three massive sixes during the power play, but when he departed the incoming batsmen were unable to maintain the momentum and some accurate Tigers bowling restricted Tsukuba to 93/9 off their 20 overs.

Ravichandran was named man of the match for his all-round performance and also took home the Tournament MVP award for his 131 runs and nine wickets.

Earlier in the day Tsukuba had booked their place in the final with narrow win over Kawasaki Knight Riders in the semi final, Malith Neranjan whacking three sixes to end the match in style.

Tigers had made it through to the final thanks to a comfortable six wicket victory over last year’s champions Tuskers, Sachin Thakur the man of the match for his entertaining innings of 33.

In the Shield Final Kobe Hawks were to strong for the Wyverns, cruising to a four wicket win with plenty of overs to spare, Safi Luqman claiming the man of the match award for his bowling performance of 5/11.

In the Plate Final Osaka Lions easily accounted for the Tokyo Wombats, compiling an impressive 157/7 on the way to a 57 run win, Bandula Wijebandara’s innings of 55 earning him the man of the match award.