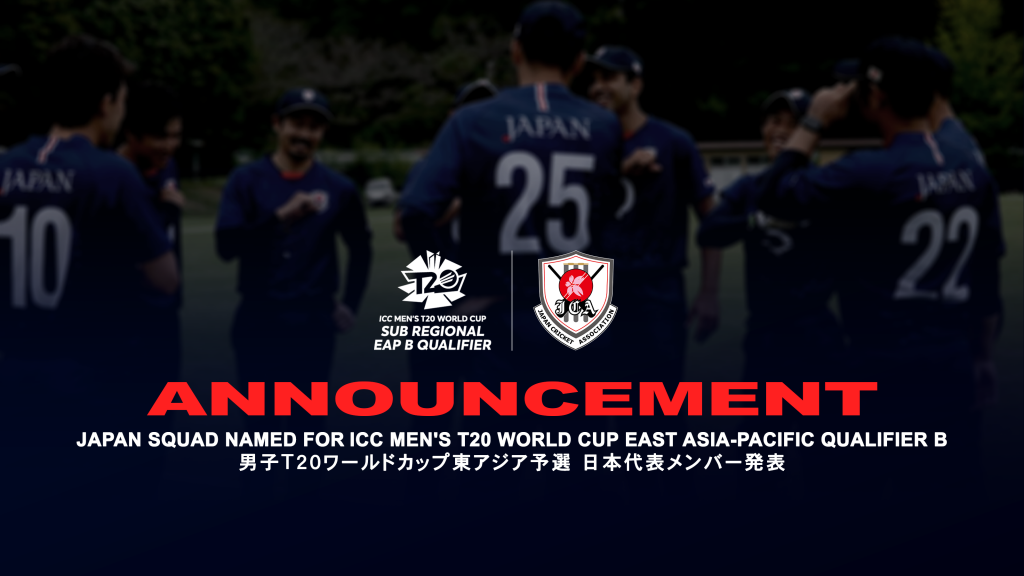 Head Coach Dhugal Bedingfield has announced his squad for the ICC T20 World Cup East Asia Qualifier to be held in Japan from 15 – 18 October.

Due to the length of time since the last international cricket there are now ten players in line to represent Japan for the first time.

On naming the squad Bedingfield said: “It’s been too long since the team has played international cricket and the boys can’t wait to get back out there and represent their country.

“We have some good young talent coming through. There will be a lot of fresh faces in the team and quite a few players will be making their international debut. It’ll be exciting to see how they perform.

“We certainly won’t be underestimating Indonesia or Korea but our goal is to top the group and progress to the next round of World Cup qualifying.”

The full list of players is below with a * marking those named in a tournament team for the first time.

As part of the journey towards qualifying for the 2024 T20 World Cup in the West Indies and USA, the winner of this tournament will move forward to play in the East Asia-Pacific (EAP) Regional Qualifier Final against Papua New Guinea, the Philippines and Vanuatu. The winner of that event will qualify for the T20 World Cup.

We hope that fans of cricket in Japan will come out in force to support the team on the first step towards T20 World Cup Qualification.

Schedule of International matches vs Indonesia