Report: Embassy Cup Day One: India and Pakistan to meet in Final 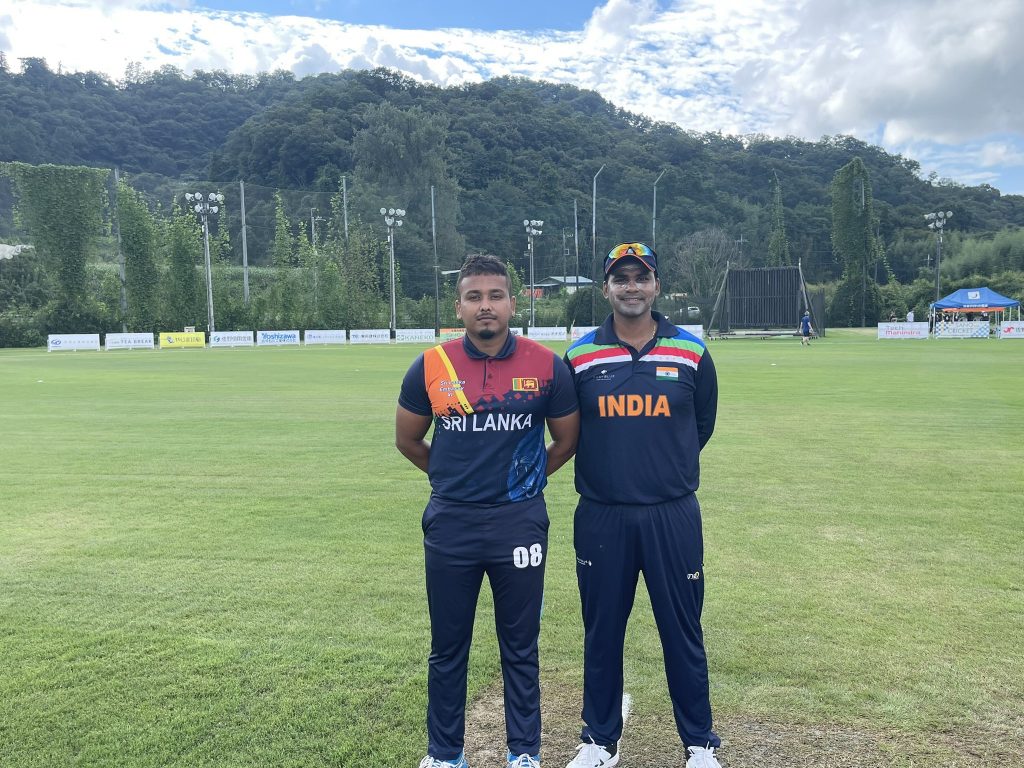 On winning the toss Sri Lanka made early inroads and had the Indian team 44 for three after seven overs. A dramatic counterpunch from Sarfraz Petkar changed momentum completely however, his swashbuckling fifty coming off a hardly believable 20-balls and included six sixes. He was kept company by Vinay Iyer (38* off 28 balls) who led the team to an imposing 172 for seven.

India took that momentum into their bowling and at 35 for five in the sixth over the Sri Lankans looked finished. However Kasun Ganesh made things interesting with a 23-ball 45. It was ultimately in vain as Sabaorish Ravichandran returned three for 26 to bowl the Sri Lanka team all out for 144 which earned the Indian Embassy a win by 28 runs along with a place in Sunday’s Final. 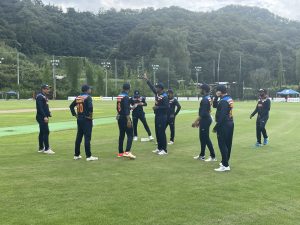 With a place against the Indian Embassy up for grabs, the Pakistan Embassy took to the field with terrific energy and gave an experimental Japan team a torrid time. Left-arm spinner Samad Khan was the destroyer-in-chief taking a remarkable six wickets for just ten runs in his four-over spell as Pakistan’s bowlers dismissed Japan for just 73.

While the Japan team may be young, they showed incredible character to fight back hard against the Pakistan Embassy side, and at 51 for seven in the 15th over the game could have gone either way. Spinners Makoto Taniyama (two for ten) and Masato Morita (two for 22) gave little away but ultimately the composure of Ibrahim Takahashi, who on another day would be playing for Japan) to stay calm in the run chase and finish 38 not out, having opened the batting and seen wickets fall around him, was enough to win the game by two wickets and claim their place in the showpiece final against the Indian Embassy.

Choosing to bat first, the ANZAC XI made a flying start as Dhugal Bedingfield (58) and Richie Bracefield (30) put on 52 in five overs for the first wicket. Despite a wobble in the middle order, Reo Sakurano held things together with an excellent 54 not out and a partnership for the eighth wicket of 47 with Ashley Thurgate (25 from 14 balls) which lifted the team to the highest score of the day, 217 for eight.

A total like that always looked beyond the Nepal Embassy team, and although Sandeep Chetri had some fun in making 56 from 24 balls, three wickets for 25 runs from Panasonic Wild Knights Rugby Coach Robbie Deans was enough to restrict them to 159 for eight. A win by 58 runs put the ANZACs into the Group B Final as they aim to win the title for the first time since 2018. 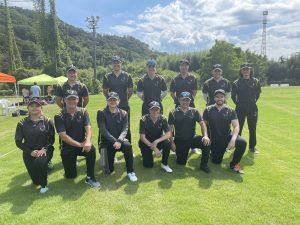 After choosing to bat first the Bangladesh Embassy rode their luck to post an strong 176 for six against an International XI thrown together at short notice following the withdrawal of the British Embassy team. Forties from Ruhul Kabir (42) and Abu Hasnat Alam (43) led the way while several others chipped in.

A defiant 69 from Alex Shirai-Patmore gave the International XI some hope but a lack of support would eventually be their undoing. Asif Limon returned three for 17 with the ball as the Bangladesh Embassy booked a rare appearance in the Group B Final as they kept the score to 128 for nine and earned a win by 48 runs.