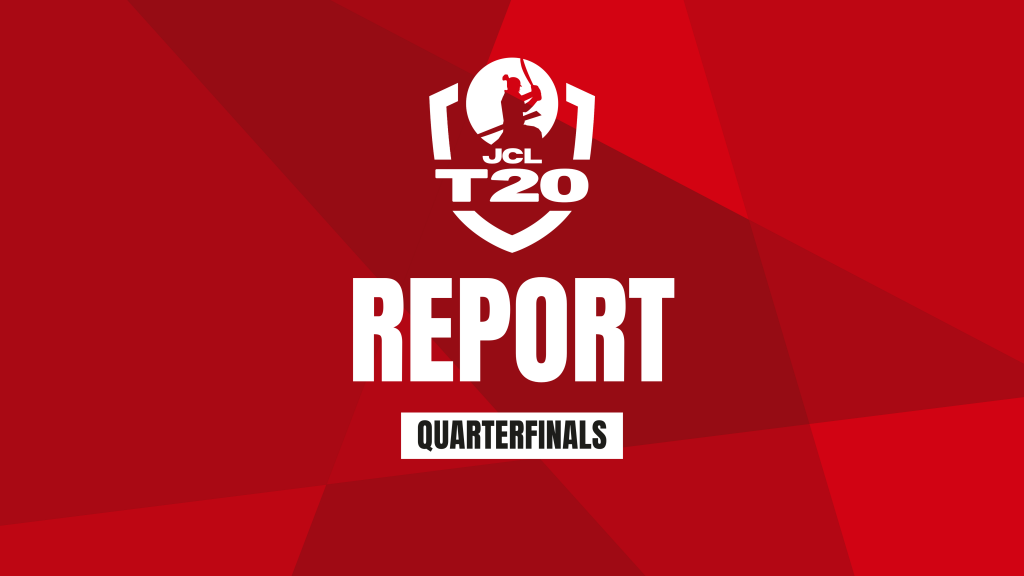 The Quarter-Final round of the JCL T20 had players and viewers on the edge of their seats as many games came down to the wire. Eight teams were battling it out to try to reach the final four in nail-biting finishes.

The Falcons scraped their way past a hard-fighting Titans team to reach the semi-finals. The Titans were in trouble early, as they were down 56 for five after eight overs. Falcon’s bowler Dev Mistra took all the wickets up top ending with figures of three for 27. A fightback 44-run partnership between Rasika Chandimal (43) and Rahul Khedkar (22) saved what was going to be a low-scoring innings as the team scampered onto a total of 155 for nine. Was this going to be enough against the Falcon’s big-hitting lineup?

It was the Falcon’s middle and lower-order batsmen that got the job done in the chase. Losing three wickets in the powerplay for not many, Manish Kapil (33) and Sanket Pandhari (20) steadied the innings with a 52-run partnership. However, when the pair fell, there were still a lot of runs to be scored needing 66 off seven overs. It came down to Sameep Dawar (30*) and Abhi Telang (27*) with a 57-run match-winning partnership. Dawar and Telang hit the winning runs in the last over securing their team’s place in the semi-finals.

Paddy’s Foleys had a big upset win over the unbeaten Alpha Quashers in an impressive bowling performance. Khawaja Salman was the highlight of Paddy’s batting innings scoring a steady 40 up top to set the platform. Despite the start, the Quashers did a great job of limiting runs and taking consistent wickets not allowing any batting partnerships to form. Paddys managed to scrape their way to a total of 120 for nine which was going to be a difficult target to defend after the Quashers had scored 219 and 196 the previous two weeks.

It was a dream start for the Paddys taking 5 wickets within the first eight overs. Zohail Khan the main accomplice taking figures of three for 22. A near 50-run partnership between Nandhakumar Rangasamy (21) and Gurman Singh (24) dug the team out of a big hole but when both their wickets fell, it was down to two new batsmen to score 13 off the last over.  Bowler Waseem Javed delivered for his team not allowing more than a run a ball in his over thus leading to the Paddys winning by eight runs.

The Chiba Sharks won in a nailbiter against the Tigers in a low-scoring affair, On a slow grass wicket, the slower bowlers found success as they were able to limit the strong batting lineup of the Tigers. Ashley Thurgate dismissed both openers cheaply to open the floodgates of wickets taking figures of 2 for 23 off four. Only captain Sabaorish Ravichandran (27) was able to score over 20 as runs were hard to come by scoring 103 eight down.

The Sharks got off to an ideal start with Ibrahim Takahashi and Tduyoshi Takada putting on a 52-run opening stand. Sharks were cruising through the chase but all trouble came after the 11th over. The sharks made it difficult for themselves with a mini-collapse being 75 for two to being 90 for six putting them in a niggly situation needing 14 off the last two overs. It was up to Hamid Bacha and Mian Muneeb Siddique to keep their cool coming through and hitting the winning runs off the second to last ball, thus winning by four wickets and securing their spot in the semis.

The Rising Stars’ opening bowlers were lethal in their upset win over the Men in Blue. Opening bowler Naveen Negi was dangerous as he has been in every round getting Rising Stars’ top-order batsmen out cheaply. Rising Stars’ middle-order batsmen controlled the collapse with Ac Chowdury and Ubaidus Sobhan Sayeed scoring 27 and 26 respectively. Negi finished with figures of three wickets off a very economical 14 runs also contributing to a run-out. Batsmen Mohibul Hasan came in hitting at the end to help raise their team total to 135.

In what seemed to be around a par score, the opening bowling pair of Arman Bhuiyan and Abuhasnat Alam did everything to make the chase impossible. The destructive pair took three wickets each for a total of 23 runs off their eight overs to rise the Men in Blue’s required run rate. Ankit Panwar did everything for his team scoring a quickfire 41 but no one around him batted on to build any constructive partnership, ultimately falling short of the target losing by 24 runs. 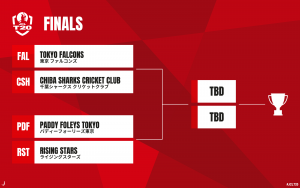