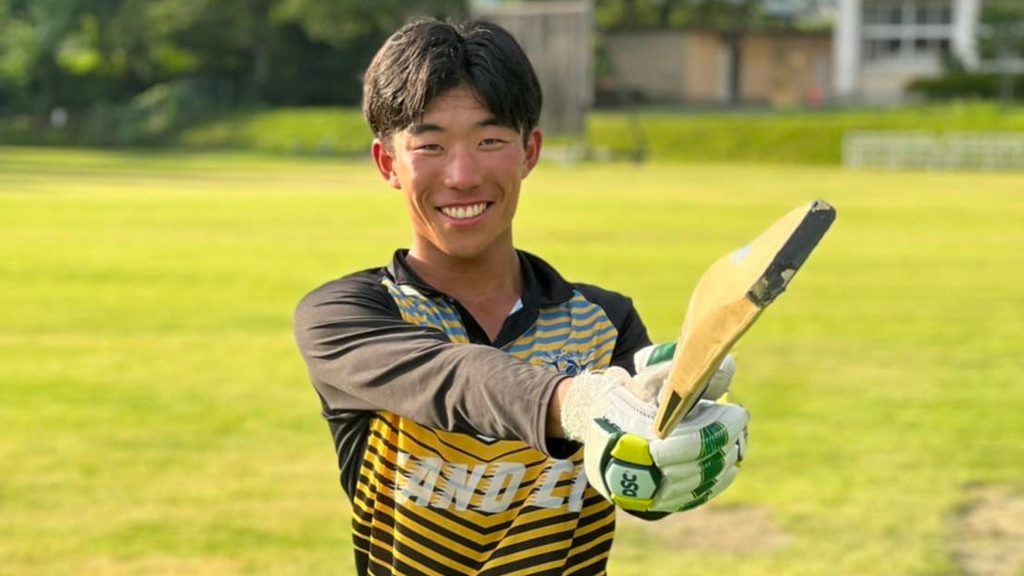 Round nine of the JCL brought tight games in an action packed round as we are at the back end of the JCL round-robin stage.

Sano Cricket Club have now had centurions in back-to-back games, as they beat the Rising Stars. Batting first in a 35 over reduced game, Sano‘s young star Kazumasa Hiratsuka led their team with a spectacular innings scoring his maiden century in the JCL of 118. When Hiratsuka’s wicket fell, Sano were in a great position of 179 for four, but the Rising Star’s pulled it back nicely, bowling the team out for 207. Opening pacer Arman Bhuiyan the best of the bowlers taking four for 38 off his seven overs.

In reply, the Rising stars made the chase interesting, fighting hard with a few good partnerships, but regular wickets and two amazing one-handed diving catches turned the game into Sano’s favour resulting in a 41-run win. Adding on to his batting innings, Hiratsuka added bowling figures of three for 20 to make it one of the best overall performances in this year’s JCL.

The Tokyo Falcons continue to win, this time against the Men In Blue in a tight thriller that came down to the last ball. Losing the toss and being put in to bat first, the Falcon’s Siddharth CB and Safraz Petkar had an incredible 169 run second wicket partnership to set the platform for the team. Continuing on his hot form, Petkar notched up his first century for the season scoring an astonishing 126 from 83 balls. In spite of the amazing start, The Men In Blue responded by bowling the Falcons out for 241.

The Men In Blue’s chase did not look very competitive as they were down 81 for seven after 17 overs. But an incredible 142 run eighth-wicket partnership between Ankit Panwar and Akshay Hedge brought the team back within winning distance before Hedge fell for 69. Needing two runs to win off two balls, Panwar was stranded on the non-striker’s end on 92* and closing bowler Manish Kapil bowled a dot followed by a wicket on the last ball to win the game for the Falcons and bring them closer to the top four.

The Chiba Sharks notched up a much needed win over the Tokyo Wombats in Fuji. Batting first, Sharks captain Dhugal Bedingfield put his team on his back scoring his second century of the year and his highest ever JCL score with 146. Hitting 22 boundaries and nearly batting all 40 overs with a healthy strike rate of 115, it put the Sharks in a very comfortable total of 268.

In reply, the Wombats chase had Ken Dobson (68) and Muhammad Ali (40) to thank for any total as they were all bowled out for 183 in 32 overs. Wickets were shared around amongst the Sharks as six of the seven bowlers took at least one wicket.

The Wyverns overcame the Alpha Quashers in a tight battle in an important win with both teams currently fighting to get into the top four. With the Wyverns winning the toss and electing to bat, the innings did not go according to plan as they were all bowled out for 145 using all 40 overs. Credit to the Quashers economical bowling, with four bowlers taking a pair of wickets.

In the chase, the Quashers innings went very similar, many of the batsmen made starts but losing regular wickets made it difficult for the team. Wyverns’ Yusuke Wakuta the MVP of this game, took three for 13 off his eight overs at an economy rate of just 1.6, Wakuta led his team in a match turning performance, as the Wyverns bowled the Quashers out winning by a tight four-run margin.

The Tokyo Rangers continue their unbelieve unbeaten run knocking over Max 1st XI. Winning the toss and bowling first in a reduced 35 over affair, the Rangers’ bowling attack tore through Max, bowling them out and restricting them to 137. Four of the Rangers bowlers took at least two wickets to set up a nice easy chase.

With the way the Rangers’ batting has been going this season, the target of 137 looked easily accomplishable but made it a challenge by being three down early in just the seventh over. Dinesh Sandaruwan, the main accomplice taking four for 30 to make the game interesting. Luckily for the Rangers, number five batsmen Kasun Ganesh Chara Gamage steadied the ship and brought the team home with a quickfire 76 not out off just 48 balls. Winning by four wickets, the Rangers stay on top of the table, looking very healthy to be a top two team by the end of the round-robin.

The unbeaten Tigers finally fell to Paddy Foley’s in yet another tight game. Batting first, the Tigers made a total of 210 for seven after their 40 overs. Opening batsmen Anil Kumar with a gutsy innings batting all 40 overs ending up just short of a century on 95 not out.

Paddy Foley’s batsmen made a team effort against the Tigers’ tight bowling unit. Seven out of the nice batsmen made over double figures in the chase with Rashidrafiq Rana being the standout. Rana made 73 hitting over 100 strike rate to help accelerate the chase but when he fell, there was still a lot of work to be done. With seven overs to go and seven down, Ashiq Hussain and Khan Adbul Jabbar put on a 34 run partnership chasing the total down with one over remaining as they won by 3 wickets.