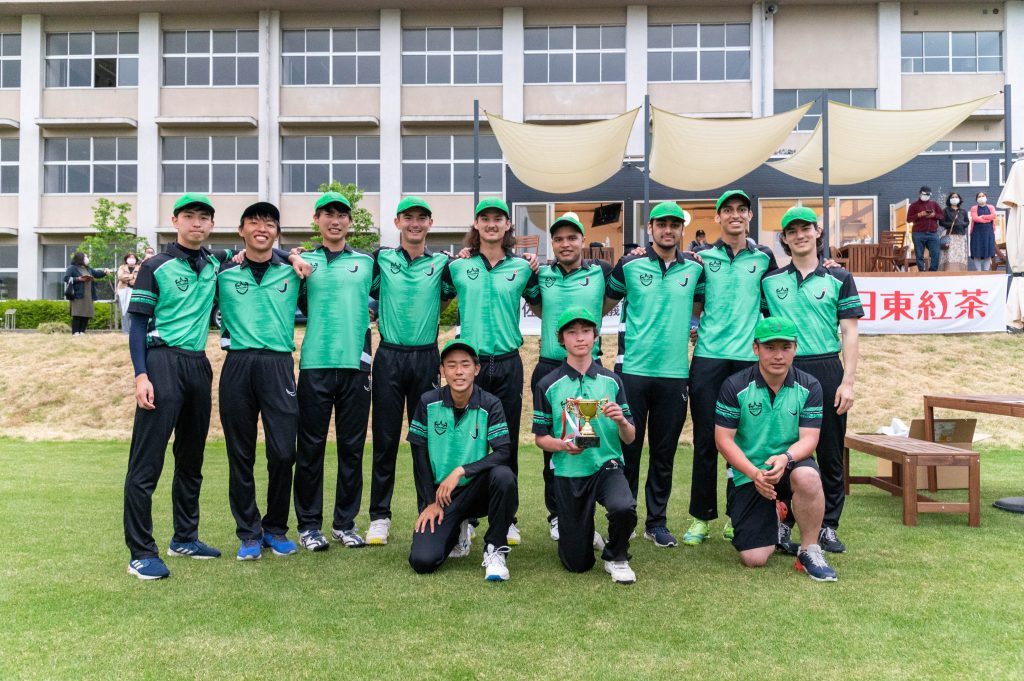 The Turtles have become the first ever Champions of the Japan Futures League, defeating the Gorillas by nine wickets in the Final at the Sano International Cricket Ground.

The Gorillas won the toss and batted first with captain Lachlan Lake in aggressive mood as he made 46 off 32 balls to take the leading run scorer award for the tournament and lift his team to 123/8; Kazuma Stafford was the outstanding bowler with two for 12 off his four overs.

The chase was dominated by Declan Suzuki-McComb who had an outstanding day two which earned him the tournament Most Valuable Player award. After putting on 60 with captain Marcus Thurgate (20) he added another 68* with Stafford (17*) on his way to 78* from just 51 balls with four sixes, the last of which sealed the title in fine style. 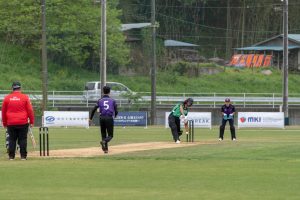 That the Turtles made the final at all was largely thanks to an excellent bowling display in the morning as they kept the Dragons to just 80/9 with Stafford again to the fore taking 3 for 11 from his allotted four overs and Aarav Tiwari three for 15.

Suzuki-McComb (38) and Stafford (29*) showed signs of things to come in the final with a 55-run partnership which broke the back of the chase before Aditya Phadke sparked a late collapse with four wickets for just four runs, but Stafford took the Turtles home with five wickets and eight balls to spare to get their net run rate up enough to make the top two.

The Gorillas had made the final courtesy of a huge win in the morning against the previously unbeaten Vipers, inspired by a scintillating 90 from 52 balls by Lachlan Lake that was full of extravagant and enterprising stroke-play.

He was ably supported by Issa Katakura (24) in a partnership of 114 as the Gorillas made 152/8, the highest total of the tournament, despite four for 28 from Kento Ota-Dobell which ultimately earned him the Best Bowler Award for the tournament.

Kazumasa Hiratsuka then knocked the stuffing out of the Vipers chase with three wickets for eight runs and his team went on to earn a win by 81 runs which was enough to propel them into the final at the expense of the Vipers on net run rate. 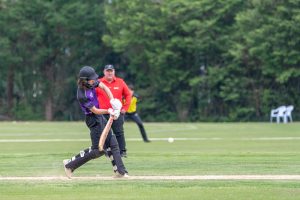 Things went from bad to worse for the Vipers as they finished fourth thanks to an inspired display from the Dragons in the Third Place Playoff which earned them a first win of the tournament.

Kshitij Pathak (49) and Shotaro Hiratsuka (30) set up a respectable total of 129/6 with a partnership of 84 before a flurry of run outs cost runs which would eventually prove decisive. A couple of 30s from Jisei Ando (31) and Ashley Thurgate (32) enabled the Dragons to creep home with four wickets to spare and give them a well-deserved victory to end the weekend. 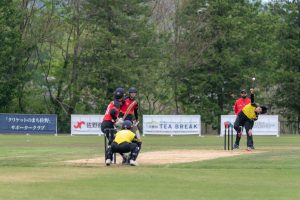 The JCA would like to thank all the coaches, umpires, scorers, volunteers and parents who supported this event and we hope it becomes a key step on the Japan Cricket pathway and a feature in the calendar for all Under 23 players to look forward to every year.