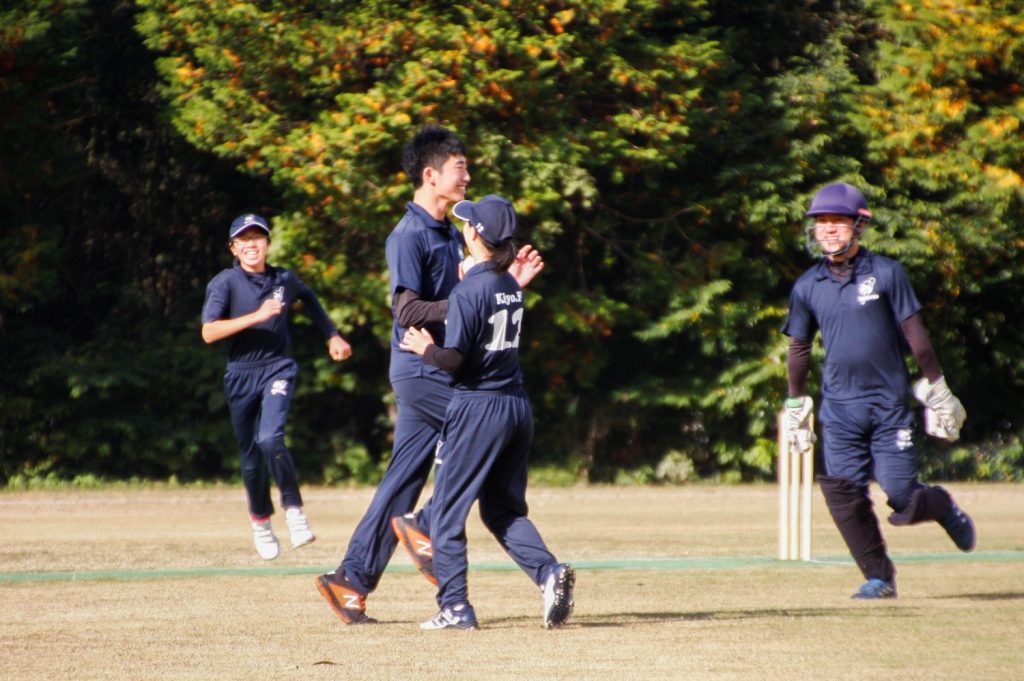 The Sano Braves are Japan U19 champions for a second time after completing a comfortable win over first-time finalists Men In Blue Tokyo in the final on Sunday November 14th at the Sano International Cricket Ground.

Two years after first winning the U19 title, the Braves were hungry to add to their trophy cabinet and began the day with an easy 10 wicket semi final win over Alpha Quashers Yokohama, who had impressed in their first U19 League season.

An unbeaten opening partnership of 101 between Chihaya Arakawa (44 not out) and Shotaro Hiratsuka (42 not out) sealed the win for the Braves, who chased down the Quashers’ target in the 13th over.

The other semi final was much closer and it took until the last ball of the match for the Men In Blue to overcome the four-time Japan U19 champions Chiba My Ys in an entertaining match.

In the final, Braves captain Shu Noguchi won the toss and chose to bat first, and it was another big partnership between Arakawa (43) and Hiratsuka (73 not out) that set the Sano boys on the way to an imposing score of 161/5.

Despite a fighting partnership between Anish Shekhar (47 runs) and Manav Natarajan (37 runs), a disciplined fielding performance from the Braves saw the Men In Blue fall 49 runs short in their run chase.

In the third place play off the Chiba My Ys bounced back from their earlier disappointment to record a 27 run win against the Alpha Quashers.

Ishaan Fartyal was named MVP of the third place play off for his 62 not out, while Ashley Thurgate (41 runs), Aditya Phadke (49 runs) and Nihar Parmar (43 not out) all made useful contributions for their teams.