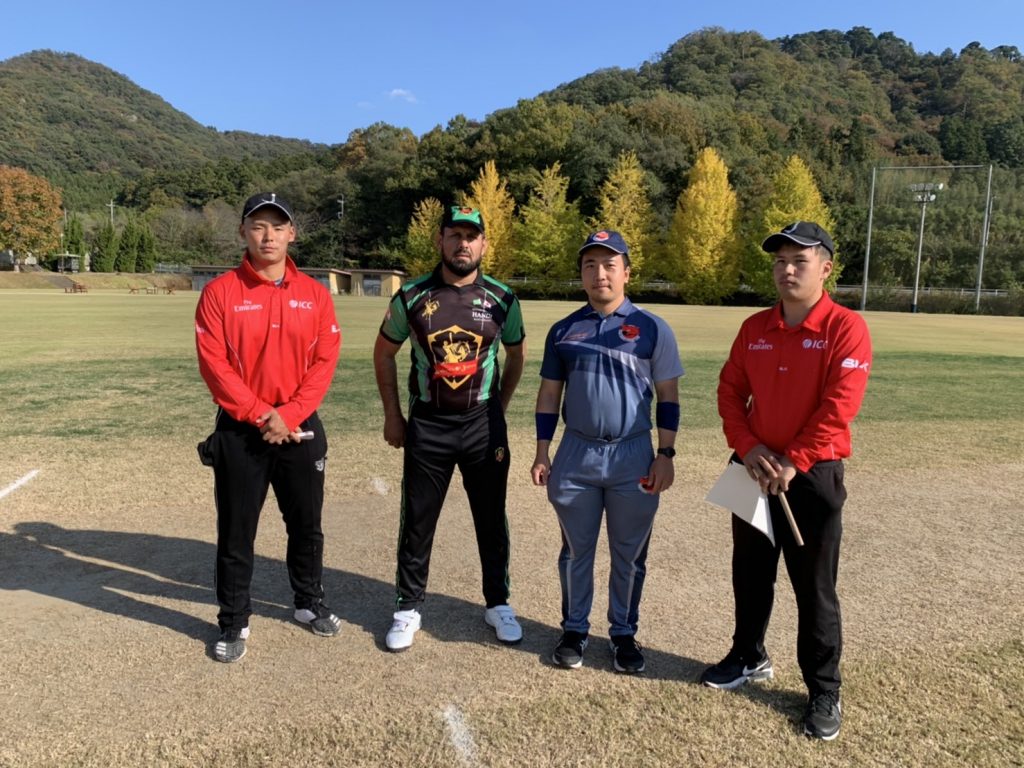 There was plenty of action on day one of the Japan Cup Finals tournament as 12 teams gathered in Sano under blue skies to fight for the chance to be crowned T20 champions of Japan.

The Chiba Sharks made a statement by first knocking over South Kanto champions Roaring Tigers in their morning match and then defeating the highly fancied Sultans of Japan in their afternoon quarter final.

Ibrahim Takahashi was the star for the Sharks with back-to-back half-centuries and four wickets across the two matches.

Wyverns, the number one ranked team in Japan, cruised into the semi finals with easy wins against the Kyoto Super Lions in the qualifying match and Tsukuba in the quarter final.

Tomoki Ota made a welcome return to form with a quickfire 65 against Tsukuba after Shogo Kimura and Masaki Kawashima had led the team to victory in the morning with half centuries.

Ceylon XI scraped into the quarter finals as a “lucky loser” after a narrow defeat to Tsukuba in the morning and made the most of their luck with a comprehensive win against Tigers in the afternoon to book a place in the semi finals.

Ganeshan Vinoth’s three wickets were crucial for Ceylon XI in their quarter final win and they were also helped by an excellent 44 from Shan Chathuranga.

The final team to make their way into the semi finals were new boys Tuskers who had to battle hard for the win against Sultans of Japan in their qualifying and even harder for their quarter final win against Kobe Hawks.

Don Bhanuka held together the Tuskers batting order with 30 in the morning match, followed by an unbeaten 68 in the quarter final.

Tomorrow’s fixtures are as follows: