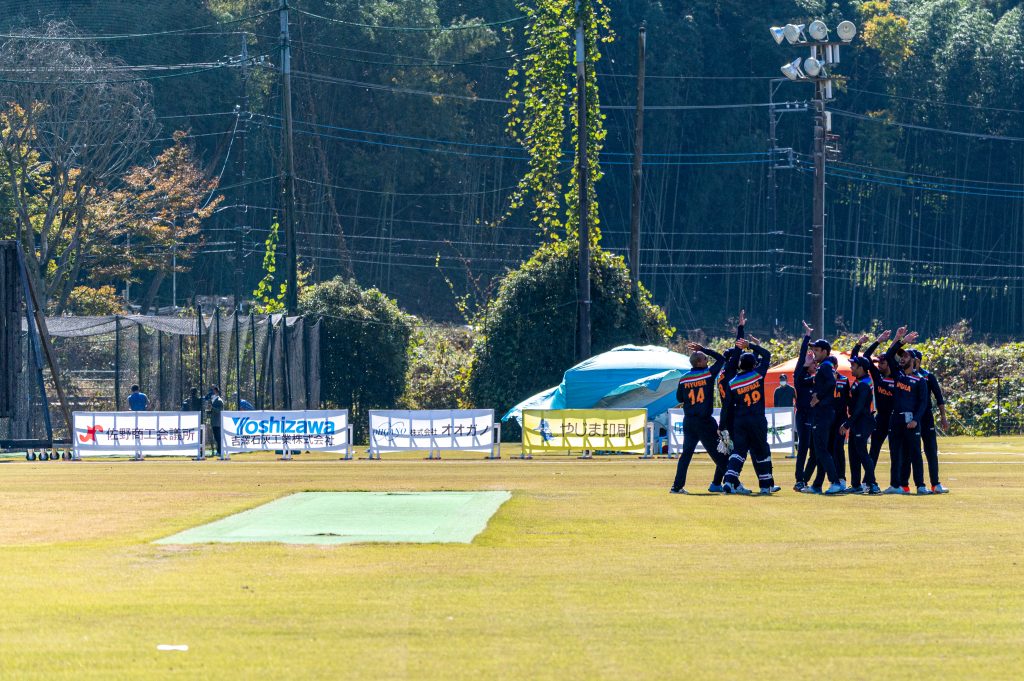 The Indian Embassy put on a clinical display with the ball to collect their first ever Embassy Cup cricket tournament title, while the Nepal Embassy prevailed over their British counterparts to win the Group B competition at the Sano International Cricket Grounds on Sunday, 31st October.

The Sri Lankan Embassy, who had made it to the Group A final after a comprehensive win over Japan, were bowled out on the last ball of their innings for 76 as the Indian Embassy spinners led the charge with their guile and accuracy. Sabaorish Ravichandran’s leg-breaks brought him four wickets for just 12 runs to lead the Indian Embassy’s bowling effort.

And despite being reduced to 20 for three in the fifth over, captain Vinay Iyer’s patient unbeaten 22 and a timely unbeaten 15-ball 23 from Sarfaraz Petkar settled the contest in the Indian Embassy’s favour. 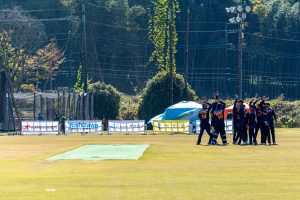 The Japan National Team shook off defeat in their opening fixture to secure third place in their Playoff tie against Pakistan with a nervy four-wicket win with one ball to spare at SICG two. Japan National Team were led by bowlers Sora Ichiki and Akira Kuribayashi’s three wickets apiece to bowl out Pakistan Embassy for 96.

The Japan National Team run chase began on a strong note, led by opener Makoto Taniyama’s 35-ball 26, but Pakistan Embassy came back into the contest in the back end of the innings. Japan National Team, however, were steered to a famous win by Souta Wada’s unbeaten 16-ball 20 that contained two towering sixes. For Pakistan Embassy, Ibrahim Takahashi continued his all-round efforts, top-scoring for the side with 26 and then pitching in with two wickets. 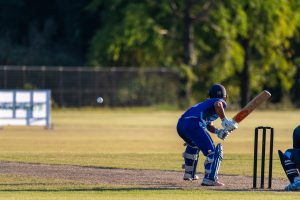 Earlier on a cold morning in Sano, Nepal Embassy’s Sujan Bastola’s four wickets for a meagre 14 runs restricted the British Embassy XI to 92 for eight in their 20 overs. Richard Sciver anchored the British innings with an unbeaten 43 from 45 balls, but their total proved to be a simple one for the Nepalese side to chase down, much like their win over Bangladesh a day earlier.

Ajay Thakur’s unbeaten 36 and handy contributions from the top order took Nepal Embassy home with eight wickets in hand and 11 balls to spare, but Bastola’s return of nine wickets from just two matches made him the undisputed top performer of the competition.

At SICG Two, the ANZAC XI claimed third place in the Group B Playoff over Bangladesh Embassy XI in what proved to be the highest scoring game across the two days of the Embassy Cup.

Richard Bracefield’s rapid unbeaten 40-ball 62 powered the combined Australia and New Zealand Embassy team to a strong 162 for seven, while the Bangladesh Embassy team were in the chase until the very end, thanks to Shakib Hasan’s aggressive 47-ball 70, that was laced with seven fours and three sixes.

The ANZAC XI, however, kept taking wickets at regular intervals to restrict the Bangladesh Embassy to 151 for nine for an 11-run win, helped chiefly by a handy spell of three for 21 from Panasonic Wild Knights rugby team coach Robbie Deans.

The JCA would like to thank the umpires and each of the participating teams for their effort and playing the game in the right spirit over the weekend, and everyone who tuned in on our YouTube channel to watch the action. Remember to subscribe to stay updated about all things cricket in Japan!