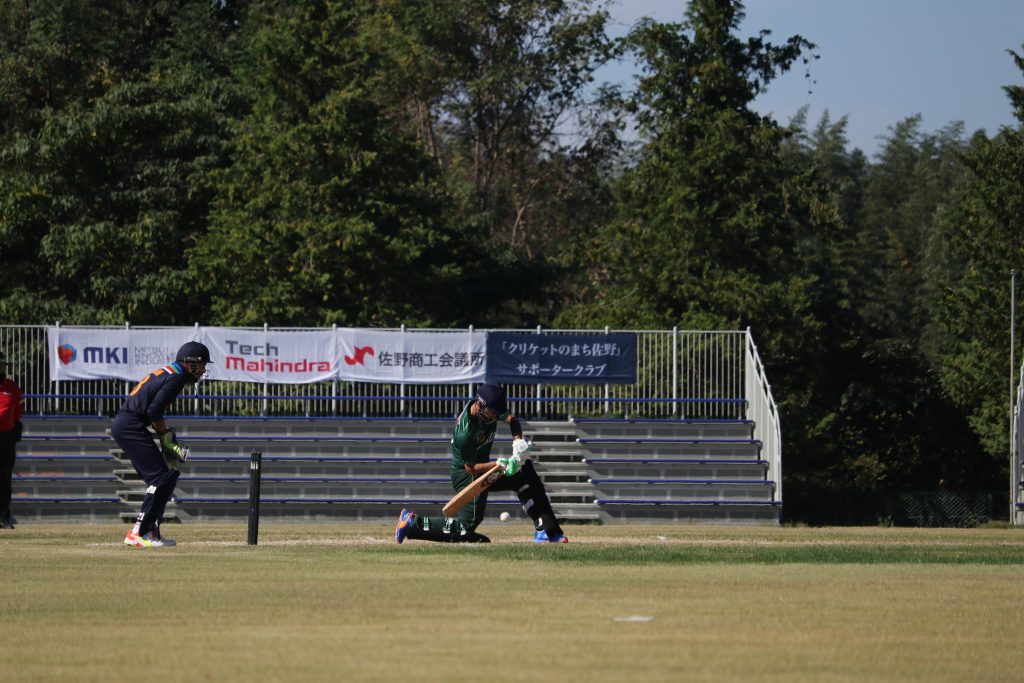 A clinical display with the ball powered the Sri Lankan Embassy to a comfortable 55-run victory over Japan Embassy to set up a final showdown against the Indian Embassy, who survived a shaky start for a five-wicket victory over Pakistan Embassy on the opening day of the fourth Embassy Cup cricket tournament at the Sano International Cricket Ground on Saturday, 30th October.

Bowlers from both matches shone in the low-scoring ties, with Japan Embassy’s slow bowlers putting on a spirited display after a strong start by the Sri Lankan Embassy in the afternoon Group A fixture. Kohei Wakita’s figures of three for 30 led the way before spinners Sora Ichiki and Makoto Taniyama picked two wickets each as the Sri Lankan Embassy was bowled out for 115 in the 20th over.

The Sri Lankan Embassy, however, came back with the ball with left-arm seamer Malith Neranjan’s opening burst of three for 11 put them in charge of the proceedings. Bowlers that followed the opening spell continued with their accuracy to bowl the Japan Embassy out for 60 in the 17th over to complete a comprehensive win as the shadows lengthened across the SICG One. 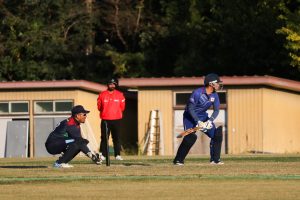 Earlier, the Indian Embassy chased down their modest target of 66 after having slipped to 37 for five in the 10th over of the innings. The lower middle order ensured no further setbacks to upstage the defending champions after a spirited bowling display of their own ensured the Pakistan Embassy side was bowled out for 65 in the 17th over.

Ibrahim Takahashi’s 48-ball 35 at the top of the order was the highest score from either side, while Gurman Singh’s opening spell of three for 14 from his four overs led the Indian Embassy’s bowling effort. Takahashi returned to scalp two wickets in the Indian Embassy innings, but it wasn’t enough to spark a collapse. 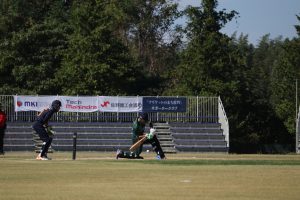 At SICG two, the British Embassy XI were powered by a fluent 52-ball 78 from Alex Patmore to finish on a strong total of 154 for two in their 20 overs, which was enough to take them to a 15-run victory over the combined Embassy team of Australia and New Zealand.

The Australia and New Zealand Embassy made a strong start to their run chase, as Dhugal Bedingfield’s whirlwind 37-ball 59 and a strong third-wicket partnership had them cruising at one stage, before the British Embassy XI made a strong comeback with some tight bowling in the middle overs.

Ken Dobson’s unbeaten 30-ball 36 was not enough as the British Embassy total proved to be enough to secure them a place on Sunday’s Group B final against the Nepal Embassy, who made it to the final with a comprehensive victory over the Bangladesh Embassy in the afternoon fixture at SICG two. 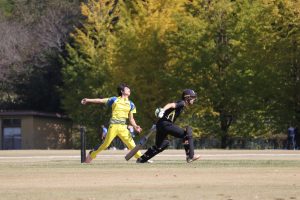 Sujan Bastola’s impressive figures of five for 14 from four overs put Nepal Embassy in a commanding position as Bangladesh Embassy was reduced to 13 for five at one stage, but Mohinuddin Rakib’s 34 helped them bat out their full quota of overs in another low-scoring encounter. Bangladesh Embassy were restricted to 82 for eight, which the Nepal Embassy chased down comfortably for a nine-wicket win in the twelfth over.

Sunday’s Group B Playoff for the third and fourth place will be decided between the Bangladesh Embassy and the ANZAC XI at SICG two in the morning session. You can catch all the action from the Embassy Cup live on our YouTube channel, https://www.youtube.com/user/JapanCricket.