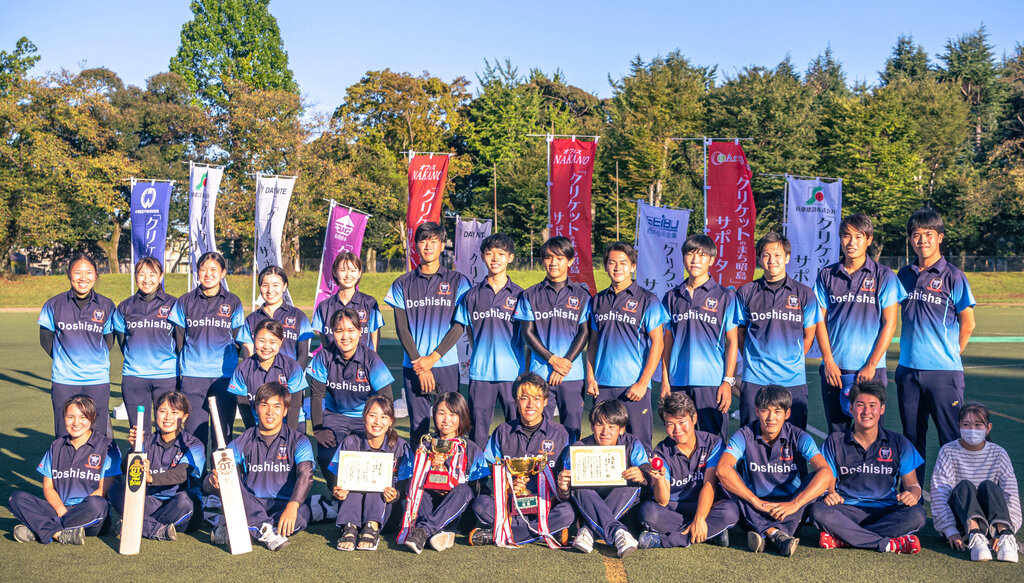 Doshisha University mens and womens teams are Japan University champions for the first time after both claimed victory in the Champions Wicket university national finals, held in Akishima on Sunday September 19th.

In the womens match, which took place in the morning, the Kansai champions Doshisha faced Kanto champions Waseda University.

Doshisha easily chased the target just two wickets down and with six overs to spare, Rin Yamazaki top-scoring with 18 runs.

The mens final in the afternoon was a much tighter match, the winner decided in the last over of the day.

Again it was Doshisha University facing Waseda University with Waseda the favourites, having won the Champions Trophy no less than eight times in the past.

Waseda batted first but their innings never really gathered momentum and they were eventually bowled out in the last over of the innings for just 82.

83 seemed to be an easy target for Doshisha until Noboru Asanaka ripped through the middle order, taking four wickets for just eight runs.

The match was back in Waseda’s favour but, thanks to a calm innings from number nine batsman Ken Sakaguchi, Doshisha were able to inch towards the target.

Nine wickets down with just three balls remaining, Sakaguchi took a daring run after the wicket keeper made a slight fumble and a subsequent overthrow at the bowlers end sealed a historic win for Doshisha.