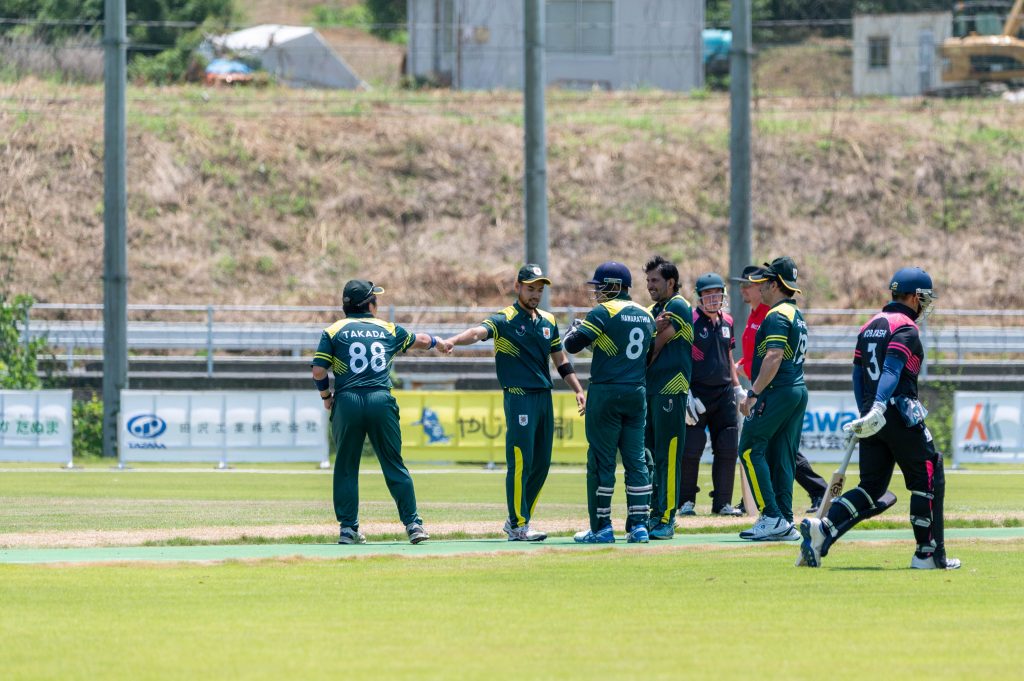 It was a perfect day for the East Kanto Sunrisers as they registered two wins to book their place in the Japan Premier League Final.

The morning result was the most significant, taking on defending Champions South Kanto Super Kings who knew they had to win to keep their own final aspirations alive.

Supun Nawarathna launched in the powerplay, his 29 off 14 balls taking the Sunrisers to 44 before his dismissal in the fifth over. Ibrahim Takahashi (22) and Sarfaraz Petkar (50) then continued the charge before a flurry of wickets late on threatened to derail their efforts. Kohei Kubota finished with 5/37 as the Super Kings took all ten wickets in 19 overs.

Set a target of 144 to get their campaign back on track, the Super Kings struggled for momentum throughout and never really looked up to the task, finishing a rather tame attempt at 111/9 from their 20 overs. The 33 run win for the Sunrisers was in part thanks to Dinesh Sandaruwan, whose 3/19 gave the Sunrisers one foot in the final.

They followed that up with an explosive display against the North Kanto Lions. Nawarathna was on fire again in the powerplay, this time alongside Ashik Chowdhury, as the pair struck five maximums between them; putting on 77 in the powerplay.

Chowdhury’s dismissal for 41 with the score on 92 sparked a huge collapse as the Lions found energy and verve in the field that had previously been lacking. Shotaro Hiratsuka (2/17) made that breakthrough and bowled beautifully in tandem with Pradeep Roshan (3/15) who took three wickets in the ninth over.

At 116/8 in the 17th over the Lions were on top, but Malith Neranjan changed the game with some huge straight hitting, his 42* off 14 balls propelled the Sunrisers to 168/8 and ultimately out of the reach of the Lions.

The Lions showed much more fight than they had the previous day, refusing to lie down and 34 from Roshan gave some hope before he feathered one behind. Neel Date finished with 3/15, one an acrobatic caught and bowled, as Sunrisers kept the Lions to 129/7 to secure a win by 39 runs and their place in tomorrow’s final with a game to spare. 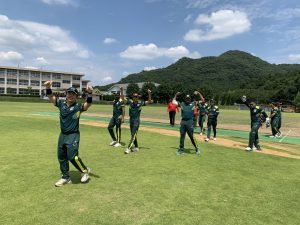 West Kanto also had it all to play for after their win against the Super Kings yesterday, and were indebted to Vinay Iyer for a virtuoso performance against the Kansai Chargers.

Fresh from their own fine start the Chargers looked solid again as Makoto Taniyama made a fluent 45 from 41 balls, but after he was dismissed by Iyer (3/17) things fell away quickly as the Hurricanes, led up front by the accurate bowling of Kakeru Ebisui (0/8 from 4 overs) restricted the Chargers to 107/7.

Iyer then combined with Shogo Kimura (30*) in an unbroken stand of 109 in 12.4 overs, to see the Hurricanes home by 10 wickets, his 66* earned him a second MVP award in succession. 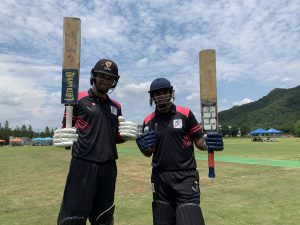 The final match of the day allowed South Kanto to get some pride back, and ended any hopes Kansai had of making the final.

An opening stand of 66 between youngster Aditya Phadke (26) and Rohit Kesari (57) was followed by 39 off 20 balls by Sabaorish Ravichandran as the Super Kings made the highest total of the competition, an imposing 170/6; Makoto Taniyama finished with 2/20 off his 4 overs.

The Chargers raced to 42 in the 5th over to give the Super Kings a bit to think about, but once both openers fell in successive balls the steam went out of the chase. Piyush Kumbhare grabbed 3 wickets for 5 runs and Ravichandran 2 for 9 as they bowled the Chargers all out for 87 in the 18th over to win by 83 runs.

All that means the Hurricanes look odds on to make the Final, a win against the winless Lions would guarantee that, while Kansai need a big win over the Sunrisers to have any hope. The Lions will need that win to grab a place in the play-offs, while net run rate may well end up playing a part.

The other factor to consider is the heavy thunderstorm that struck the Sano International Cricket Ground shortly after play ended, which could well impact the matches tomorrow and even force play into the reserve day on Sunday.