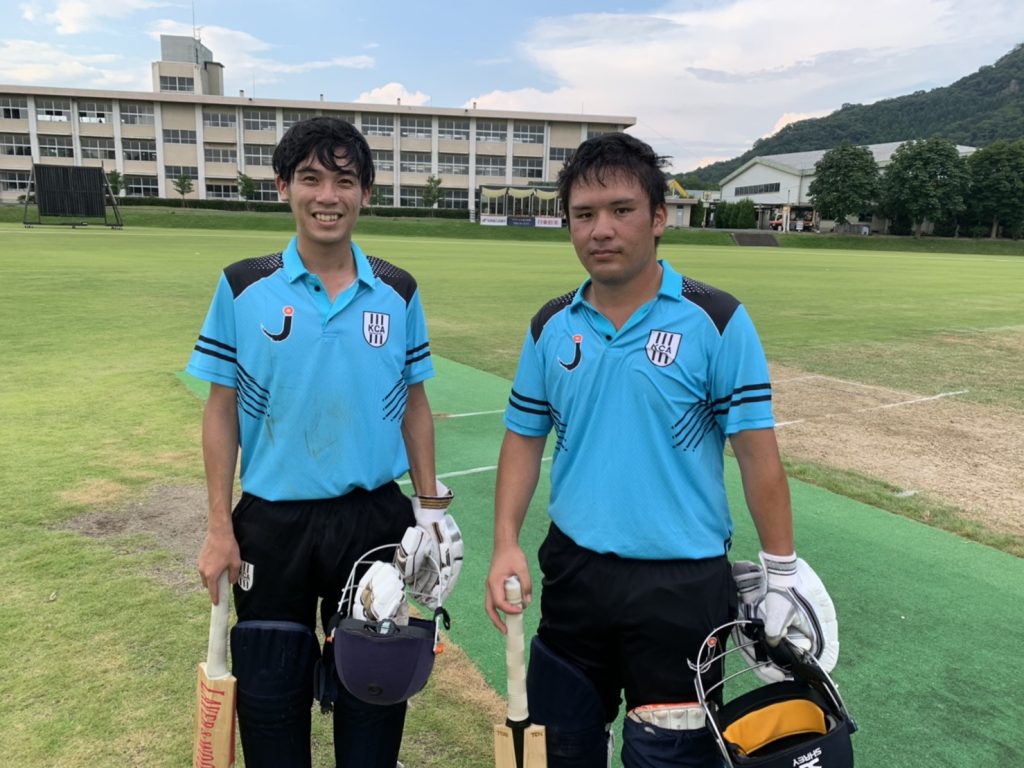 Batting first the Lions started with 12 off the first over, but once Simon Dart was bowled by Kenjiro Iwamoto, Taniyama took over. He only delivered three overs, but with an immaculate line and length with just enough turn to cause doubt, the Lions had no answers.

After dismissing the Lions for 49, Taniyama then scored 25* off 19 balls to guide his team to a ten-wicket win. 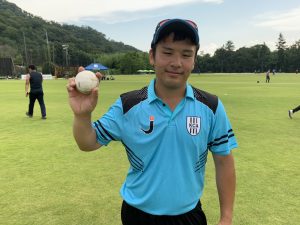 Four teams finished the day on two points, with East Kanto Sunrisers the other side with one win from one after edging a thriller in the first match of the day against West Kanto Hurricanes.

Having kept The Hurricanes to 114/9 from their 20 overs, thanks to some tight bowling from Ibby Takahashi (1/18) and Dinesh Sandaruwan (2/19), the Sunrisers made a wobbly start in the chase; Takahashi holding things together with 31.

Takuro Hagihara (2/14) and Kakeru Ebisui (2/21) made the early inroads with the Sunrisers 59/6 after 13 overs and looking in big trouble. Sanjaya Yapabandara then turned the match around with 38 off 25, including three big sixes.

Wickets kept falling, Sora Ichiki with 2/20, and with 16 needed off the last two overs and just one wicket left, it was a scampered leg-bye off the last ball of the game that edged the Sunrisers home by one wicket.

The Hurricanes responded to that disappointment with a crushing win over the defending champions South Kanto Super Kings, inspired by Vinay Iyer’s 79* from 61 balls. An opening partnership of 65 with Shogo Kimura (21) before Shubham Shukla wacked a couple of sixes in his 22 off 10 as the Hurricanes posted the highest score of the day of 164/5.

Hagihara (1/1) and Ebisui (2/19) again struck early to reduce the Super Kings to 11/3 in the fifth over. At 37/6 in the tenth over the game looked dead and buried before Piyush Kumbhare (40 off 24) at least gave the Super Kings some respectability thanks to a 66-run partnership with Manoj Bhardwaj (25 off 33) which ended on the penultimate ball of the match.

The Hurricanes were made to wait but a win by 47 runs against the pre-tournament favourites will fill them with confidence going into a vital second day.

The Super Kings had at least registered a win in the morning, rolling over the North Kanto Lions thanks to 4 for 9 from Piyush Kumbhare. Having been 46/1 after four overs, a total of 90 looked well short, and proved to be just that as Rohit Kesari made 42* from 27 deliveries to give the Super Kings a winning start by six wickets with five overs to spare. 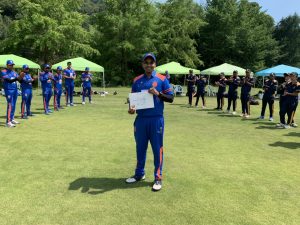 The Kansai Chargers will sleep well at the top of the table thanks to their excellent net run rate, while North Kanto Lions end the only team without a win. Friday should be another excellent day of cricket with all teams showing flashes of excellence.