Watari confirmed as the City of Cricket in Tohoku

The JCA signed a City of Cricket agreement with Watari-cho, Miyagi Prefecture and Sendai University on the 20th of July.

Through the agreement, the three parties will join hands to develop Watari into the largest Cricket hub in the Tohoku region. The agreement aims to use Cricket as a tool to develop Watari as a unique town in the region, increasing the number of visitors while providing international exchange opportunities.

The Torinoumi Multipurpose Field, opening on the 1st of August, is planned to be the centre of the Cricket activity in the town, ranging from community engagements for all ages, agendas and ability, to the hosting of tournaments. A portable mat will be used for staging Cricket matches at Torinoumi in the mean time, while plans are in place to install a hard pitch later in the year. 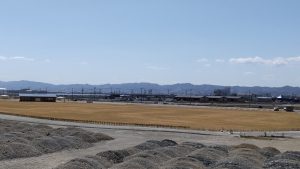 The JCA CEO, Naoki Alex Miyaji said, “Our five year strategy 2018 to 2022 has aimed to establish Cricket hubs in the Tohoku, Tokai and Kansai regions. We are delighted to be able to confirm Watari as the City of Cricket in the Tohoku region after opening the first purpose built cricket field in western Japan in Kaizuka City only last year. I would like to thank Sendai University who have created this opportunity through their efforts to strengthening ties with local communities. I would also like to thank the supporters of the Cricket for Smiles programme. I would especially like to thank Shyam Bhatia of Cricket for Care and Kate Cropper of Stephen Cropper Tohoku Education Fund who have supported our programmes in the region and with Sendai University ever since it started in 2011 in the aftermath of the Earthquake and Tsunami. We are delighted that after ten years, we are now able to start a City of Cricket project in the region in partnership with Wataricho and Sendai University. We hope that the project will leave a lasting legacy to the town and people.”

Watari-cho is located just 20 minutes from Sendai Airport and 30 minutes by train from Sendai Station. The Torinoumi ground is just 100 m from the beach making it the closest Cricket ground to the beach in Japan.