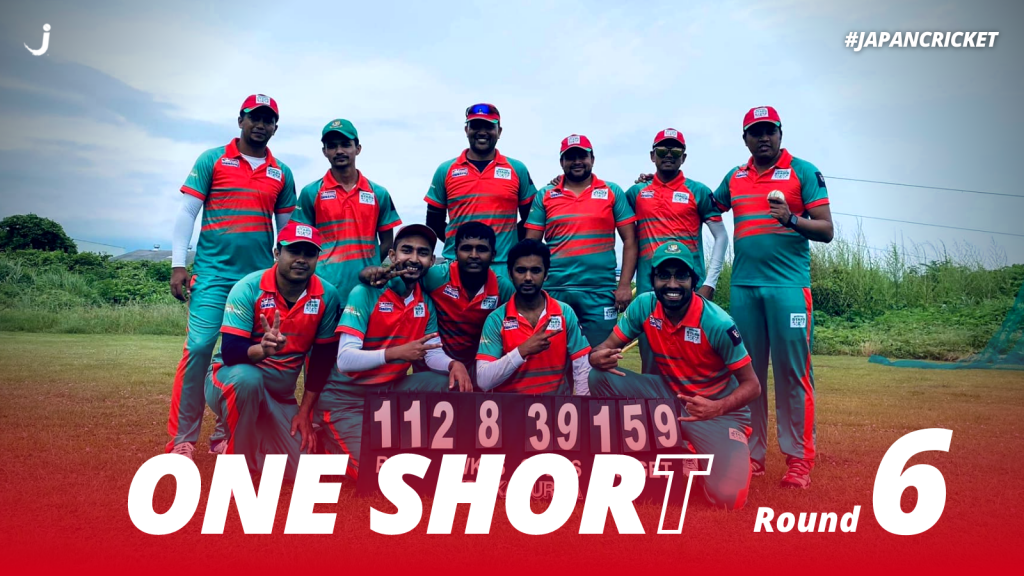 Cricket returned on Saturday 26th June and we now have to face the fact that our reports are going to look all out of order as rescheduling gives everything a slightly skewed look. Huge credit must be given to those behind the scenes making sure no matches have been lost in the JCL due to the two-month pause in activities.

Teams seem to have responded in different ways to the break in play, and nowhere was that more evident than at the SICG where MAX Cricket Club continued their impressive start to the 2021 by impaling the Chiba Sharks.

With a crowd hoping for a close contest, MAX simply blew the Sharks away from the off as Takuro Hagihara (3 for 14) and Dinesh Sanaruwan (3 for 13) ran amok. MAX took all ten Sharks wickets in just 18.4 overs and mustered just 66 runs in a display that will leave them reeling.

MAX were never troubled by such a meagre total, chasing the target in just 10.2 overs with Supun Nawarathna unbeaten on 27* as his team wrapped up an eight-wicket win. 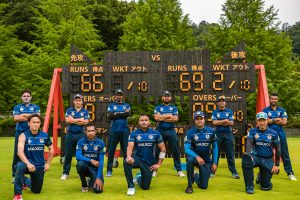 On the same day at the Fuji Grounds, the Rising Stars had much to celebrate as they earned their first ever win in Division One. They did not have it easy though, twice in trouble against the Tokyo Wombats and indebted to a couple of partnerships to haul them to respectability.

Firstly a 20-ball 49 from Ubaidus Sayeed, which included five 6s, dragged the Rising Stars out of the mire of 29/4 to 83/5, before Rakibul Hasan (41*) and Hossain Riaz (17) added 58 for the ninth wicket before the miserly Muhammed Ali (2 for 8) finished things off. Chelsea Moscript was again among the wickets for the Wombats, 3 for 44, but a score of 158 all out gave the Rising Stars something to bowl at.

The Wombats made a reasonable start in the chase, despite Jarrad Shearer having to be helped off the field with a suspected torn calf muscle, and with 66 on the board without further damage the Rising Stars would have feared the worst. The introduction of Abu Hasnat Alam changed all that as he dismissed four of the top five including a set Alex Patmore (28) and Muhammad Ali (22).

Alam’s 4 for 18 from eight overs sent the Wombats into freefall and despite some dogged  resistance lower down it was the Rising Stars who took the honours in a 45-run win. 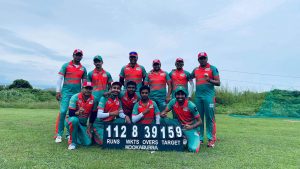 Back at the SICG it was Wyverns who came out on top in a tussle with Men in Blue, thanks largely to 65 from Raheel Kano which helped his team to 240/7 from their 40 overs.

MIB had faith while Abhi Dewan (42) and Ankit Panwar (43) were adding 90 for the third wicket, but once that partnership was broken Wyverns ripped through the last eight wickets for 42 runs with just one other batter making double figures. Kohei Kubota was the star with the ball, his pace and bounce helping him to figures of 4 for 34 as MIB were all out for 154 giving Wyverns a hefty win by 86 runs.

Played a week later and lucky to escape the rain, Alpha Quashers Yokohama and Tigers CC met in a replay of the 2020 Grand Final, and although the result was the same there were scares aplenty for the defending champions.

Gurman Singh wreaked havoc with the new ball, taking 3 for 25 before Preetham Prakasha wrapped up the Tigers’ tail with 4 for 33. In between then the Tigers were indebted to 58 from Urminder Singh, batting at number 8, which propelled his team from 70/5 at one stage, to 191 all out

Vikas Jha then starred for Tigers with the ball, his 4 for 15 making sure the Quashers chase never really got going; Tigers vanquishing their rivals for just 111 in 36.1 overs to win by 80 runs and maintain their 100% start to the season.

Thanks again to the umpires who stood in all the matches, they are listed below:

Player of June… Not many options this month as we had limited matches to pick from.  Raheel Kano did make most of his single game in June by scoring 65 and taking 2 wickets. Congratulations Raheel! 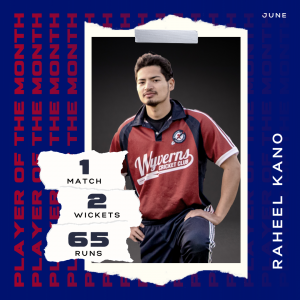