JCL Round One: Season Starts with Sakura & Centuries 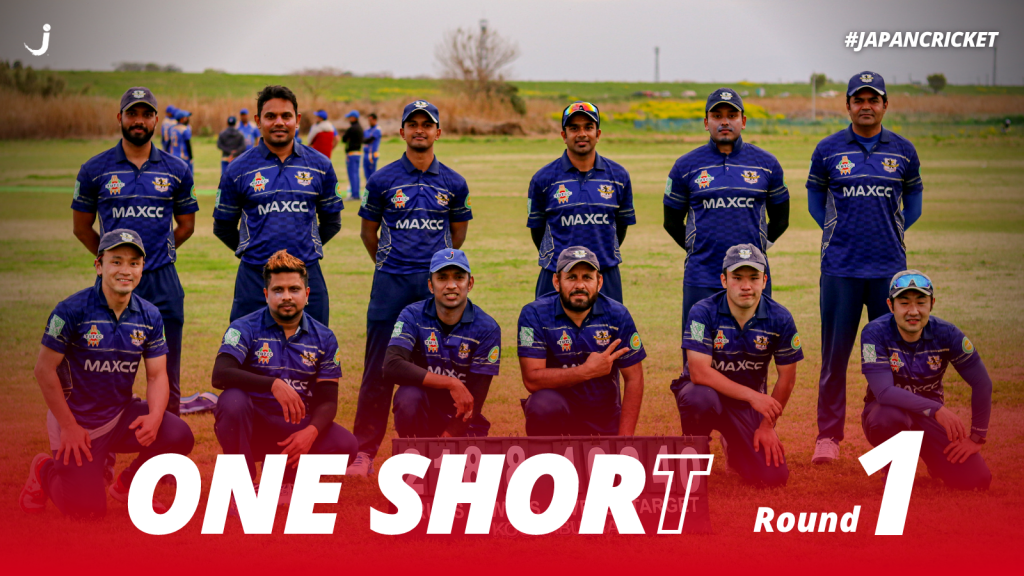 The cherry blossom was out, Mount Fuji put in an appearance and there are even a couple of centuries to report. What a way to start the season, so let’s get to it.

The first league match of 2021 at the Sano International Cricket Ground featured the Chiba Sharks and the Men in Blue, two teams in transition and keen to get off to a good start.

With the Sakura in full bloom the Sharks went out to bat first and their early stroke-play matched the magnificence of the scenery as they raced to 139 after 23.3 overs before skipper Dhugal Bedingfield hit one to the fielder for a well-made 70.

His opposition skipper Gurdeep Dua had taken the catch and promptly got up to skittle the Sharks middle order. His 4/26 meant MIB bowled the Sharks all out for 227, a competitive score even on the fast outfields of early season. 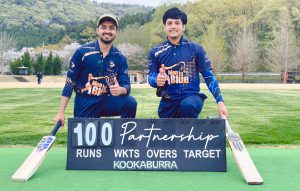 In the chase Abhipray Dewan (62) and Ankit Panwar (51) put on a century stand for the third wicket to keep MIB in the hunt, but when they were dismissed in quick succession it looked like the game was up and the smart money was on Sharks seeing the match out. Hitesh Akabari had other ideas.

After taking a blow to the head from the bowling of Hamid Bacha (who had 3/19 at the time) in the 35th over, Akabari (32*) smoked successive sixes off Bacha (3/45) as 26 runs came from the 37th over. The equation quickly went from 48 runs needed from the last five overs, to 15 needed from the last three, a task that was completed with an over and five wickets to spare.

A bruising defeat for the Sharks and one sure to pump belief into the Men in Blue. Highlights are available on CricJP.

Further South at Sano Three another run chase was unfolding after MAX CC had posted an imposing 239/7 in their 40 overs against the Tokyo Falcons: courtesy of half centuries for Makoto Taniyama (61), Vinay Iyer (50) and Hanif Niazi (69). Abhi Telang (3/39) and Kuldeep Bisht (3/30) the best performers with the ball for Falcons.

Wickets then tumbled at the top as MAX came hard at the Falcons, the evergreen Takuro Hagihara (3/40) striking twice in the early stages. With Falcons looking dead and buried captain Sameep Dewar (61) and Tharindu Perera (70*) made a real fist of things batting at eight and nine respectively, suggesting that perhaps the batting order was the wrong way around. 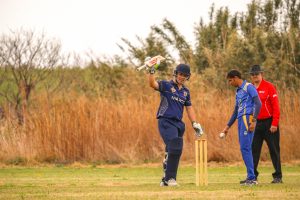 MAX held their nerve to close out a 22-run win, but Falcons will take plenty of heart from their lower order fight. Highlights of this match can also be seen on CricJP.

Even further south, and a little west, under the gaze of an adoring Mount Fuji, the Tokyo Wombats were up against the 2020 Runners Up in Alpha Quashers Yokohama.

The Quashers captain Rohit Kesari was the hero of the day, batting lower than usual at number six, he made an unbeaten 112 from just 69 deliveries, including five maximums. Making her Division One bow was Chelsea Moscript, and her leg-spin was the pick of the Wombats bowlers, taking 3/49 from her eight overs. 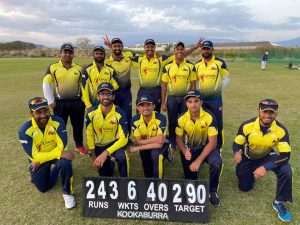 A total of 289/7 proved too tall a mountain to climb for the Wombats, but on a good weekend for captains, Alex Patmore certainly gave it a fair go, making 110 from 99 deliveries. He was ably supported to begin with by Richie Bracefield (44), but the Quashers bowlers chipped away and kept the Wombats to 246/6 to win by 43 runs. Tough for Wombats to swallow that one, having made the second highest team score of the round.

The following day Sano Cricket Club set out to show the league that they mean business this year and duly racked up 240 all out against the Rising Stars. Gagan Suri top scored with 65, while 36 off 30 balls for Shu Noguchi bodes well for a player many will be watching in 2021. 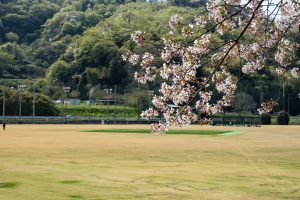 The Rising Stars were never really in the chase and five Sano bowlers picked up wickets on the way to bowling them all out for 153 to secure an 87-run victory with the Sakura again being perhaps the highlight of the game.

The defending champions, Tigers CC, had to wait a week to begin the defence of their crown, coming up against Wyverns in the “Match of the Round” as shown live on the JCA YouTube Channel.

Unfortunately the match was never a contest as Wyverns folded like a piece of paper in their batting innings, Tigers bowling them all out for 86 with Abhijith Sashikumar taking 5/23, the first five-wicket haul of the season. That Wyverns made even 86 was thanks to a tenth wicket partnership of 26, and when number 11 Masato Morita is the top scorer in your innings then it’s likely you don’t have enough runs to compete. 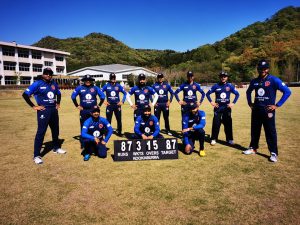 Thus, it proved as Tigers knocked off the runs for the loss of three wickets and with just 15 overs bowled. Tomo Oki was the only bowler to taste success, his 3/38 included Sabaorish Ravichandran for just 15 as he looked to get the game finished as fast as possible.

A quick thank you to the newly formed JCL Umpire Panel, who looked resplendent in their attire and played a vital role in making sure that all matches ran smoothly. We will be listing all the umpires as a way of doffing our cap to these outstanding individuals. All hail the following: