Tigers At The Double! Win Japan Cricket League for the First Time

Tigers Cricket Club have won the Japan Cricket League Division 1 title for the first time in their history by defeating Alpha Quashers Yokohama by 53 runs at the Sano International Cricket Ground. 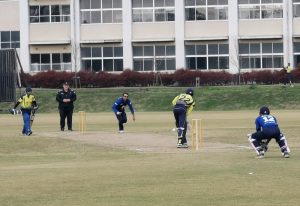 Both teams were looking to lift the JCL shield for the first time and in a see-sawing match, in which momentum shifted several times, the Tigers finally finished on top.

Tigers captain Sabaorish Ravichandran won the toss and decided to bat. He led the way with his team with a typically aggressive 58 before being clean bowled by Raman Tanwar.

After his dismissal the Tigers had a sudden collapse, stumbling to 93/7, before a stubborn partnership between Manoj Bhardwaj and Puneet Kumar helped their team recover to 171/9 off their 40 overs.

The Tigers opening bowlers started in devastating fashion, Puneet Kumar and Swapnil Chaurasia taking wickets in their first overs to leave the Alpha Quashers scoreless for the loss of two wickets. 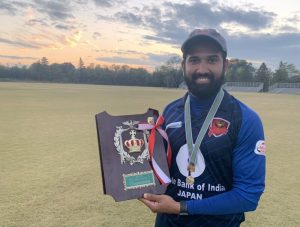 The Alpha Quashers never quite recovered and, despite a fighting half century from Vinay Iyer, they were eventually bowled out for 118, Tigers captain Ravichandran claiming the final wicket.

Not finished yet, the Tigers followed up their Division 1 title with a repeat performance in the Division 2 final, defeating Tokyo Falcons by 111 runs.

Meanwhile, in the Division 3 final Tokyo Rangers celebrated their first year in the JCL by defeating Tokyo Falcons by five wickets to clinch their first title.