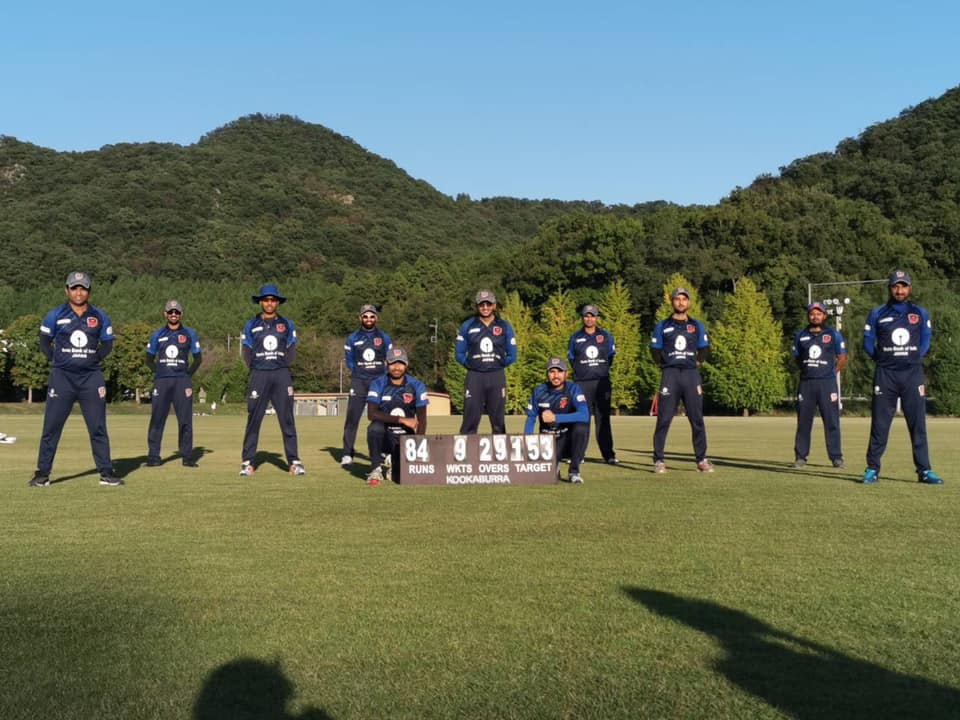 The Japan Cricket League is guaranteed a new Champion in 2020 after the two form teams of the season duly booked their places in the 7th November Final.

The Tigers will go into the showdown with an unbeaten record after being made to work by the surprise package of the season, Tokyo Falcons. 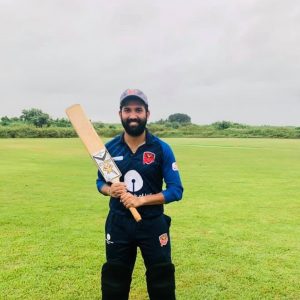 Predictably the Tigers were indebted to Sabaorish Ravichandran, who is now the leading run scorer and wicket-taker in the division. His run-a-ball 42 may have been less than he is used to this year, but was enough to push the Tigers to 152 all out after an early onslaught from Naveen Negi.

Negi took wickets in each of his first three overs and ended with a career best 4/44 before Ankit Chawla (3/28) took care of the middle order. 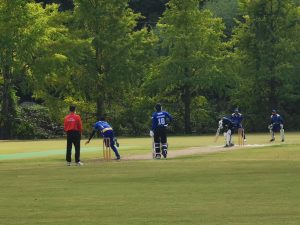 On a sticky wicket the Falcons never got going in the chase, Puneet Kumar following up his success in Round Seven by knocking over the top order (3/8) before Ravichandran mopped up the tail with his own best haul of the season (4/8).

A win by 67 runs puts the Tigers into their second ever final, and first since 2016 as they search for that elusive crown.

For the Alpha Quashers of Yokohama this will be their first ever final after they marked a real return to form with a thorough dismantling of MAX Cricket Club. 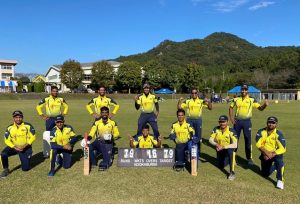 Bowling first the Quashers were on top right away as Nandha Rangasamy (2/11)dismissed the dangerous duo of Makoto Taniyama and Ali Raza, while Gurman Singh (2/17) made the initial breakthrough to ensure there was no Hanif Niazi special.

Despite a defiant 49 from Supun Nawarathna, wickets kept falling and Quashers had all ten wickets in just 23.2 overs with a meagre total of just 78 on the board. As ever for the Quashers, six different bowlers chipped in with wickets. 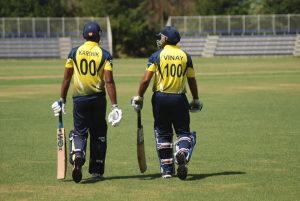 A recurring feature of this season has been the dominating opening partnership between Vinay Iyer and Karthik Vellingiri, and they were at their best again knocking off the target in just 16.1 overs with all ten wickets to spare. Iyer and Vellingiri finished 28* and 41* respectively.

The Tigers will also play their first Division Two Final since 2016 after their Second XI knocked over AQCC to book a place against Tokyo Falcons Second XI, who in turn saw off the Tokyo Rangers – that match takes place on November 8th.

Division Three will also have a new Champion as the Tigers were denied an unprecedented three finals by the Tokyo Falcons and Tokyo Rangers got home against AQCC to see who can lift that trophy on November 7th.