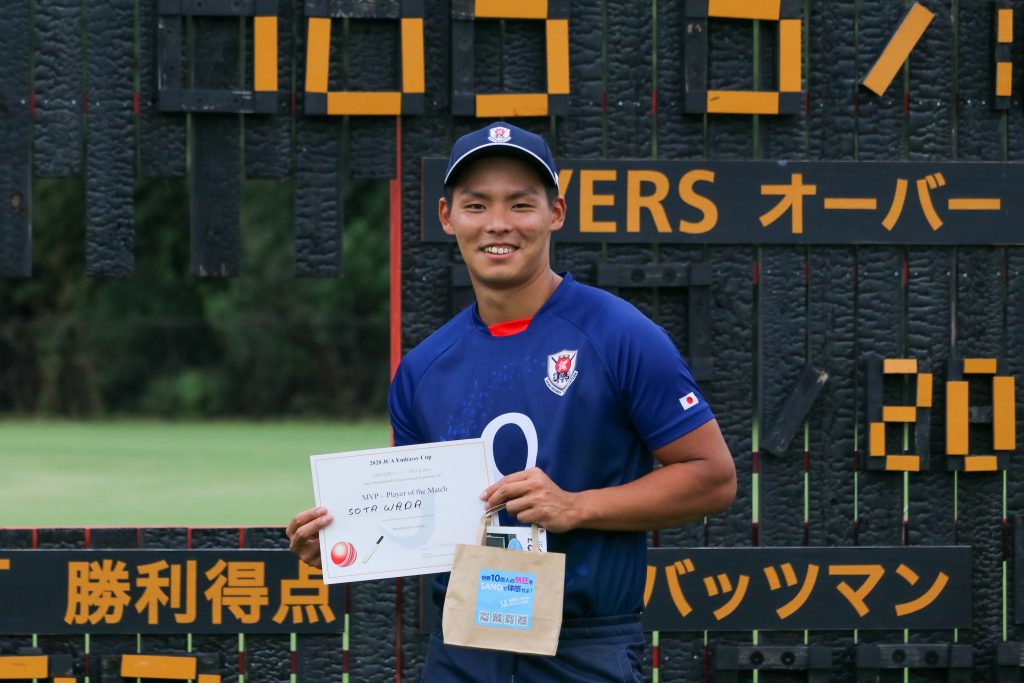 The rain stayed away on the opening day of the Embassy Cup, enabling the two Japan teams to record comfortable victories over the Bangladesh Embassy in Group B and the India Embassy in Group A.

In Group A the Japan A team batted first and batted to 120/9 after 20 overs with stalwart Masaomi Kobayashi top scoring with 29, while Nikhil Chhajed was the pick of the Indian bowlers with 2/16. 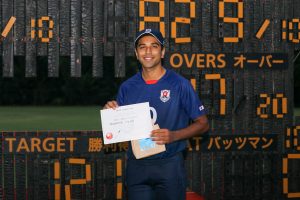 Japan then dominated India with the ball as Muneeb Mian Siddique (4/10) made an early breakthrough before returning to combine with Makoto Taniyama (3/19) to pulverize the middle order. Japan eventually dismissed India for just 82 to win by a convincing 38 runs.

That win means they will play the Pakistan Embassy tomorrow, after they overcame the Embassy of Sri Lanka by six wickets thanks to a belligerent 68 from Salman Khowaja; chasing 116 in just 14 overs for the loss of only four wickets. 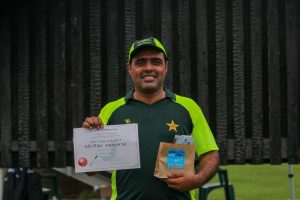 In the morning Sota Wada was the star for Japan B as his 63* from 56 balls helped his side register 131/5 from 20 overs against the Bangladesh Embassy. Shaiful Islam carried his team in the chase until his 37 was ended by a sharp stumping by Marcus Thurgate off Akira Kuribayashi, who returned figures of 3/18. 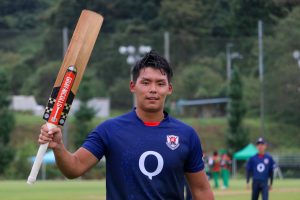 Japan B will be hopeful of winning Group B for the second year running, but will have to defeat the team from the Nepal Embassy who made tough work of overhauling the British Embassy.

After Umair Bhutto had struck 57 from 42 balls to carry the British Embassy side to 109/8, Rajan Karki took the game to the bowlers with his 28-ball 44. Although Shizuka Miyaji grabbed 3/9 to cause a wobble, Nepal eventually got home with two wickets and 3.4 overs to spare to reach the Group B Final. 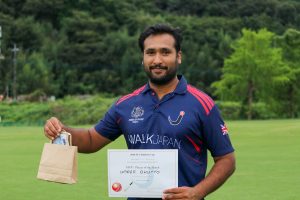 Matches tomorrow will start at the same time, the Group B matches beginning at 10:15 before the Group A Final starts at 14:00. The Finals will all be live streamed on the JCA Match Centre (and YouTube) which will include Japanese commentary so please tune in! You can also reach out on Twitter using the hashtag #JapanCricket