JCL Round One: MIB Win Only Completed Fixture 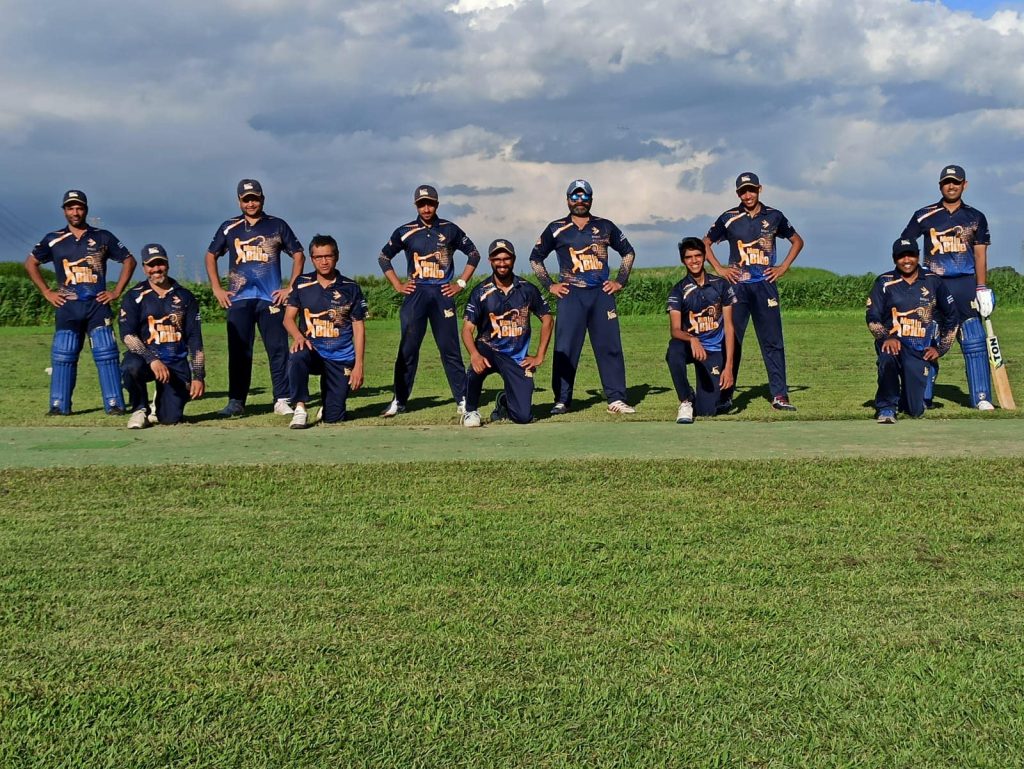 You wait and wait for the season to start, then a global pandemic strikes so you wait and wait some more. Then the green light comes…and it rains. Such is the life of a cricketer.

Just one fixture was completed in Round One of the JCL, as the Men in Blue overcame the newly promoted Rising Stars.

MIB won the toss and asked the newcomers to bat first and they had to be patient as the opening stand reached 30 and looked fairly unruffled.

Although Prasanth Manvi claimed the first wicket of the JCL season, knocking over Tawfiqur Sunny for just nine, it was the introduction of Abhi Telang and Sanket Pandhari that caused Rising Stars the most problems.

Telang (two for eight) grabbed two in quick succession before Pandhari (three for 15) got in on the act. After the run out of Kazi Murad for an obdurate 23 off 64 balls, the opener being the sixth wicket to fall with only 87 on the board, it looked like Rising Stars might struggle to make a hundred. 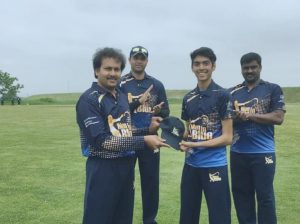 Abu Hasnat had other ideas however, heaving a quickfire 23, including two maximums, before becoming the second batsman to be caught by Japan Academy prospect Manav Natarajan, who promptly came on to bowl and mopped up the tail taking three for 24 as MIB dismissed their opponents for just 119 in 28.5 overs.

There was a wobble at the top as the Rising Stars opening bowlers took two early wickets, but Pandhari steadied things with a composed 22 before becoming the third wicket to fall. Rising Stars grabbed a couple more to reduce MIB to 76 for five with 44 runs still required and put the game in the balance.

It was left to Hitesh Akabari took the game away from the team in green, swatting two sixes on his way to a match defining 28* from 38 balls, supported at the end by Gurdeep Dua’s typically feisty 16* off 18 to give Men in Blue the win by four wickets; although they missed out on a bonus point by a single delivery.

The win puts MIB top of Pool Two. For the uninitiated there are two pools of five teams in JCL Division One this year with each team playing all the others in their group once along with three crossover matches against teams in the other pool. The top two in each pool will qualify for the playoffs while the bottom two will be relegation contenders, depending on who tops Division Two.

There is a full round of fixtures coming this weekend, a real rarity, and fingers crossed we might actually get a few more results in this most truncated of seasons.