Date Hits 59 in Loss to Canada 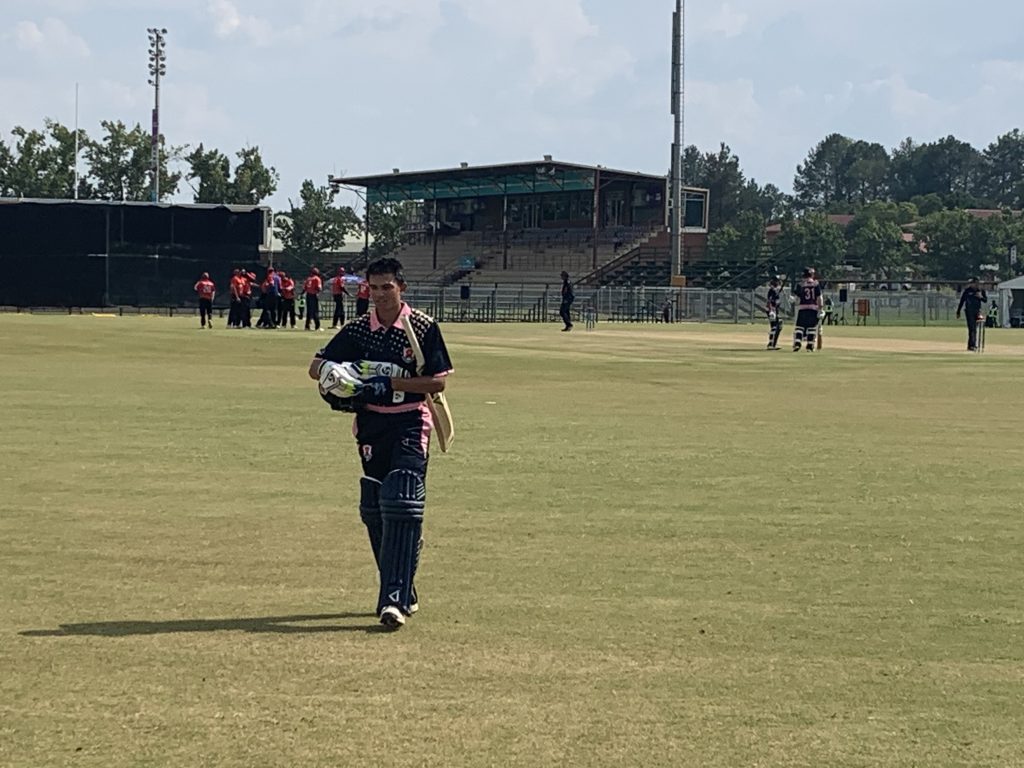 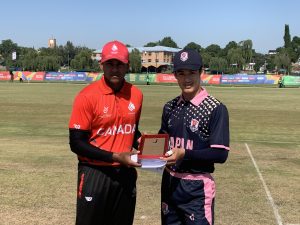 Neel Date hit the first ever half century for Japan at a World Cup as Japan made their highest team score of the tournament so far.

Date, opening the innings, shared partnerships of 42 with Shu Noguchi (13) and 31 with Debashish Sahoo (19) as Japan made it to 72/1 before wickets began to fall.

Eventually dismissed for 59, Date played an array of attacking shots, bringing up his 50 with a sumptuous straight drive past the bowler.

Akhil Kumar did the damage for Canada, having been played reasonably well by Japan’s top three, he produced an excellent yorker to remove Sahoo and repeated the trick over and again to finish with figures of six for 46, with five of them clean bowled as Canada dismissed Japan for 118 in 29.4 overs.

Earlier in the day Kento Ota-Dobell, Leon Mehlig and Tushar Chaturvedi had all collected two wickets as Japan managed to restrict Canada to 300/7 from their 50 overs. The innings was built on 101 by Nicholas Manohar who was removed by Chaturvedi the ball after reaching his century. 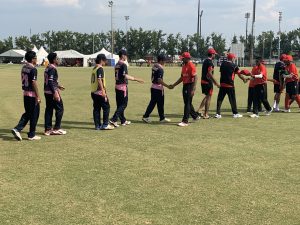 “On a ground with a fast outfield we felt keeping them to 300 was a pretty good effort”, said Assistant Coach Kendel Fleming.

“We were pleased with how the boys stuck to their plans and worked hard for each other in the field. Neel was then outstanding with the bat and really deserves his success for how hard he works for the team.”

Japan have one more match at the World Cup remaining, with the opponents being fellow debutantes Nigeria and each team will be desperate to record their first ever World Cup victory. The game will take place on Saturday 1st February at the Ibbies Oval in Potchefstroom.