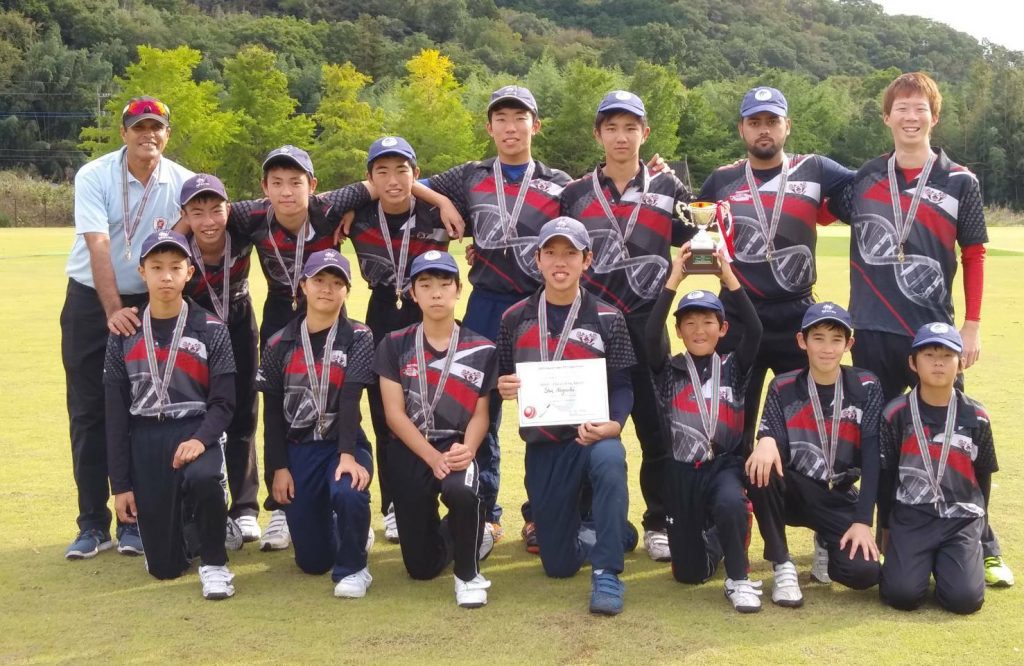 The Sano Braves became Japan Under 19 champions for the first time, beating the Chiba My Ys by 34 runs at the Sano International Cricket Ground over the weekend.

Batting first the Sano Braves were led by their captain Shu Noguchi, who batted through the innings for a run-a-ball 47.

The Braves also had good contributions from Kazumasa Takahashi (19) and Reiji Suto (28) before Nawaz Khan scored some quick boundaries at the end.

Leon Mehlig was the only My Ys bowler to claim a wicket, finishing with 3/21 off his four overs.

The Braves score of 134/4 looked very competitive but against a star-studded My Ys batting line up they knew they would have to bowl and field well.

In reply, the My Ys were in big trouble early when firstly Ishaan Fartyal and then Neel Date were trapped LBW by Kazumasa Takahashi.

Spinners Nawaz Khan and Shotaro Takahashi then bowled with great accuracy, restricting the scoring of the My Ys.

A stabilizing partnership between Tushar Chaturvedi (22) and Umar Gul (22) was not enough, the My Ys finishing their innings on 100/8.

Noguchi was named MVP for his 47 runs.

Chiba My Ys had won three consecutive U19 finals from 2016 to 2018 so this year’s win was a significant achievenment for the Braves, who were competting in the U19 league for the first time.

Many players from both teams will be representing Japan in next year’s U19 World Cup.