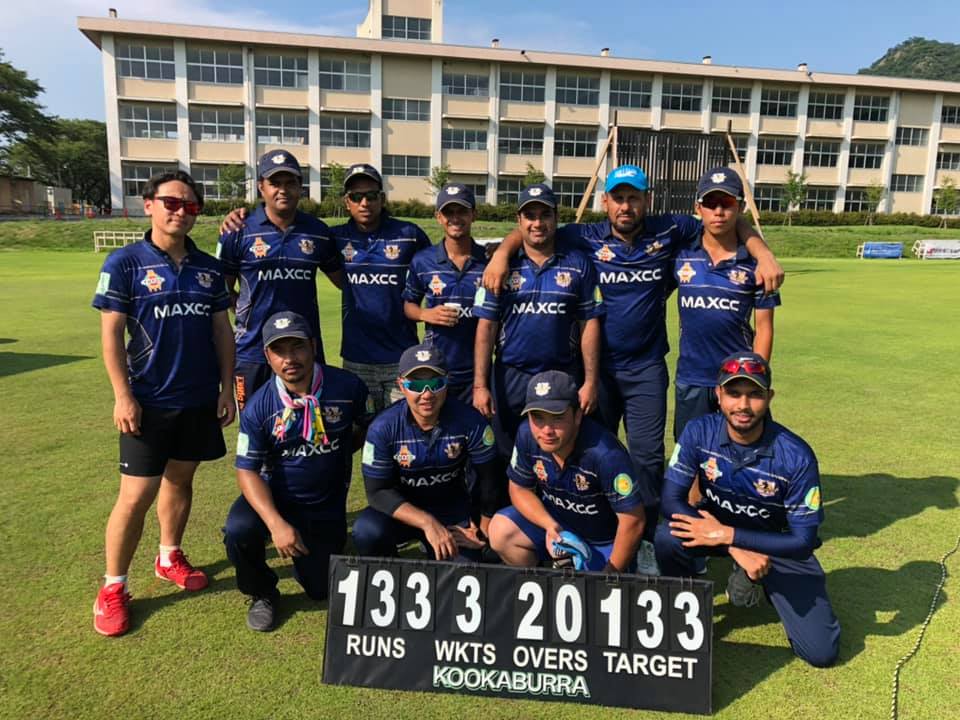 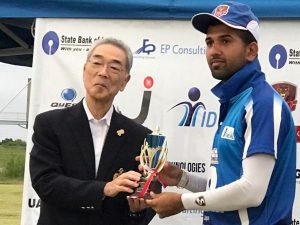 Ravichandran – Back on form

Tigers CC have often burned brightly only to fade at the key stage of the season. Comfortably top in 2018, only to crash out in the Semi-Final is a vivid example. This time around they are aiming to time their run slightly better.

Success has often been centered around the form of Sabaorish Ravichandran, who up until Round Nine had failed to pass fifty this season and so the Tigers sat fifth in the league and in danger of missing the semis altogether. That all changed against Tokyo Falcons.

Ravichandran struck the highest score of the season, 125 from just 76 deliveries, in a vital partnership of 124 with Kushal Kamat (42), as the Tigers became the first team to pass 300 in JCL Division One this year.

A total of 312/7 could have been worse were it not for Karthik Naig grabbing 4/52 for the Falcons, but the season really is starting to lurch from one nightmare result to another for the 2018 Division Two Champions.

Tigers were rampant in defending their total and indebted to Piyush Kumbhare whose mystery spin tore the Falcons apart. Nobody had taken a five-wicket haul since week one, but Kumbhare bagged 6/18 to more than double his tally for the season.

It was a bonus point win for the Tigers as they rolled Falcons over for just 91 inside 18 overs for a massive 221-run win. That win puts them three points off the teams placed second-fourth, and with several playing each other in Round 10 the semi berths are very much up for grabs. The Tigers vs Alpha Quashers contest in Round Ten has now taken on seismic importance for both clubs.

The Men In Blue have fared considerably better than the Falcons in their debut season in Division One. Up against a Wyverns team who fancied their chances, the MIB threw a huge spanner into the works and earned their third win in the division.

Sarfraz Petkar has taken to life in the top flight without fuss, and smashed a typically robust 87 from 51 deliveries after moving up to bat at number four in the MIB order. His innings, supplemented by a handy 31-run partnership in the last three overs between Hitesh Akabari (26*) and Vikash Ranjan (18* from nine balls), took MIB to 228/8 which was certainly competitive.

Raheel Kano moved to joint third in the wicket-taker list for the season, his 3/40 taking him to 17 scalps for the season, but the captaincy seems to have weighed heavy on his batting with a top score of just 18. His golden duck in this innings only compounding the issue.

Ashish Jaiswal finished with the best figures for Men in Blue, his 4/36 taking out the Wyverns middle order after Takuya Ono (32) and Buddika Nanayakkara (36) had shown some fight. All out for just 155 and a win for MIB by 73-runs, Wyverns have to face the Chiba Sharks in Round Ten who they are now level on points with.

A saving grace for Wyverns is their Net Run Rate, something the Sharks are a little more concerned 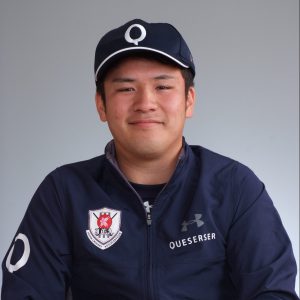 Taniyama – Driving the MAX bus on

about, especially after they were dispatched with minimal fuss by MAX CC, who confirmed their semi berth in the process.

After a 56-run opening stand for the Sharks between Dhugal Bedingfield (34) and Neel Date (22), the Sharks quickly fell away to the spin of Vinay Iyer (4/15) and Makoto Taniyama (4/24). MAX took all ten Sharks wickets for just 132 and Taniyama and co made short work of the run chase.

Opening the batting Taniyama struck his highest score of the season, 56*, supported again by Iyer with 35, as an eight-wicket bonus point win was earned after 20 overs to take the defending champions eight points clear at the top of the table. 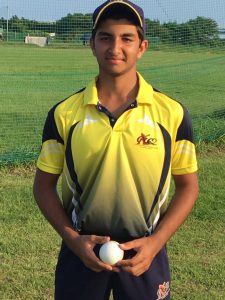 After defeats in their last two matches the Alpha Quashers responded against a depleted Tokyo Wombats. Stalwart Srinivasa Pedada hit 89 as AQCC posted their highest score of the season, boosted by an astounded 23-ball 50* by Raman Tanwar.

A total of 268/8 looked imposing enough for Wombats and, without their top runs scorers Bracefield and Patmore, they never came close. Only two players made double figures as Tushar Chaturvedi grabbed career best figures of 4/9 to earn a crushing win by 197 runs and gave AQCC a bonus point that took them level with Sharks and Wyverns on 24 points for the season.