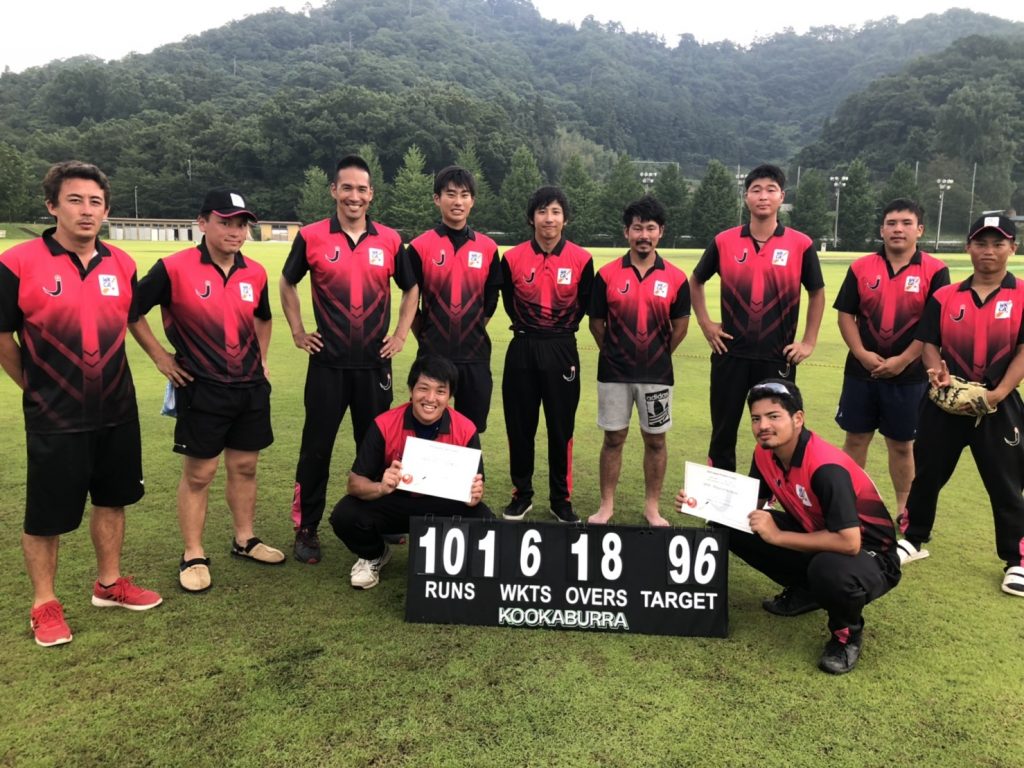 The West Kanto Hurricanes have had the perfect start to their Japan Premier League campaign by defeating the North Kanto Lions in both matches of their opening round double-header in Sano on Sunday.

Batting first the Hurricanes were in early trouble when Lions fast bowler Salman Khan (3/12) bowled Makoto Taniyama in the second over.

A steady partnership from Wataru Miyauchi and Raheel Kano eased the pressure for the Hurricanes but some tight bowling from Lions captain Prabath Dhanushka helped restrict the Hurricanes scoring.

All out in the last over for 107, few gave the Hurricanes much chance of winning.

However, a feisty opening spell of bowling from veteran Takuro Hagihara (1/10) made scoring difficult for the Lions.

When the spinners came on things went from bad to worse for the Lions, Taniyama (4/14) and Kano (3/21) carving a hole in the Lions middle order.

Dhanushka (34 runs) held his bat through most of the innings but when he eventually fell to Kano the Lions were all out soon after for just 82.

Kano was named man of the match for his all round performance. 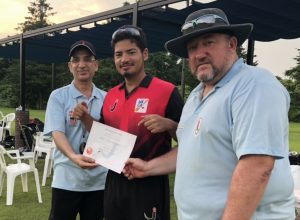 In match two the Lions were sent in to bat and again found scoring difficult on a trickey SICG pitch.

At no point during the innings were the Lions able to sustain a partnership of any substance but debutant former pro-baseballer Musashi Yamamoto at least provided one highlight with a towering six during his cameo innings.

Bebe Miyaji’s off spin proved particularly effective, claiming three wickets, as the Lions were bowled out for just 95.

In reply the Hurricanes were in early trouble at 29/4, thanks largely to a fiery opening spell from paceman Sameera Pathum (4/13).

Another ex-pro baseballer Shogo Kimura attempted to hit his team out of trouble with an entertaining 19 off just 8 balls before falling to Pathum. 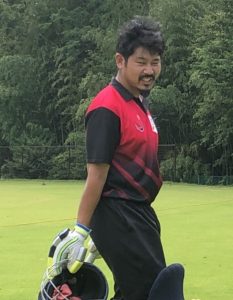 As the pitch settled down Nozomi Tomizawa and captain Tomoki Ota comined for a calming 49 run partnership, the Hurricanes reaching the target seven wickets down with an over to spare.

Tomizawa was awarded the man of the match, continuing his fine recent form across all formats.

The wins take the Hurricanes level on points in the JPL with surprise table toppers East Kanto Sunrisers.

As always, entry is free so come along and enjoy the action.