JCL Round Eight Report: MAX March on and Alpha’s Quashed 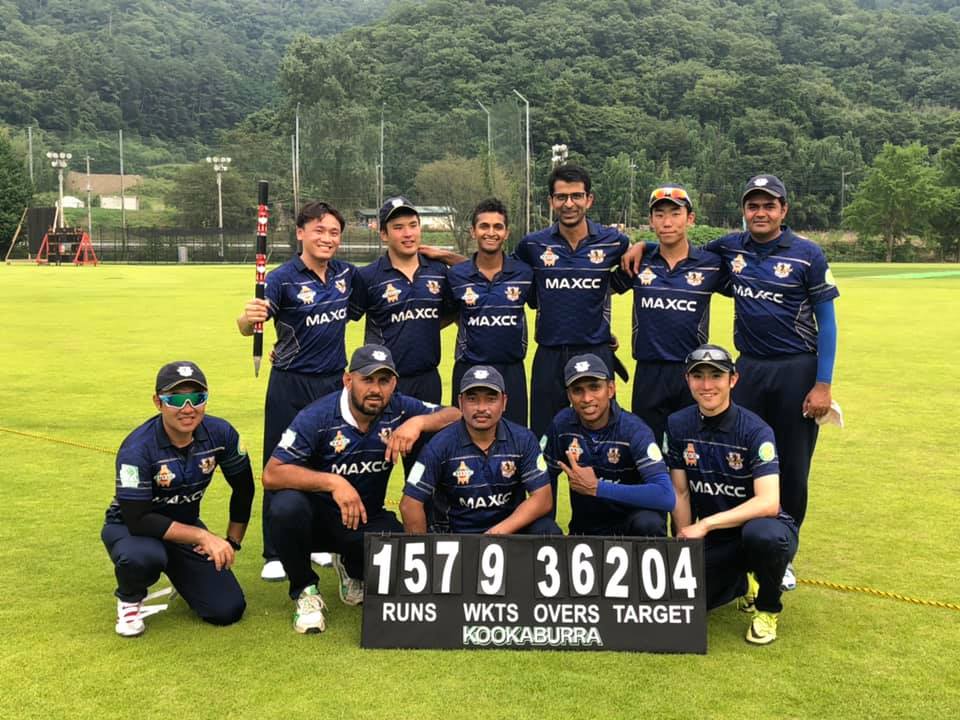 Wyverns return to form of late has propelled them to second in the table and seven points clear of fifth place. 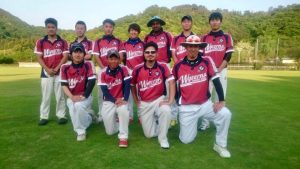 Wyverns – Aiming for the semi finals

Their most recent victory came over the Alpha Quashers of Yokohama, whom they dismantled thanks to low order run-scoring and early wicket-taking from Nozomi Tomizawa, who is enjoying a golden season after his move away from the Chiba Sharks.

Tomizawa was then one of a trio Wyverns bowlers to grab three wickets as he took 3/29, including the dangerous Rohit Kesari for a low score and top scorer Nilesh Kanugo for 31.

Spinners Raheel Kano (3/21) and Bebe Miyaji (3/14) finished things off for Wyverns who dismissed the Quashers for 119 inside 27 overs to win by 79 runs and earn what could prove a crucial bonus point.

Wyverns have the other two teams in the top three yet to play, while the Quashers seem to have an easier run in. 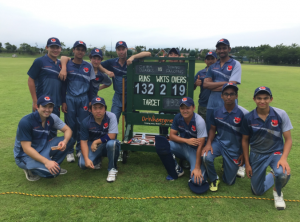 Chiba Sharks remain very much in the hunt as they sit third, level on points with Wyverns and now with a four point lead over the Quashers in fourth. Their latest victory was a simple cruise against the winless Tokyo Falcons.

The Falcons batted first and struggled to 131 all out in 37 overs. The tight lines of the Sharks bowlers yielded few rewards initially as Fenil Desai (37) threatened to post some sort of total for his team, but the introduction of Mahesh “Mystery” Kumar brought significant success. 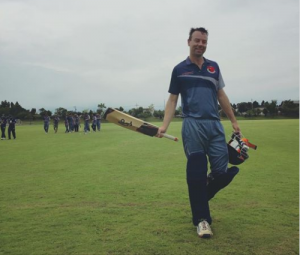 Kumar grabbed 4/16, and Kendel Fleming chipped in with 3/15 as the Falcons crumbled and Sharks celebrated.

The chase was a fairly simple affair after the loss of an early wicket. Dhugal Bedingfield grabbed another half century (54*) at better than a run a ball, while Fleming (41) joined him in a stand of 87 to break the back of the chase.

Arata Ueda made 21* from just ten balls to take the Sharks home by eight wickets inside 20 overs, and with matches against MAX and Wyverns to come they will be grateful for the bonus point earned here.

MAX remain top four points clear at the top as their season rolls on unabated. Batting first against the Men in Blue they had runs all down the order on their way to 203/7 in their 40 overs. Makoto Taniyama set the tone at the top with 37 while the in-form Ali Raza top scored with 43. 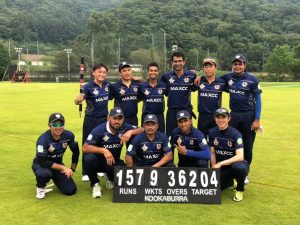 Ashish Jaiswal picked up 3/37 but with only five bowling options Men in Blue struggled to take wickets regularly.

MAX then struck early in the chase, the evergreen Takuro Hagihara (2/8) doing so in his first over before Taniyama’s leg-spinners ripped through the middle. His 3/21 included the scalp of Sarfraz Petkar, who was typically defiant with a flamboyant 50 from 48. This brought respectability to the scoreboard but one questions why the leagues fourth highest run-scorer was batting so low at number six.

It was not enough however, as MAX dismissed Men in Blue for 158 to win by a comfortable 45 runs and all but secure their spot in the semi finals.

The team sweating most about the play-offs will be the Tigers. Their match against the Tokyo Wombats was rained off without a ball bowled and they have matches against two of the teams below them still to go, the clash with Alpha Quashers in Round Ten could be seismic.