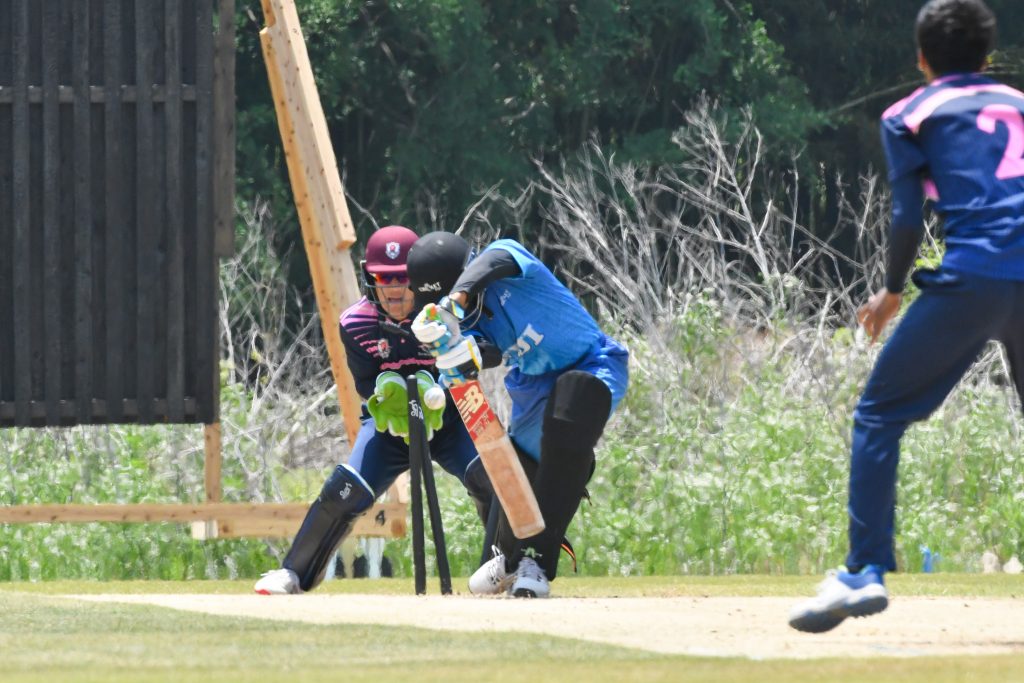 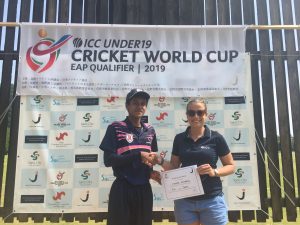 Japan defeated Fiji by four wickets to make it three wins from three in the ICC Under 19 Cricket World Cup Qualifier – EAP in Sano.

The victory was set up by young off spinner Yugandhar Retharekar who took 5/18 as Japan bowled Fiji all out for just 92 in 26.2 overs.

Retharekar was outstanding however, generating turn and claiming the best figures of the tournament so far.

Speaking after the match he said: “I am really grateful to people like Yumi Ishimoto of the Chiba My-Ys, my parents and the coaches from the JCA who have given us the opportunity to be here and compete for a place in the World Cup; it’s really exciting.

“Our plan today was to target the stumps take advantage of any uneven bounce in the wicket. I think we did that really well as six of our seven wickets were bowled and another was LBW.” 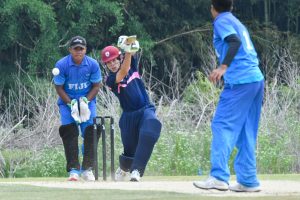 The Japanese batsmen made the chase look harder than it needed to be, and eventually dragged themselves over the line with four wickets and 26.3 overs to spare.

Marcus Thurgate (14) and Takahashi (16) were the main contributors once more, and the team is now set for a winner takes all clash against seven-time winners of this competition Papua New Guinea.

PNG enter the final round also having three wins from three, after another straightforward win against Vanuatu. Batting first PNG made 177 all out from 32.4 overs as Nono Chillia took 4/55 for Vanuatu and Guba Seura top scored with 35.

The fast bowlers for PNG were simply too hot for Vanuatu in response, Semo Kamea taking wickets regularly and ending with 4/28 from his 9.3 overs. PNG took all ten wickets for just 80 to win the match by 97 runs and further boost their net run rate.

The last round will take place on Saturday 8th June at the Sano International Cricket Ground and all eyes will be on the weather. In case of rain then Sunday 9th is a reserve day with teams due to depart on Monday.