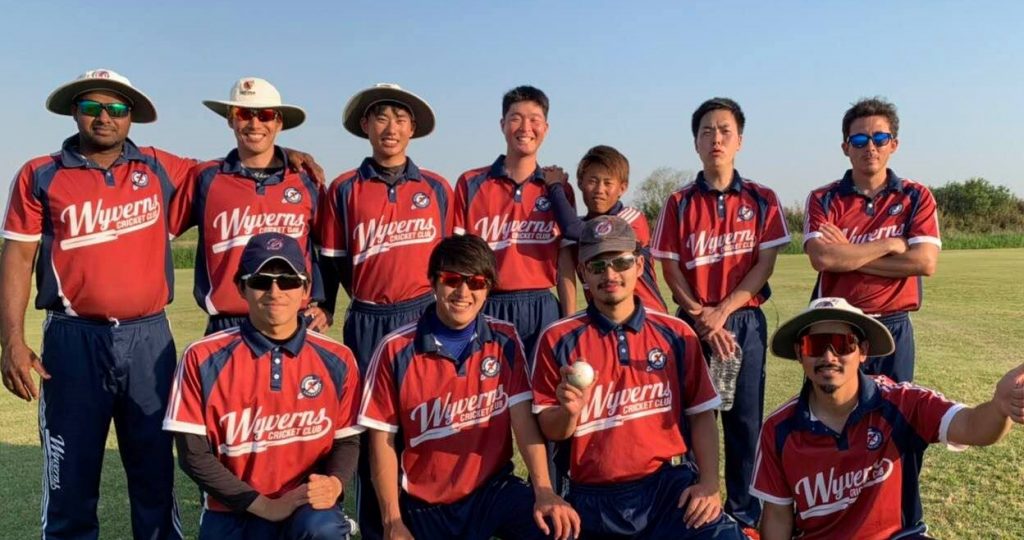 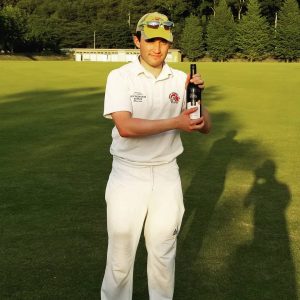 A topsy-turvy Round Four of the JCL concluded last Saturday, spread as it was across two weekends, with a couple of significant surprises.

The Tokyo Wombats pulled off the most impressive run chase so far this season, courtesy of a sublime 116* from opener Alex Patmore, as they defeated their age-old rivals the Chiba Sharks by three wickets.

Missing Captain Dhugal Bedingfield, the Sharks batted first and were in real strife at 69/5, but the tail wagged to great effect, mainly thanks to a counterattacking 52* from Muneeb Siddique which lifted the Sharks to 206/9.

The Wombats used six different bowlers who all picked up at least a wicket each, with Augustine Jacob the pick with 2/31, including a sharp caught and bowled to dismiss Neel Date, having put the same batsman down earlier in the innings.

The chase was always likely to rely on Patmore, who now sits top of the run scorer chart, and was lucky to survive a huge caught behind appeal when on just 17. That was off the bowling of 15-year-old off-spinner Yugandhar Retharekar, who finished with figures of 3/23, but Patmore’s masterclass was too good for the Sharks.

The other surprise of the round came when Wyverns returned to their 2017 form by shocking MAX by 50 runs to briefly go top of the table. Tomoki Ota found some form as he struck 45 in a total of 142/9 while Prabath Sankalpa bowled his eight overs for just 10 runs and collected two wickets along the way.

Nozomi Tomizawa (3/13) was the Wyverns hero with the ball as he dismissed in-form Masaomi Kobayashi and Supun Nawarathna with successive deliveries while Kohei Kubota also knocked over Kazumasa Takahashi to leave MAX reeling at 10/3.

Although there was some resistance from Thapa Bijaya (39) and Makoto Taniyama (27), Wyverns took the rest of the wickets for just 92-runs to win by 50 runs.

Tigers CC would end the weekend top of the table after brushing aside Men in Blue. Sabaorish 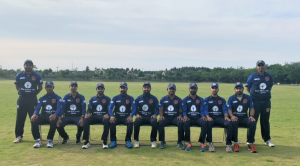 Ravichandran continued his form with the ball, grabbing 4/18 with his ripping leg-spinners with only Sarfaraz Petkar (39) having an impact with the bat.

Rahul Koul mastered the chase with 52* as the Tigers cruised home by seven wickets.

Alpha Quashers were the third team to be top during the weekend after a convincing win against Tokyo Falcons, who remain rooted to the foot of the table. 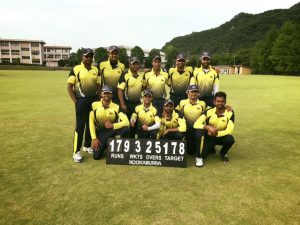 Raman Tanwar led the charge with 4/35 as Quashers took all ten wickets for 177, Manish Kapil the main contributor for Falcons with 54 coming in at number seven.

The Quashers made light work of the chase, knocking off the runs in 26 overs with seven wickets in hand thanks to 50* from Rohit Kesari and 40 at the top of the order from Nilesh Kanungo.