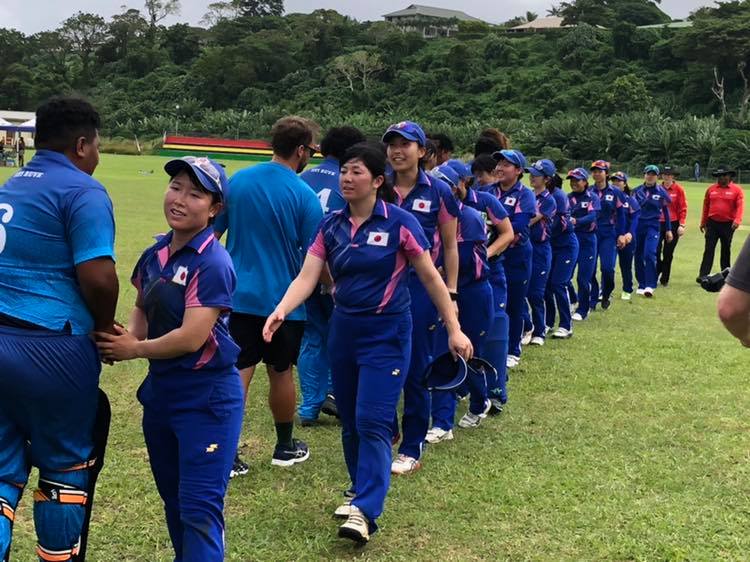 Japan Women had a mixed day in Vanuatu on match day three of the ICC Women’s Qualifier – EAP, recording their first win of the tournament but also a heavy defeat in their next game. 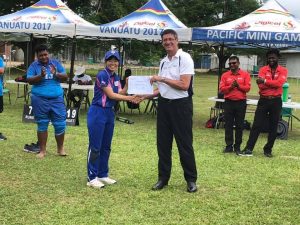 In the morning the opponent was Fiji, playing their first official tournament and, like Japan, without a win so far. Batting first Japan were in trouble after losing early wickets but youngster Eri Iko steadied the innings with 22 before veteran Shizuka Miyaji also made 22* at the end to boost Japan to 118/9 from 20 overs.

Excellent bowling in the second innings from Miyaji (2/19) and MVP Nao Tokizawa (2/7) put Japan in the driving seat before a fine spell and first wicket for Japan’s youngest ever female player, Ruan Kanai (1/11) squeezed Fiji further. They eventually finished on 87/8 after 20 overs as Japan won by 31 runs.

In the afternoon Japan encountered the tournament leaders and favourites PNG, who were rampant with the ball as they dismissed Japan for just 38, Kaia Arua taking five wickets. PNG chased the total down with ten wickets in hand in just 6.2 overs to stay on course for qualification.

In the other matches today Samoa comfortably defeated the hosts Vanuatu by 8 wickets to stay on the heels of PNG, before Vanuatu bounced back in the afternoon with a nervy win over Indonesia by 4 wickets.