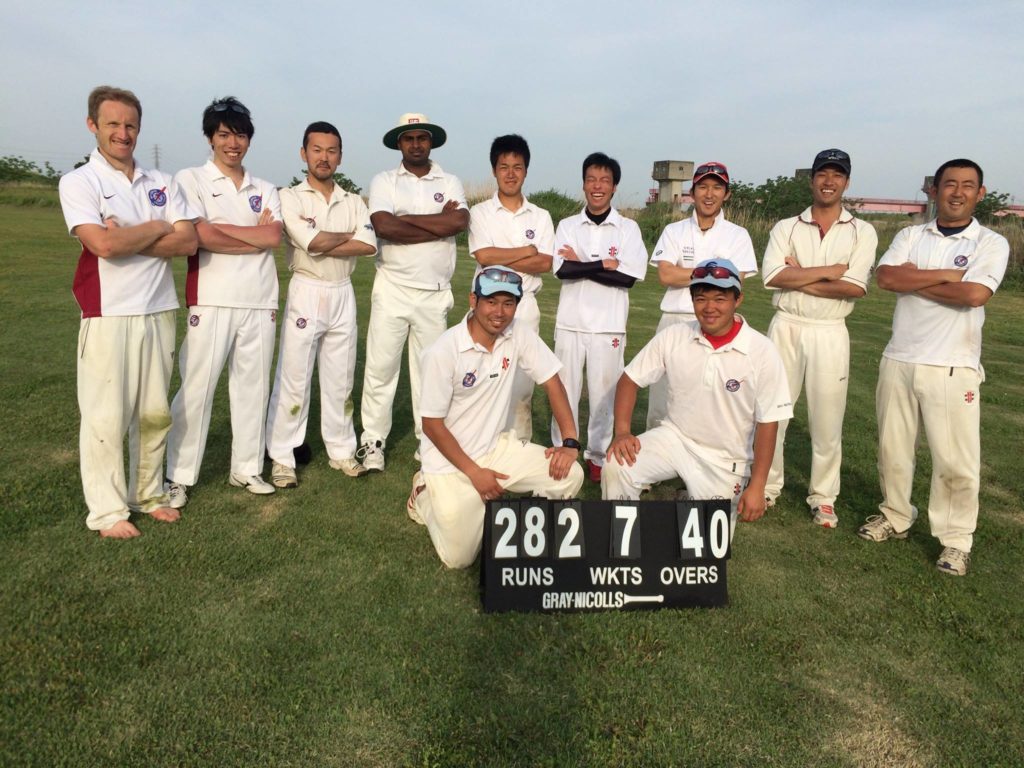 Tomoki Ota hit 99 as Wyverns defeated Paddy Foley’s by 71 runs to record their first win of the season. Japan Vice-Captain Ota hit four maximums in his 87-ball innings only to be clean bowled a single short of a maiden hundred.

Ably supported by Ken Okoshi, who passed fifty for the first time in Division One, Wyverns posted an imposing 282/7 from their 40 overs and Paddy’s were always struggling as they were dismissed for 210.

The innings moved Ota up to 2nd in the list of leading run scorers for the season, but former Japan international Alex Patmore remains on top after a 3rd score of 48 or more helped Tokyo Wombats maintain their 100% start to the season with a 46-run win over Sano CC.

Patmore’s 75 at the top of the innings pushed Wombats to 216/5 from their 40 overs as Sano desperately missed the bowling of leading wicket-taker in the Division Prabath Sankalpa. Sano never really got going in the chase as Zeeshan Naglekar grabbed 4/21 with Sano dismissed for 170 in 37.2 overs.

Sano had narrowly defeated MAX in the previous round, meaning the defending Champions were without a win going into the match against Tigers CC. Their stuggles so far this season were emphatically put behind them however, as they easily overhauled the Tigers by seven wickets in the final match of the round.

Winning the toss and opting to bowl first was proved a wise choice as the MAX bowlers all kept tight lines and wickets fell regularly. Takuro Hagihara proved the pick of the seamers with 2/9 from his five overs as Tigers were dismissed for 94 in just 34.4 overs. The chase was straightforward as MAX coasted home for the loss of three wickets inside 20 overs. Supun Nawarathna hit a run-a-ball 39 while Japan Captain Masaomi Kobayashi anchored the innings.

Looking ahead to the weekend, the tie of the round is the clash between the two unbeaten teams of the season; the Chiba Sharks and Tokyo Wombats who will lock horns at the Fuji Grounds on Saturday 14th May. Meanwhile Paddy Foley’s will go up against MAX and Wyverns face off against Sano in the Sunday matches.