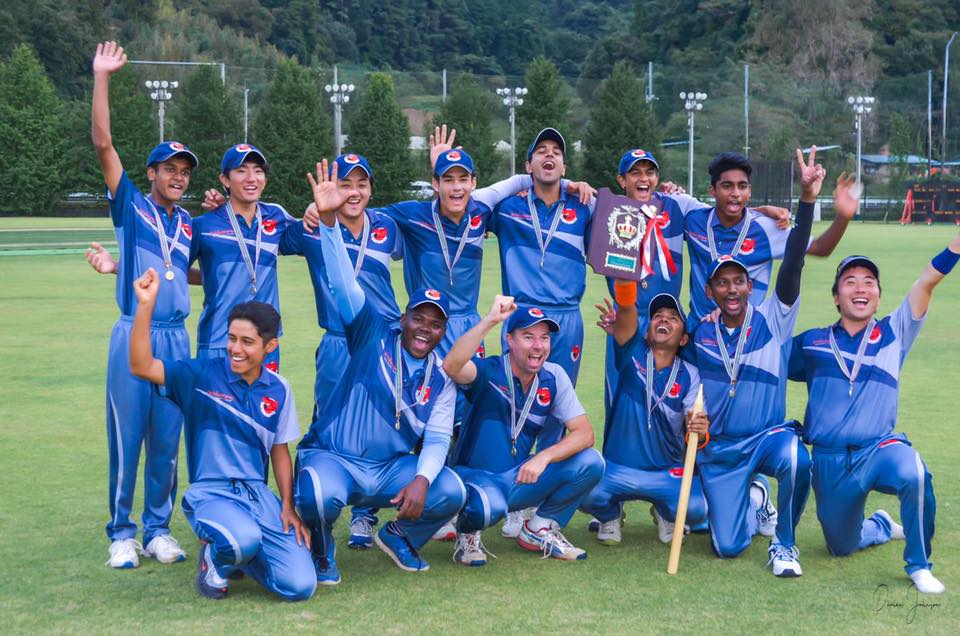 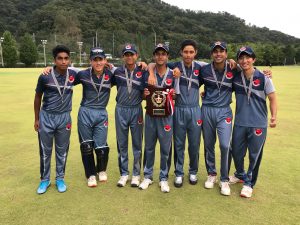 The Sharks, spurred on by the painful defeat at the hands of their same opponents a year ago, proved irresistible on the day as MAX CC paid for a loss of form late in the season.

The win was built on the foundations laid by the Chiba My-Ys junior program, who had seven players in the match day squad of 13 and gives the sense that the Sharks could be poised to become the dominant force in Japan for years to come.

Winning the toss and opting to bat MAX made an early breakthrough when Kazumasa Takahashi (2/50) removed Neel Date, but captain Dhugal Bedingfield (22) and Davian Johnson (39) knuckled down to build a platform for their team, the former making sure he topped the run scoring charts for the season.

At 54/1 the Sharks were swimming nicely, only to get caught in the spinning web of the MAX spinners. First Bedingfield gave a return cath to Prabath Sankalpa (3/30), and then Makoto Taniyama (2/29, which made him the top wicket-taker in the JCL) and Vinay Iyer (1/24) took out the middle order.

The Sharks were in desperate need of a rescue mission and, not for the first time this season, Tsuyoshi Takada was the man for the moment. His 55 from 60-balls impressed the viewing public and was described as “exceptional” by his captain afterwards. 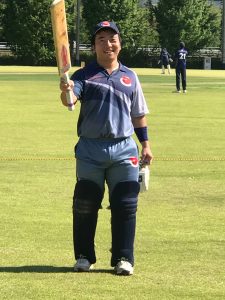 Takada – Raising the bat to the adoring crowd

That knock, and a rollicking 24* from 11 balls by Muneeb Siddique, lifted the Sharks to 204/8 and was Takada’s fourth half century of a breakthrough season for him with the bat, having made just two in the previous four seasons.

In defending their total the Sharks set about the MAX batting with fierce determination, the memory of that 173-run opening stand of a year ago burning brightly as Siddique (2/22) dismissed Vinay Iyer for just 7 to make sure he could not repeat the dose.

Taniyama was the other opening batsman on this occasion, with Masaomi Kobayashi relegated to batting at number seven, and he curbed his attacking enthusiasm in a valiant attempt to keep his side in the contest, but eventually the task proved too much.

The Sharks took wickets regularly and never allowed Taniyama to get away, his 39 coming from 80 deliveries before he was the ninth MAX wicket to fall, as Yugandhar Retharekar earned the prize wicket to cap his own breakthrough season as he finished with 14 wickets and the best economy rate (3.01) of any bowler to play more than one match.

Sankalpa tried to recreate his semi-final heroics as he slammed a couple of maximums in a run-a-ball 25 at the end, but was the final wicket to fall as Siddique returned to complete the victory and spark Sharks celebrations that were richly deserved. The final margin of victory was 56 runs as MAX were all out for 148 with six different Sharks bowlers chipping in to show their strength in depth.

The Sharks will now be hoping to go on and create a strong legacy that can bring dominance to the top division, while MAX will be expected to once again go searching for talent around Japan to bolster their already rich resources. 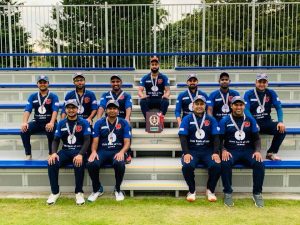 The Division Two title between the already promoted Rising Stars and Sano CC was rescheduled due to bad weather, while the Division Three Final was won by the Tigers as they defeated the Men in Blue by 91 runs.

Congratulations to everyone involved in making the 2019 JCL season such an enjoyable one and thank you to the committee for their hard work in organising the competition.