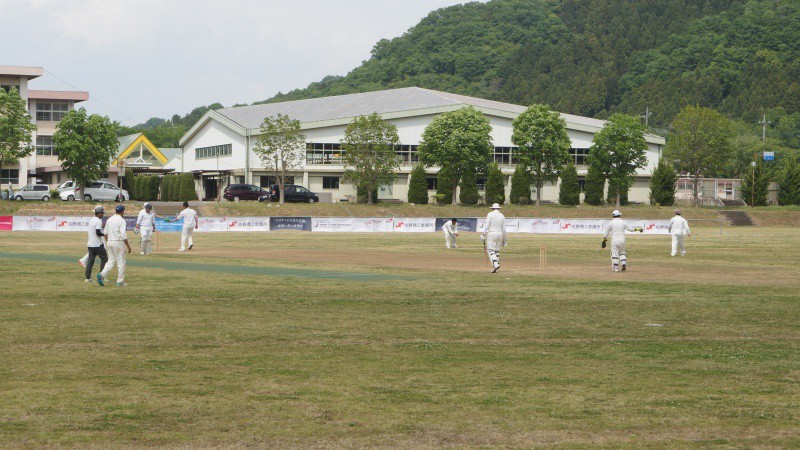 The only two unbeaten teams in the Japan Cricket League One met at the SICG on Sunday. For Sano CC, a club suffering some fallow seasons since their hat-trick of titles from 2011-2013, this was a chance to make the point to the rest that they mean business in 2017, and they did just that with a narrow, nervous two-wicket win over Chiba Sharks.

Batting first the Sharks were immediately in trouble as Prabath Sankalpa surprised them by taking the new ball with instant rewards. Both openers fell to Sankalpa, who finished with 3/24, and Sharks desperately needed someone to anchor the innings.

Marcus Thurgate (26), then Pavethy Velusamy (27) were the only players able to score readily before Vivek Singh struck a six-ball 21 coming in at number 10. The batting had no answer though, to the leg-spin of Raj Pardan who went top of the wicket-taker charts with 5/42.

The Sharks total of 119, in just 28.3 overs, never looked enough but they were sure to make Sano work for the win, and Rui Matsumura (2/10) did just that as he gained prodigious swing to remove both openers.

Although wickets fell regularly, an uncharacteristically studious 22* from 51 balls by Uddika Pradeep steered his team to the required total with 7.5 overs to spare.

The surprise package of the season so far has been Wyverns, who thanks to the Sharks loss have moved into second place in the table. While last season Wyverns managed just two wins, both over Paddy Foleys, this year Paddys are the only team to beat them.

They followed up from defeating last year’s semi-finalists by defeating the 2016 Runner’s Up, Tigers CC, by 54 runs at the SICG on May 6th.

The win was build on the lower order batting of Oshantha Nanayakkara (47) and Shodai Yamada (31) who propelled them to 175/9 from their 40 overs. Yamada then grabbed two wickets in his first over to muzzle the Tigers before they even got started. 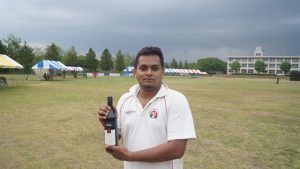 The defeat leaves Tigers staring up from the bottom with no wins from three, overtaken by the Tokyo Wombats who earned their first win of the season by knocking over Paddy Foleys.

The 65-run win was mainly thanks to a 95-run opening stand by Alex Patmore (68) and Richie Bracefield (49) which revived memories of last seasons early form as Wombats posted a season high 246/8, despite four wickets for Noman Watanabe.

Paddys made a good go of the chase, being bowled out for 181 in 33 overs with Yusry Mohideen the pick of the bowlers as he grabbed 4/28.

The other fixture, between Alpha Quashers and MAX CC became the first casualty of the season to inclement weather as it was washed out with out a ball being bowled.