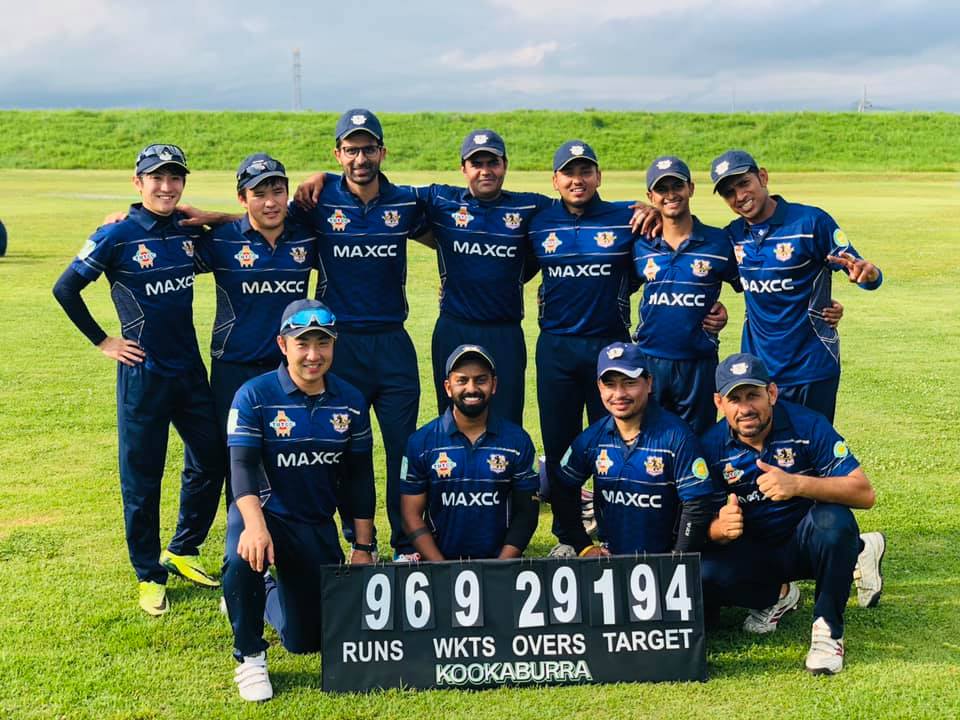 It is tight at the top of JCL Division One with just a single point separating the top three teams as the season approaches halfway.

MAX CC bounced back from their surprise defeat in Round Four by delivering a clinical display to topple the Tigers from the top spot.

A rare JCL appearance from T20 specialist Ali Raza proved key for MAX as the big hitter struck five maximums on his way to 50 off 44 balls, and was aided by Thapa Biyaja whose 42 helped the batting side to 193 all out.

Sabaorish Ravichandran keeps taking wickets, his 3/24 the best Tigers bowling figures once again, but his batting form remains a concern for his team. The chase proved hard work as wickets tumbled regularly thanks to tight lines from the MAX bowlers with Raza (2/23) again to the fore, dismissing both openers.

Makoto Taniyama (2/15) finished with the best figures but Talha Tanveer (1/11) and Prabath Sankalpa (1/10) proved proved difficult to get away and grabbed key wickets which led to MAX bowling the Tigers all out for just 96 to register a significant 97-run victory. 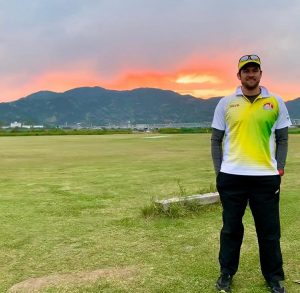 Tokyo Wombats, buoyed by their recent win over Chiba Sharks, made light work of Wyverns, who had conquered MAX in the previous round. This league is nothing if not unpredictable.

Batting first Wyverns made a solid start through Wataru Miyauchi (41) and Raheel Kano (25) in an opening stand of 69, but two run outs in quick succession opened the door for Wombats to charge through, and charge they did.

What could have been a tricky chase was made to look routine by the Wombats. Richie Bracefield decided to go hard up front, smashing 58 from 40 balls before succumbing to a grenade from Kano. His opening stand of 96 with Alex Patmore (47*) broke the back of the chase and Wombats duly recorded their second win in succession by eight wickets.

With nine points to their name the Wombats are just three behind Wyverns in fourth place while Patmore and Bracefield now sit first and second in the run scorers charts for the season. Mockery may yet be made of predictions for a season of struggle for this lot.

The final match of the round, after Chiba Sharks vs Alpha Quashers was washed out, was the battle of the newly promoted sides. At the start of the season many had expected the Falcons, unbeaten in 2018, to fare better, but thus far the Men in Blue have adapted better to life in the top tier. 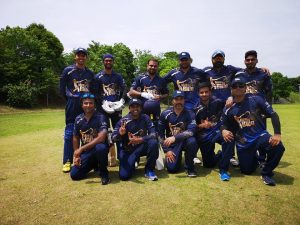 This match went to form as 40s from Sanket Pandhari (46) and Abhi Telang (41) lifted MIB to 215/9 from their 40 overs, the only side of the round to use their full allocation. Manish Kapil grabbed 3/25 for the Falcons.

The chase started badly and got worse for the side bottom of the table. Ashish Desai (2/16) dismissed Shailaj Lal with the very first ball while Vikash Ranjan (2/29) also struck in his first over to have both Falcons openers back in the hutch without scoring.

At 149/8 the game looked over but a defiant 49 from Sameep Dawar gave hope to Falcons, but MIB dug deep and Gurdeep Dua took two key wickets to secure the win by 18 runs.

Men in Blue now lie fifth, above the Chiba Sharks who are without a win in three, and just a point off fourth. Round Six awaits with more big clashes and nobody yet pulling away at the top.