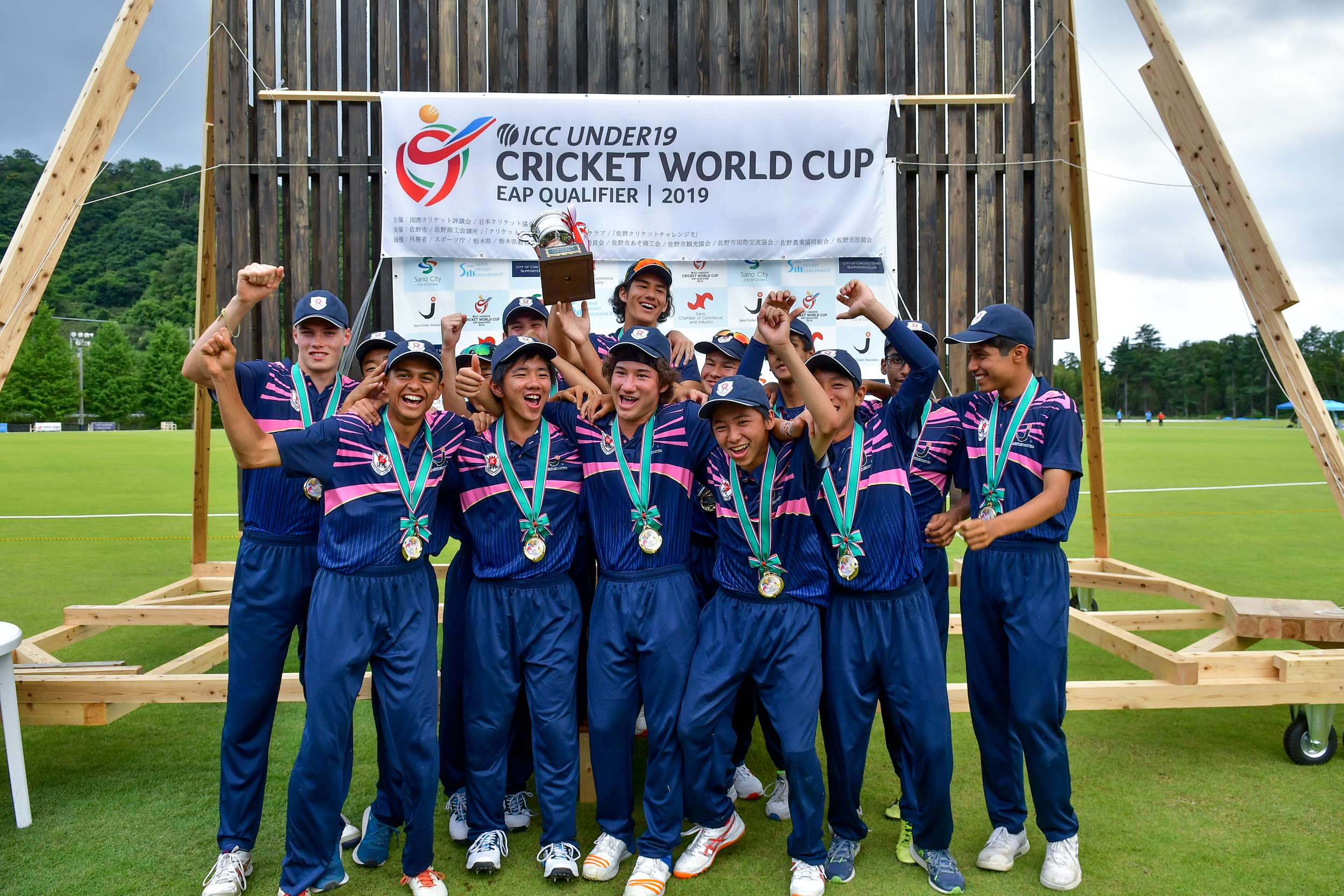 The Under 19 Cricket World Cup Qualifier EAP was held in Sano in June 2019 and was the first time that Japan had fielded a team in this age group since 2011.

Head Coach for the tournament was Dhugal Bedingfield while Marcus Thurgate was named captain. The tournament included teams from Fiji, Papua New Guinea, Samoa and Vanuatu.

The young Japan team produced some inspired individual performances throughout the event; Kazumasa Takahashi scored 68 runs against Samoa in the opening match while Marcus Thurgate also scored two half centuries in the tournament to win the best batter and best player of the tournament.

Victory in all their matches meant that Japan had qualified for their first ever ICC Global Event, the ICC Under 19 Cricket World Cup which would take place in South Africa in January & February 2020.